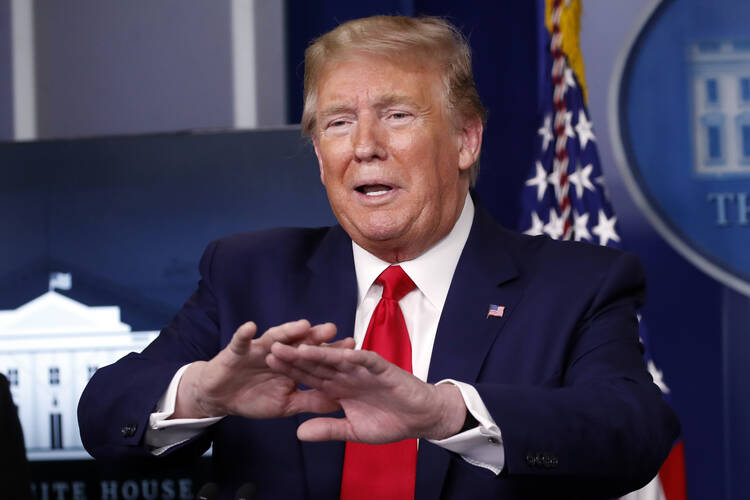 Two of the past three presidents, including Donald Trump, have been elected by the Electoral College while losing the national popular vote. (AP Photo/Alex Brandon)

In the presidential election of 2000, George W. Bush won a majority of the Electoral College while Al Gore won the popular vote by a margin of more than 500,000. In 2016, the Electoral College winner, Donald J. Trump, polled almost three million fewer votes than his opponent, Hillary Clinton. Some political scientists predict more split results like these if current projections hold true and the population becomes more concentrated in fewer states. One reason is that small states each get at least three electoral votes regardless of population size—a form of disproportionate representation that raises profound issues for our democracy.

Even before these elections, there had been serious efforts to reform or abolish the Electoral College. In 1969, the U.S. House of Representatives approved, by a substantial majority, a constitutional amendment, which I assisted in formulating, to implement a national popular vote system for electing the president and vice president, but the amendment later died in the Senate without a vote on its merits.

The framers of the Constitution rejected a national popular vote for president, believing the people were not ready for such a system.

Previous attempts to end the Electoral College have failed because reformers have differed on how to change the system and because opponents have argued that the Electoral College has both provided stability and ensured representation for all states. But does fundamental fairness require that every vote be equal in a presidential election because the president is elected to represent all of the United States? This one-person, one-vote principle prevails in all other U.S. elections and was at the core of the amendment that passed the House in 1969. It is also embraced by the National Popular Vote Plan, which I will discuss later in this essay.

The framers of the Constitution rejected a national popular vote for president, believing the people were not ready for such a system. George Mason, a delegate from Virginia, said, “It would be unnatural to refer the choice of a proper character for chief magistrate to the people, as it would to refer a trial of colors to a blind man.”

Some of the framers expressed concerns that the people would not be sufficiently informed of candidates beyond their own states and would vote for those they knew from their own states, leading to domination by large states, such as New York and Massachusetts. At least one framer worried about the people being misled by “designing” men. Others suggested that a popular election would not lead to a consensus on a single, national candidate after Washington left office. James Madison argued that the Electoral College would express the will of the people if the people chose the electors.

As Alexander Hamilton envisioned, the choice of president “should be made by men most capable of analyzing the qualities adapted to the station.”

The framers ultimately chose a process of selection by presidential electors—who, in turn, would be chosen in each state by a method decided by the state legislature. As Alexander Hamilton envisioned, the choice of president “should be made by men most capable of analyzing the qualities adapted to the station.” He added that a “small number of persons, selected by their fellow citizens from the general mass, will be most likely to possess the information and discernment requisite to such complicated investigations.”

So why was there a serious effort to abolish the Electoral College in 1969? The previous year, a third-party candidate, Gov. George Wallace of Alabama, had almost received enough electoral votes to deny either major-party candidate a majority. He wanted to prevent anyone from winning a majority so he could use his electoral votes as leverage; his plan was to ask his electors to vote for the major-party candidate who voiced stronger support for his segregationist policies. It is not clear if Wallace could have gotten those electors to follow his instructions, but the incident still raised concerns in both parties that the electoral process could be hijacked.

What the framers envisioned in their design—a kind of blue-ribbon commission with members from every state to select the most suitable person to be president—never really materialized. When George Washington, twice a unanimous choice for president, retired, the inherent defects of the Electoral College became obvious. In the election of 1796, one presidential elector cast his vote for president contrary to his instruction as a chosen elector of the Federalist Party, leading one citizen to say: “Do I choose Samuel Miles [the elector] to determine for me whether John Adams or Thomas Jefferson is the fittest man for president?... No, I choose him to act, not to think.”

What the framers envisioned in their design—a kind of blue-ribbon commission with members from every state to select the most suitable person to be president—never really materialized.

By 1826, a Senate select committee concluded that electors had “degenerated into mere agents, in a case which requires no agency, and where the agent must be useless, if he is faithful, and dangerous, if he is not.”

From the beginning, states experimented with different methods of selecting presidential electors, mostly by state legislatures, by the winners of congressional districts (as Maine and Nebraska elect delegates today) or by giving all of a state’s delegates to the winner of the statewide popular vote.

By the middle of the 19th century, the statewide popular vote had become the dominant method of selecting electors. James Madison had remarked in 1823 that, although he preferred voting by district, winner-take-all voting was “the only expedient for baffling the policy of the particular states which had set the example” by adopting that system. In other words, states could maintain their political clout only by going along with the winner-take-all method.

How to win with fewer votes

If the idea of an independent Electoral College did not survive the first few presidential elections, another principle has persevered: that each candidate’s breadth of geographic support is more important than raw vote totals.

Following the establishment of the current two-party system just before the Civil War, popular vote winners lost the Electoral College by small margins in 1876 and 1888. This split did not occur again until 2000 and then 2016, when Democrats won several large states by wide margins, adding to their national vote total without helping them in the Electoral College. But small shifts in votes would have given the election to the popular vote loser in a number of other elections (1844, 1884, 1888, 1916, 1928, 1948, 1960, 1976 and 2004).

Not surprisingly, there have been many proposals of constitutional amendments to change the system. In addition to choosing the president by national popular vote, the proposals have included: awarding electoral votes according to the winner of each congressional district (again, James Madison’s preference); proportional representation by state (so that a candidate who wins 40 percent of the vote gets roughly 40 percent of the state’s electors); and codifying what most states do now (giving all electoral votes to the popular vote winner in each state) to prevent “faithless electors” from voting their personal preferences.

A more inventive solution is the National Popular Vote Interstate Compact, which was developed after the 2000 election. As of now, 15 states and the District of Columbia have entered into an agreement under the Constitution’s interstate compact clause to award their electoral votes (now totaling 196) to the national popular vote winner—provided that states with at least 270 electoral votes join the compact. Effectively, the plan is an end run around the need for a constitutional amendment providing for a popular election of the president. Students in Fordham Law’s Democracy and the Constitution Clinic have endorsed the plan but added that it should be implemented with ranked-choice voting to ensure that the winning candidate ultimately receives a majority of the national popular vote.

None of these proposals are likely to be enacted before the election of 2020, when the major-party nominees will be cherry-picking the states in which to campaign and spend money in an effort to secure the necessary 270 electoral votes to win the election. But hasn’t the time arrived for the candidates to pursue votes wherever they exist in the country? True, the states with the largest populations might have more influence over election outcomes than they do now. But most elections would still be close, so candidates would need to appeal to voters across the country, which could encourage moderation in the country’s politics.

None of these proposals are likely to be enacted before the election of 2020, when the major-party nominees will be cherry-picking the states in which to campaign.

As Gouverneur Morris declared at the Constitutional Convention of 1787: “[If the president] is to be the Guardian of the people, let him be appointed by the people.”

In endorsing the National Popular Vote Plan in 2006, former U.S. Senator Birch Bayh of Indiana, who was the principal sponsor in the 1970s of an amendment to abolish the Electoral College, observed: “In the United States…one person, one vote is more than a clever phrase. It’s the cornerstone of justice and equality.” 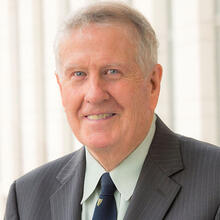 John D. Feerick is a professor at Fordham Law School in New York. He was the dean of Fordham Law from 1982 to 2002.