Cardinal Dolan’s praise for President Trump was a pastoral failure 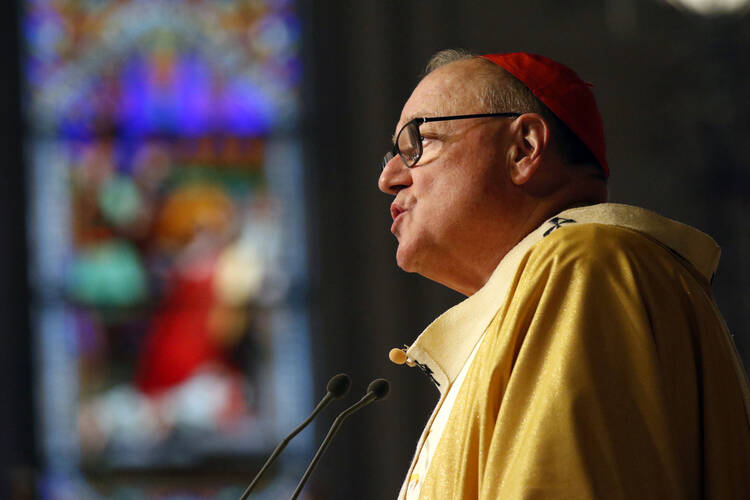 Under normal circumstances, a cardinal doing multiple public interviews—including an interview last Friday with America—in the midst of a controversy about the church’s engagement in politics would be a sign of hope. Too often, church leaders have responded to such tensions by being mostly invisible in the face of criticism. But last week’s circumstances were anything but normal, and these interviews highlighted a pastoral failure to recognize the actual pain and fear that many Catholics are suffering.

On Saturday, April 25, Cardinal Timothy Dolan, the archbishop of New York, was one of the principal voices on a conference call between President Trump and hundreds of Catholic leaders, appealing for financial support for Catholic schools; audio of that call leaked and was reported shortly after it concluded. Cardinal Dolan then gave a special welcome to the president during the live stream of last Sunday’s Mass from St. Patrick’s Cathedral, which Mr. Trump said he planned to watch. The next morning, the cardinal made an appearance on “Fox & Friends” in which he praised the president for his sensitivity “to the feelings of the religious community.”

These interviews highlighted a pastoral failure to recognize the actual pain and fear that many Catholics are suffering.

Many Catholics were outraged, some because they oppose any support given to Mr. Trump under any circumstances but many more because the bishops did not challenge the president or voice reservations about his policies. Their response—their grief and frustration and anger at what they see as the misuse of the faith they love—was entirely foreseeable. That the bishops did not take into account the predictable response of many in their flock represents a pastoral failure, the effects of which may outlast any good done in securing federal support for Catholic schools on the conference call.

I have written about these “pastoral failures in communication” before. This has, of course, been most evident in the church’s handling of the sexual abuse crisis but can also be seen in the bishops’ struggle to give simultaneous voice to Catholic concerns for immigrants and the unborn.

I am not going to dwell here on the strategic or moral arguments for or against the narrow focus on Catholic education adopted in the conference call. Matt Malone, S.J., America’s editor in chief, has already explained his understanding of that reasoning, and our readers have responded, both to him and to Cardinal Dolan, with questions and critiques.

Too often, our bishops respond by answering the questions that they wish people had instead of the ones they actually do have. It is a pastoral failure of communication that stems from a failure to listen.

Instead, I will try to explain what I understand to be the root of this pastoral failure. In his America interview, Cardinal Dolan responded to a question about the criticism of the conference call by saying that engaging with political leaders “risk[s] criticism on both sides.” The cardinal also argued that these reactions have become more destructive and toxic in the present political and media environment. While it is certainly the case that Mr. Trump is uniquely divisive, the anguished responses to Cardinal Dolan’s interviews last week are not only a sign of intense political division. They are even more importantly evidence of a problem of pastoral judgment.

Cardinal Dolan’s response focused on the inevitable criticism from both sides instead of addressing the actual hurt being expressed. And that is the root of the problem: Too often, our bishops respond by answering the questions and criticisms that they wish people had or that they think that people should have instead of the ones they actually do have. It is a pastoral failure of communication that stems from a failure to listen.

In the conversation between Father Malone and Cardinal Dolan on Friday, the criticism of the conference call—unfortunately, neither addressed the Fox interview directly—was framed in terms of political partisanship set against, in the cardinal’s words, “the sacred enterprise of accompaniment and engagement and dialogue.” Under this framing, the conversation turned to the history of Catholic political involvement, with the accurate conclusion that Catholics must engage and dialogue with leaders from across the political spectrum, even when they are critiqued for doing so.

The most significant and trenchant critique of Cardinal Dolan is not for attempting to engage with Mr. Trump but for the manner in which he did so.

That claim about engagement and dialogue is true and important but does not respond to the present circumstances. The most significant and trenchant critique of Cardinal Dolan is not for attempting to engage with Mr. Trump but for the manner in which he did so, especially for his expression of admiration for the president. While Cardinal Dolan’s “salute” to the president’s leadership in the Fox News interview was paired with a salute to New York’s state and local leadership as well, that “both sides” balance does not defuse the problem.

To be sure, Mr. Trump’s most strident critics oppose any engagement with him on any topic, and perhaps those people need to hear a detailed defense of accompaniment and dialogue with political figures from across the spectrum. But many more Catholics—as evidenced in the comments both on the pieces America has published on this topic and in our live-streamed interview with the cardinal—are dismayed and saddened that Cardinal Dolan’s praise for Mr. Trump seemed to them to offer a counter-witness to the Catholic commitment to the marginalized communities the president so often attacks and denigrates.

In Friday’s interview, Cardinal Dolan said he was aware of the criticisms of the conference call but had not seen them firsthand. This is an unfortunate incuriosity from one of our shepherds about how his words are being heard and received by the flock. And that failure to listen paired with an explanation of the need for engagement works, in practice, as a kind of argument from authority. Instead of being convincing, however, it tends to undermine the authority of our bishops as witnesses to the fullness of the Gospel.

Catholics who know that the real questions they are asking have not yet been heard should continue asking them, trusting that in the very asking, God is already at work.

I do not believe that this is what Cardinal Dolan set out to do. He did not mean to praise Mr. Trump in the hearing of people for whom such praise strikes against the heart of their faith. As I rewatch the cardinal’s “Fox & Friends” interview, I see a pastor trying to establish rapport with the people he sees in front of him—in this case the hosts and through them, an audience supportive of the president. He even tried to remind the audience that he can also get along with Democratic politicians in New York. This was an effort to, as St. Ignatius would say, go in by their door. Cardinal Dolan is a master of this approach, capable of conversation and engagement with nearly anyone.

Cardinal Dolan defends comments about Trump, argues he has critics on both sides
Michael J. O’Loughlin

But no public figure in today’s media environment can choose their own audience. Even more so, the cardinal archbishop of New York City cannot address just part of the church when speaking on cable news about the president of the United States. In this case, going in by one door slammed another shut.

Bishops have a threefold duty to teach, sanctify and govern the church, and these responsibilities frequently overlap. Bishops speaking on a conference call, fulfilling their duty to govern their local churches by securing resources for Catholic schools, are teaching the church by their words and example at the same time. What happened last week is that a large part of the church responded not only to the strategic choices the bishops and Cardinal Dolan made in support of Catholic education but also to what those choices, both to engage with and to praise Mr. Trump, taught.

That response, in its grief and pain, answered a question the bishops did not realize they were asking. Nonetheless, the Holy Spirit continues to speak through the experience of the people of God, calling the church to greater fidelity. The church’s leaders should listen carefully. And Catholics who know that the real questions they are asking have not yet been heard and understood should continue asking them, trusting that in the very asking, God is already at work. 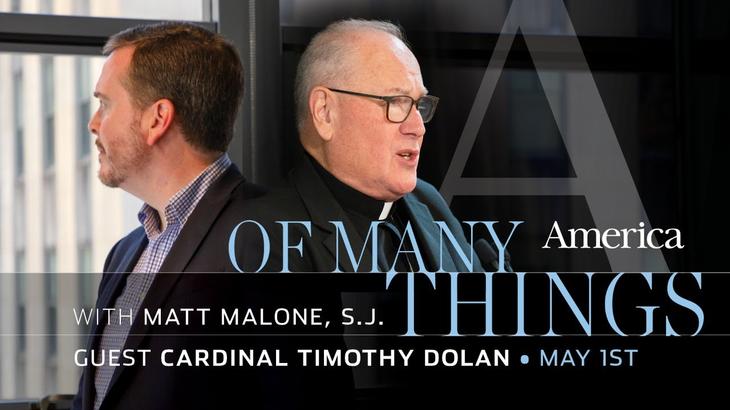