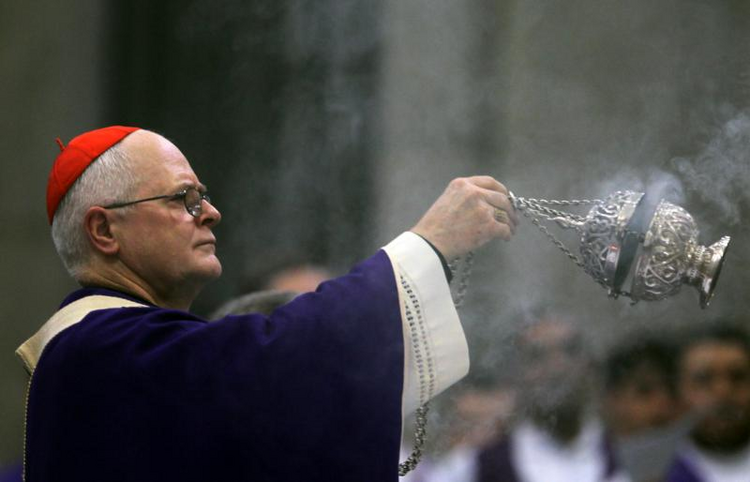 Brazilian Cardinal Odilo Pedro Scherer of Sao Paulo is pictured celebrating Mass at the Sao Paulo Cathedral in 2013. The archbishop announced March 5, 2020, the creation of a commission to investigate allegations of sexual abuse in his archdiocese. (CNS photo/Paulo Whitaker, Reuters)

SAO PAULO (CNS) -- The Archdiocese of Sao Paulo announced the creation of a commission to investigate allegations of sexual abuse linked to the Catholic Church.

Cardinal Odilo Scherer of Sao Paulo said the measure follows Pope Francis' May 2019 document establishing new procedures for reporting abuse and violence within the Catholic Church. He said the commission will not only receive reports of sexual abuse committed by clergy and religious, but it will look at all areas of the church's life in order to prevent abuse.

"It will not be a court, nor will it issue sentences," he said. Any action would "be done by the ecclesiastical court," the cardinal told the weekly Catholic newspaper, O Sao Paulo.

The commission will include priests, deacons, religious and laypeople with training in philosophy, theology, psychology, and canon and civil law.

According to the archdiocese, if the accused is a priest from the diocese in which the complaint is made, or from another diocese, an investigation must be carried out in the respective diocese and then given the appropriate referral: to the local ecclesiastical court or to the Vatican.

If the accused is a religious clergy without a diocese, or religious who is not a clergy, the complaint will be passed on to the respective superior of the religious order.

In addition to providing psychological assistance, the commission will inform the victims and/or their guardians about the ways to report the alleged crimes to civil authorities.

"We hope that this can help not only our clergy and religious, but all the people and our community to be very alert to this issue of sexual abuse," said the cardinal.

The cardinal noted that, even before the creation of the commission, the archdiocese had looked into several complaints and even dismissed clerics after investigation and judgment of the cases.

During the past few years, local media have reported complaints of abuse committed by religious. Some of these complaints were discarded while others were dealt with individually. This is the first time the archdiocese has officially discussed overall measures to investigate and punish those responsible.

Lise Alves - Catholic News Service
Show Comments ()
Join the conversation: Login or create an account
Before you can comment, you need to update your profile to include your first and last name, as required in our comments policy. Then reload this page and you'll be set up for commenting. Update your profile
Show Comments ()
Comments are automatically closed two weeks after an article's initial publication. See our comments policy for more.