Is there room for civil dialogue in the comments section?

Is there room for civil dialogue in the comments section? 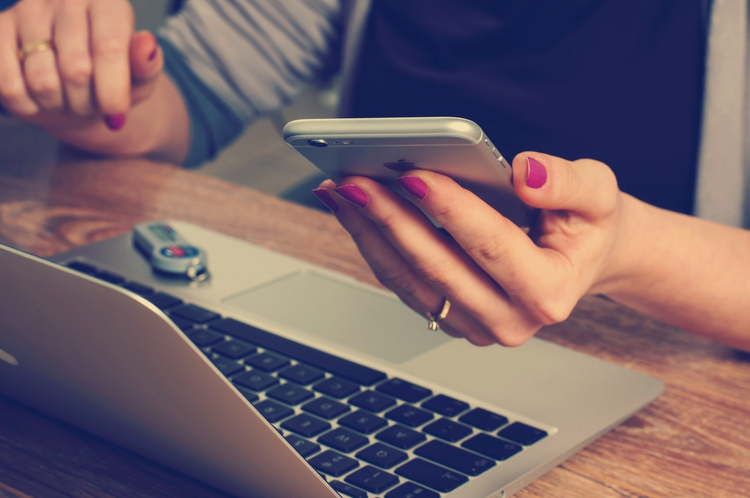 Photo by William Iven on Unsplash

The last time Father Malone left this column in my care (4/3/17), I made an argument for reading the long form of the Gospel when the Lectionary gives us that option. Today I’m going to make an even more shocking reading recommendation: You should read the comments.

At least, you should read America’s online comments, which we improved and relaunched at the beginning of November last year. I am not so foolish as to suggest reading all comments, everywhere, indiscriminately. There’s a reason “Don’t read the comments” has become perhaps the most often given—and maybe also the most frequently ignored—advice on the internet.

There’s a reason “Don’t read the comments” has become perhaps the most often given—and maybe also the most frequently ignored—advice on the internet.

Yet there is something to learn there, both about why we give that advice to one another and also about why so many of us (myself most certainly included) are tempted to brush it off. “Don’t read the comments” reflects an understandable despair at the usual level of discourse found in comments sections, even at publications with otherwise admirable editorial standards and well-informed, well-intentioned readers. It is all too easy to find examples of people talking past each other or getting pulled into pointless arguments by trolls whose goals are merely to score points for their side or to provoke a reaction and derail a discussion independent of any ideological aim.

That we are pulled in to the comments anyway, despite these problems, testifies to how much we desire conversation. We are deeply, sometimes almost obsessively, curious about what other people think and how they think and why. And sometimes a viewpoint we disagree with is even more fascinating than one that echoes our own thinking. At its best, such curiosity about someone who thinks differently is a kind of broad-minded charity, but it can become self-serving and narcissistic, leading to the sort of trolling that has made many comments sections dismal.

We are deeply, sometimes almost obsessively, curious about what other people think and how they think and why.

Around a year ago, I was almost ready to abandon our comments section. On my list of responsibilities for America’s digital platforms, moderating the comments was the one that most reliably inspired frustration. The task was guaranteed to be thankless and also frequently felt pointless, as I cleaned up the worst aftermath of threads where people had been yelling at each other without really engaging in any conversation. The thing that stopped me from joining colleagues at other publications, including some in the Catholic media, that have given up comments, beside my own habitual temptation to read them, was America’s commitment to “lead the conversation.” How could we lead a conversation we weren’t willing to have?

We applied for and received a grant from the Lenfest Foundation that supported a shift to using Coral, an open-source software project, as our commenting platform. During one of the first conversations I had with the team at Coral, they introduced me to an analogy that helped me understand my own frustration. Imagine trying to collect food donations by leaving cardboard boxes out on every street corner, hoping that people will put in cans of food. Imagine how quickly those boxes would be filled with trash.

Now imagine how much better this would work with a smaller number of boxes, with real people standing nearby, asking people to donate food, thanking them when they do and immediately throwing out any trash that might make it in. Comments boxes are not predestined to be filled with garbage—but largely anonymous, infrequently monitored comments boxes where the only feedback is the eventual silent deletion of bad comments are headed that way.

Why America magazine is global in spirit and content
Matt Malone, S.J.

Our comments relaunch last November consisted of two big changes. First, the new software from Coral made it much easier for us to moderate comments close to the time they’re posted. It also allows commenters to receive notifications about replies, making it easier to keep a good conversation going. Second, we stopped having comments open by default on every page. We open comments on the most important stories we publish each day (stories without comments open have a form for feedback that comes to us another way, by email), but we have stopped putting out more cardboard boxes than we are capable of standing near.

Our comments are still contentious sometimes, but they are far more likely now to be contentious in the direction of a conversation.

I have seen a marked improvement in the light to heat ratio in our comments over the last few months. You can read some examples in this issue’s Your Take (Page 6). Our comments are still contentious sometimes, but they are far more likely now to be contentious in the direction of a conversation. Instead of dreading moderation, I have begun looking forward to seeing what our readers are most interested in and engaged with.

So please, do read the comments. And write some, too.

This article also appeared in print, under the headline “Do Read the Comments,” in the February 17, 2020, issue.