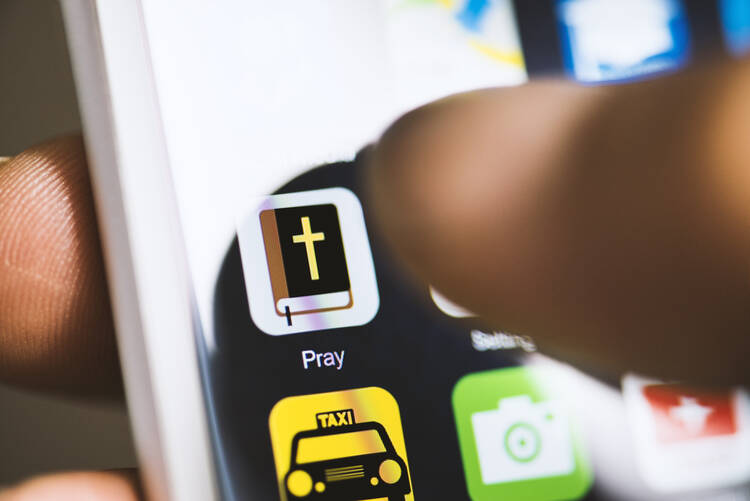 As I prepared to read the Gospel at Mass on a recent Sunday with a small group of Jesuits in our house chapel, one of them caught my eye and made a quick petition: “Short form?” Similar negotiations, I have no doubt, have been taking place in sacristies around the world. The readings for these Sundays in the heart of Lent are long: first the woman at the well (Jn 4:5-42), then the man born blind (Jn 9:1-41) and finally the raising of Lazarus (Jn 11:1-45). And then on Palm Sunday we read the Passion narrative, which is longer yet.

All of these Gospel readings have a short form available. The introduction to the Lectionary explains that “longer and shorter versions are provided to suit different situations,” but it makes no practical suggestion as to which situations call for which version. Some are relatively obvious: A Mass with many small children is not the right place to read the longer form, for example. But by similar logic, a Mass with people who are capable of standing still for a little while might be exactly the place for the longer form. In this case, I decided my brother Jesuits could take it and read the whole chapter of John.

The instinct for compression, the drive to choose the fastest and most efficient means of conveying information or accomplishing a task, might seem to be the particular malady of the 21st century. But such truisms are themselves an expression of the same instinct: Give me an answer, a story, a theory, an explanation—right now and if possible, in a soundbite.

It is tempting to think that the main challenges to our attention are technological.

The pundit Mickey Kaus, all the way back in 2000, linked the compression of our attention with a speedup of our politics with the Feiler Faster Thesis, which he credits to Bruce Feiler. It posits that as the news cycle has accelerated, both voters and politicians have become comfortable processing information faster, allowing politics to move faster, thus further accelerating the news cycle. This process has perhaps reached its apotheosis as F.B.I director James Comey was called upon to correct a presidential tweet in real time during his testimony before the House Intelligence Committee. A tweet from the official @POTUS account asserted that the N.S.A. and F.B.I. had told Congress Russia did not influence the electoral process; Mr. Comey, under pressure, said that it “wasn’t our intention to say that today.”

Being comfortable receiving and processing information faster—though “comfortable” might overstate the case—unfortunately does not correlate with our ability to assess that information for truth, much less for wisdom.

It is tempting to think that the main challenges to our attention are technological, that the fault lies in the character limits of Twitter rather than in ourselves. But once we begin paying more careful attention, we will realize we cannot pass the blame quite so efficiently onto our modern era.

After all, this new digital age has also given us a renaissance of long-form journalism, streaming television series designed for a whole season to be watched at once and a new genre of podcasts where people listen at length to stories they could probably consume much faster in prose form. Whatever is going on when we start shifting uncomfortably, unwilling to wait more than five minutes for an answer, cannot be blamed—at least not exclusively—on the internet. When we are really interested in something, we are willing to devote significant time.

H is for "Hubris"? What Google's Alphabet restructuring tells us about its goals.
Sam Sawyer, S.J.

Instead, I suspect the compulsion for a quick response is actually about thinking that we already know the answer, which means that any effort and time devoted to finding it feels like wasted effort. If our partisan affiliations tell us in advance how we are going to respond to any political eventuality, then taking the time necessary to talk to each other, or even to listen to testimony before deciding how to vote, starts to feel like defeat rather than dialogue.

One reason it is worthwhile to stand through a long Gospel reading is to be reminded that the story is still going on and that we are caught up in it. That is also a reason for continuing to invest attention in politics and the problems of the common good, even and especially if we think we already know the answers.

Sam Sawyer, S.J., is an executive editor at America.