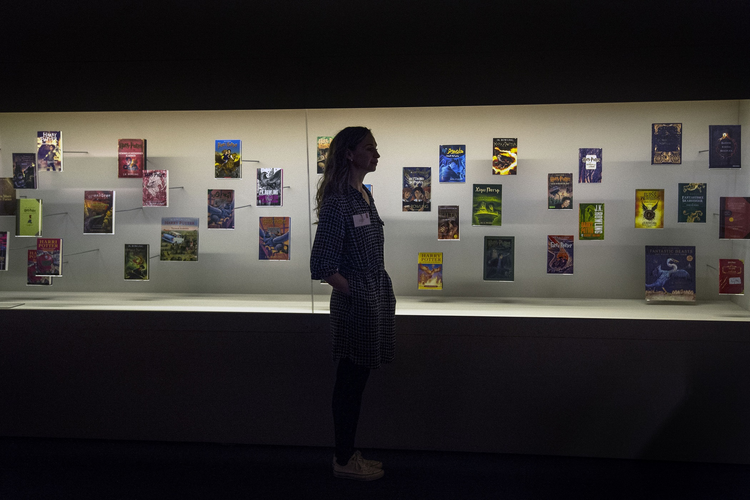 WARSAW, Poland (AP) — Priests at a Catholic parish in northern Poland have drawn criticism after they burned books, including from the "Harry Potter" series, and other items that their owners said had evil forces.

Images from the burning at Gdansk's Mother of Church parish on Sunday were posted on Facebook by Catholic foundation SMS z Nieba (SMS from Heaven,) which uses unconventional means to carry out its religious work.

In the pictures, flames are consuming an African wooden mask, a small Buddhist figure, figurines of elephants and books on personality and magic, as well as those by J.K. Rowling. They were all brought in by parishioners, who were encouraged by the priests to clear their homes of objects that had evil forces. Influential in Poland, the Catholic Church objects to "Harry Potter" books, which are international best-sellers, saying they promote sorcery.

In the photos, priests and altar boys can be seen watching the burning objects.

The foundation said the book burning was intended to alert parishioners to bad influences that it says come from magic and the occult.

Many comments under the Facebook postings condemned the book burning, recalling that also happened in Nazi Germany before World War II. Some said this taught hatred and asked if the next in line for burning were witches, like in the Middle Ages.

Trump isn’t Voldemort, and other lessons from Harry Potter on its 20th anniversary
Vanessa Zoltan

The event was criticized by the Rev. Wojciech Parafianowicz, spokesman for the diocese of Koszalin, where the foundation is based, who said he "did not like this form of priestly activity, which is wrong."

But, speaking with the wpolityce.pl news portal, Parafianowicz argued that the occult and magic "have a bad influence on human life."

A popular commentator on religion, Pawel Guzynski, a Dominican Friar, said on Facebook the burning was "rather the fall of wise faith than of unwise superstition."

The church enjoys great authority in predominantly Catholic Poland because of its historical and political backing. It has the support of the conservative government many of whose members are Catholic.