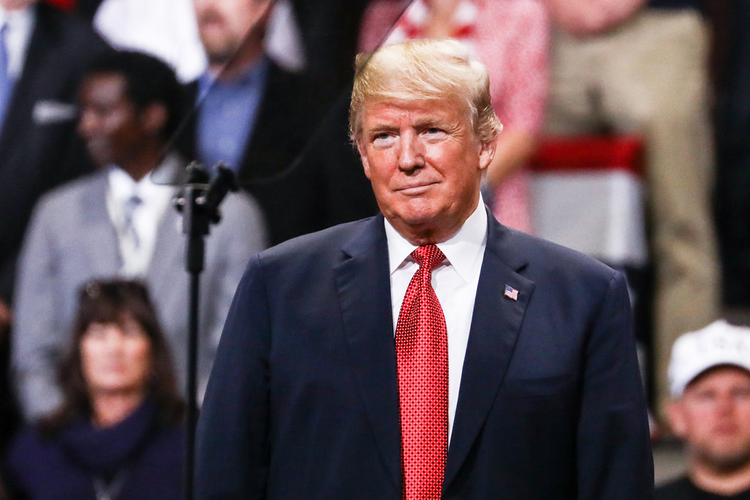 WASHINGTON (CNS) -- An effort by the Department of Justice to strike down the entire Affordable Care Act in the courts is "unconscionable and immoral," said Sister Carol Keehan, a Daughter of Charity, who is president and CEO of the Catholic Health Association.

The Trump administration's announcement came in the form of a March 25 court filing by the Department of Justice with a federal appeals court saying a ruling against the ACA made by a federal judge in Texas last December "should be affirmed."

In that case, Texas v. Azar, Judge Reed O'Connor of the U.S. District Court for the Northern District of Texas ruled that the ACA's individual coverage mandate was unconstitutional and that the rest of the law also must fall. The case was a suit filed by 20 Republican-led states suing the federal government over the constitutionality of the health care law. Democratic-led states have appealed this decision to the 5th U.S. Circuit Court of Appeals in New Orleans.

Sister Carol, who worked behind the scenes to craft the language of the ACA, which was passed in 2010 and took effect four years later, said the administration's support for the District Court's ruling is at the "expense of tens of millions of individuals' and families' lives and well-being" and would "detrimentally affect most Americans in our country."

She said doing away with the ACA completely would eliminate guaranteed health care protection for 130 million Americans with pre-existing conditions, Medicaid health care coverage for more than 17 million low-income individuals and coverage for millions of adult children under 26 years old. She also said insurance companies could put lifetime coverage limits on needed medical care and maternity care would no longer be required coverage.

In a March 27 statement, she said the Catholic Health Association strongly disagrees with the Justice Department's new position and would be filing a brief to alert the 5th Circuit to the "dire consequences of upholding the District Court's decision."

For now, the Justice Department's letter won't change anything for those insured through the ACA, but the issue will likely gain political attention as it works its way through the courts and could land at the Supreme Court for the third time. The court has upheld the law twice.

President Donald Trump's efforts to see the legislation repealed, as he promised during his presidential campaign, failed in the Senate in 2017.

On Twitter March 26, Trump said: "The Republican Party will become 'The Party of Healthcare!'"

That same day, House Democrats unveiled legislation to support the ACA and expand its enrollment.

"If the last few years of debating the Affordable Care Act and all its provisions have taught us anything, it is that Americans value their health care," Sister Carol said, adding: "We welcome a robust discussion in Congress and with the administration on how to continuously improve our country's health care system."

In 2017, when Congress attempted to get rid of the health care law, Sister Carol told Catholic News Service the legislation was far from perfect, but it was still "an incredible step forward." She also said she appreciated that the U.S. bishops -- who did not support the final version of the legislation in 2010 -- warned Congress that any replacement of the law shouldn't "create other unacceptable problems, particularly for those who struggle on the margins of our society."

In 2010, the bishops withheld their support for the health care legislation because of what they saw as "fundamental flaws," such as a lack of conscience protection and failure to exclude elective abortions from health plans subsidized with federal funds.

Sister Carol faced backlash for her support of the ACA, challenged in the courts by several dioceses and religious orders and other religious employers for its mandate that most employer insurance plans include coverage for artificial birth control, sterilization and drugs that induce abortions. The CHA agreed with the bishops that the government needed to expand its definition of religious employers exempt from the mandate.

The main problem with the ACA is that it does not emulate the best of American ingenuity. It is a mismatch of political maneuvering in order to establish a huge government bureaucracy - to satisfy the political ends of social government. Sister Carol is probably a well meaning compassionate woman who was and is sincere in promoting comprehensive healthcare, but during the process she became a dupe of the Obama Administration to the extent that she actively used her position as the CEO of the Catholic Health Association to promote the re-election of President Obama, using the same language to scare people about losing their healthcare. I should remind all Catholics that her acquiescence and support of the Obama Administration assisted that administration not only in dividing the Catholic vote, but also giving them license to erode the moral prerogatives of the Catholic Faith in particular and Christianity as a whole. America deserves a great deal better than the ACA and removing the ACA does not imperil the healthcare of our most vulnerable citizens if the emphasis is returned to patients and doctors. The ACA satisfies nobody and it's furtherance condemns America to the most basic of social healthcare. This is not a job for partisan government, but for professionals in all the fields that attend the subject so that a fair system my be produced for the benefit of all Americans. We should all know the true cost of healthcare, who is paying for it, how it can be financed so that we all have a stake and how the cost of healthcare will reduce, when it is taken out of the hands of the government and the insurance companies.

Your framework is well-suited for my rebuttal. Through open discussion and countless hearings involving the expertise of all stakeholders well over a year, the politics of the ACA emulated the best of American democracy. Within a market framework, making ACA compulsory was a landmark achievement in bolstoring the moral prerogative of the Church.

If the Court determines that the ACA is illegal, how can it be immoral to remedy the wrong.

Illegal and immoral are not synonyms.