Was your car cleaned by a slave? A new app in the U.K. tries to answer. 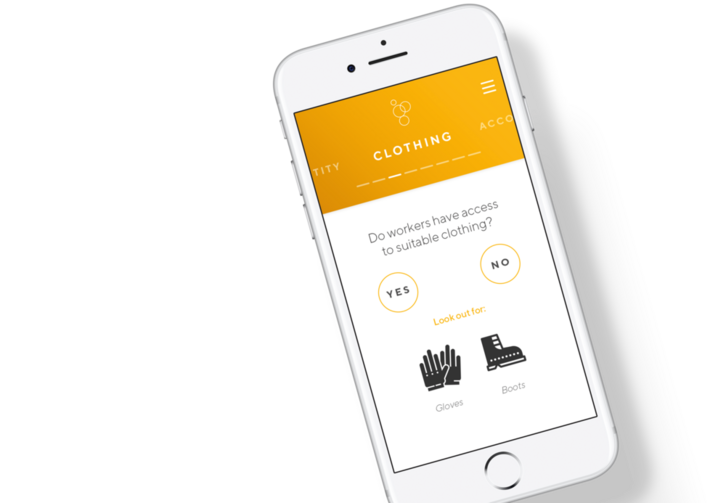 The Safe Car Wash app has been developed to allow the general public to engage with the problem, it is a new tool that will enable the largest community intelligence gathering exercise ever attempted in the United Kingdom.

One of the less visible but most pernicious evils in our contemporary world is modern slavery, together with the associated cross-border trafficking of its human victims. The scale of this scourge is bigger than most of us would imagine. Official estimates put the global number of those trapped in slavery at around 46 million, not far short of the 65 million figure for refugees and displaced people.

Its victims are present on just about every main street of most towns and cities in the United Kingdom, quite literally sold into a pressed labor where they work for little or no pay for long hours and under constant threat of violence in small businesses that operate openly. Typically, hard data has been difficult to produce, but some estimates, cited by activists and campaigners, suggest that tens of thousands—including children—may be trapped in illegal employment in U.K. construction, hospitality and agriculture sectors, in domestic service, and, sadly, in prostitution. The U.K. government has taken action in recent years, notably through the Modern Slavery Act of Parliament of 2015, although anti-human-trafficking campaigners say that even tougher legislation is needed as well as much greater protection and support for victims of trafficking and bondage.

There is at last a growing public awareness of how victims of modern bondage are made to suffer. A remarkable collaborative initiative between U.K. churches and U.K. police is developing to combat this horrifying crime. This partnership has now turned to the latest digital technology, a smartphone app, to combat trafficking and cruel servitude in one particular industry, hand car washes. The general public can now participate in identifying and reporting labor bondage.

Tens of thousands—including children—may be trapped in illegal employment in U.K. construction, hospitality and agriculture sectors, in domestic service, and, sadly, in prostitution.

The Catholic Church in England and Wales has joined with the (Anglican) Church of England and U.K. police to launch an innovative smartphone app, Safe Car Wash. It has been feared for some time that hand car washes across the country harbored enslaved workers, poorly paid or unpaid and unprotected by statutory regulations governing health and safety in the workplace. A spokesperson for the National Crime Agency freely admitted that it had no accurate numbers of people working under these conditions, or even exactly how many such businesses operate in the United Kingdom.

The app has been designed to allow users of the country’s estimated 10,000 to 20,000 hand car-wash centers to identify signs of oppression and thus play an active part in opposing it. The builders of the app recognize that much of the evidence of modern slavery in this industry is anecdotal, so part of its purpose is to map the problem.

Drivers entering a car wash, which are often situated in shopping-center parking lots or in front of trusted retailers, are guided to look for signs of exploitation of employees. They are not encouraged to take direct action themselves, which could endanger them and the suspected victims.

The app’s G.P.S. technology pinpoints the location for you, and it suggests several questions based on known indicators of illegal working conditions. The resultant data is anonymized, then directed to the relevant law enforcement agencies.

I had occasion to test a prototype version of the app when getting the Jesuit community car washed just the other day. It did not take long for me to realize that the nearby car wash that I had been using was in breach of a number of labor and safety regulations and may be the site of human trafficking and compelled labor.

Following the app’s directions, I submitted my observations. It may be coincidence, but when I drove past today, the car wash was closed.

The app helps users spot signs in the workers that suggest bondage labor such as withdrawn behavior, lack of eye contact and lack of appropriate and protective clothing. Guided by the app, I spotted them all at my local car wash.

The men washing the wheels and side-sills of our car wore no protective gloves or appropriate footwear; all wore soaking wet sneakers and damp, cheap blue jeans. I counted 11 men at work; at least two looked no older than 15. The cleaning agent they were using had a lurid, deep pink color and surely would be harmful to the skin over a long day; some workers are thought to be kept on the job for up to 14 hours a day.

These workers all seemed to be Eastern European, probably from Bulgaria, Romania or Albania; I asked one where he came from, whereupon immediately he scuttled into a small hut. I did not see him again during my visit.

Following the app’s directions, I submitted my observations. It may be coincidence, but when I drove past today, the car wash was closed.

Victims of modern slavery, in the murky car wash industry or elsewhere, often must live and work under some of the most appalling conditions anywhere in the country or the Continent. They are stripped of their passports and freedom of movement. Often, they speak no English. They are threatened with violence against themselves or their families if they resist.

There are many ways in which we degrade and devalue human life and to be pro-life is to oppose them all, informing ourselves about the evils and inquiring into ways of combating them. As these car washes have proliferated, often competing by cutting prices, and as London experiences a long spell of hot, dry and dusty summer weather, it is tempting to save time and effort by turning into one of these places.

Not all Brits loved the royals or their wedding
David Stewart

The wash I bought the other day cost 1.50 pounds, or just about $2. Even a rudimentary calculation would suggest that the wages earned there, if paid at all, would be miniscule and certainly nowhere near the London Living Wage, something we have campaigned for in our parish and in other areas. Another concern is the environmental impact of car washes and the risk they pose to the urban water supply, and therefore public health, by the increasing volumes of wastewater and chemical residue they produce.

The smartphone technology allows consumers to participate in gathering the data that can help end the scourge of modern slavery. Cardinal Vincent Nichols, the archbishop of Westminster, has been forthright in his campaigning against human trafficking and has already developed an effective partnership with London’s Metropolitan Police co-promoting this new digital resource. That is in addition to his work with the Santa Marta group, an international coalition of police and bishops set up to combat the trafficking of vulnerable women.

He commented, “I welcome this very helpful and timely initiative in an area of real exploitation. As we learn to see this example of forced labor and modern slavery in our midst, we will also become more aware of the presence of this evil scourge in other sectors in our neighborhood.”

Catholic, Anglican and other parishes can now obtain presentation materials and even homily hints from the police and church partnership that sponsors this effort. Car washes may not feature in too many homilies, but the horrifying offense of modern slavery, as with any other evil that devalues human life, most certainly must from now on. Just as we have finally begun to examine our consumption, and our consciences, about our lifestyles with respect to the earth’s resources, so too must we now reflect on just how necessary it is to drive around in a gleaming clean car.

You can get fallout shelter hack online from here without spending a single penny.

Don't take this the wrong way, but I'm 71 and wash my own car and my wife's. Tomorrow is the first day of summer. What happened to the strategy of boycott? Enough said.