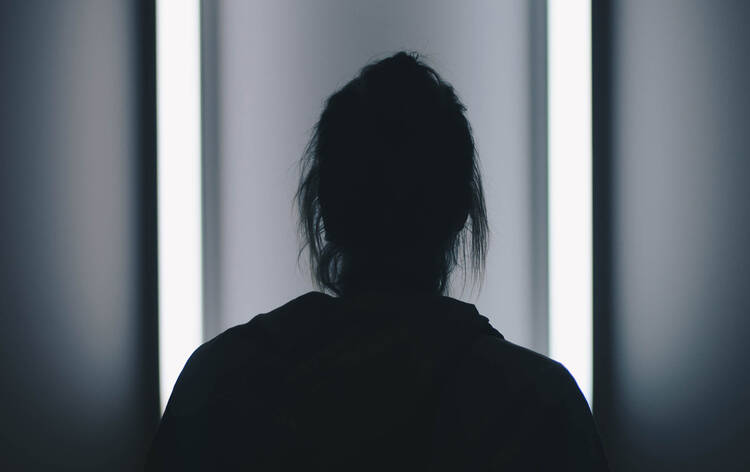 The Catholic bishops of California on May 1 released “Hope and Healing,” a pastoral letter on the care of those who struggle with mental illness. “People who suffer from severe and persistent mental illnesses are among the most misunderstood, ignored and unjustly stigmatized members of our society,” the bishops write in the passionate and strongly worded statement. “For them, our communities and parishes should be places of refuge and healing, not places of rejection or judgment.”

Their letter comes at an important moment. According to the most recent statistics from the National Institute on Mental Health, almost 20 percent of American adults experienced a mental health issue of some kind over the course of 2016 alone. One in 25 suffered serious mental impairment, as have 1 in 5 American children aged 13-18 at some point in their lives.

The Centers for Disease Control and Prevention have likewise reported a 24 percent increase in suicides between 1999 and 2014. The rise extends across men and women of every age group from 10 to 74, with the greatest increases among women aged 10-14 and men aged 45-64.

“People who suffer from severe and persistent mental illnesses are among the most misunderstood, ignored and unjustly stigmatized members of our society,” the bishops write.

“There seems to be something going on in our society that’s causing more and more people to struggle with anxiety, depression and other mood disorders,” says Dr. Aaron Kheriaty, professor of psychiatry at the University of California Irvine and co-author of The Catholic Guide to Depression. At the same time, “there’s a lot of folks that don’t have what they need.”

So in Orange County, “a county with a lot of resources, we have no county hospital where unfunded patients with mental health problems can go,” says Dr. Kheriaty.

“We regularly have patients that are suicidal or acutely psychotic basically boarding in our emergency rooms for days, waiting for an in-patient bed to open somewhere.”

“The mental health care system in California is broken,” write the bishops. “Our jails and prisons—indeed, our city streets—are filled with individuals who suffer from mental illness.....This is unacceptable.”

Dr. Kheriaty welcomes the bishops’ letter for the spotlight it shines on the problem. He notes its sense of empathy: “This is the pastors and leaders of the church in a very visible and public way saying that the church cares about you and what you’re dealing with.

“I haven’t seen anything like this from the bishops of the church before.”

“To suffer from a psychiatric disorder is not a sign of insufficient faith or weakness of will.”

In the Diocese of Orange, Bishop Kevin Vann has made mental health care a major element of the church’s work, offering conferences with evangelical pastor Rick Warren and dozens of forums for parishioners. The diocese has trained over 30 parishioners to become mental health leaders in their parishes.

Bishop Vann’s commitment comes from his own experience. As a parish priest and later a pastor in downtown Springfield, Ill., Bishop Vann frequently met people struggling with mental health issues. He learned that what they needed from him was not diagnosis but companionship. Our first question, he says, “is not ‘What are you suffering from?’ but “Who are you?’”

That call to friendship is a main thrust of “Hope and Healing”: “We Christians have to get to know people, to befriend them, to listen generously to them, to walk with them,” the bishops write. And we do so, they say, not out of any expectation that we can fully comprehend the struggles of those with mental health issues or fix them, “but simply because these encounters—these small acts of love and compassion, understanding and friendship—are precisely what people need most.”

Dr. Kheriaty emphatically agrees. “The suffering that people deal with when they’re struggling with mental illness is compounded by a sense of isolation, marginalization or stigma. If Catholics can open up spaces at their parishes to learn about these issues, talk about them or support one another, it would be a tremendous step.”

“Hope and Healing” also attends to the issue of suicide, noting that the church today understands that “mental illness can impair a person’s capacity to reason clearly” and quoting The Catechism of the Catholic Church: “We should not despair of the eternal salvation of those who have taken their own lives.”

Father Paul Vu, S.J., a psychologist who works in Student Affairs at Loyola Marymount University, praises the letter for its “compassion” on this point: “No one knows what it must be like to feel in such a dark place that you feel like you have no other option.”

At the same time, he wishes the church could take one further step. He finds among his Catholic students that mental health struggles like suicide are often intertwined with the church’s teachings on homosexuality. “For them,” Father Vu explains, “according to the teaching of the church they’re going to go to hell.” That is not to say pastors or bishops are preaching such things, he qualifies, but people have developed these impressions. “They’re misinformed,” he says.

Speaking about these issues in the context of this conversation on mental health is a “great opportunity for the church to debunk or at least talk about that.”

At the end of “Hope and Healing,” the bishops acknowledge the humbling mystery of human suffering. “We do not know the reasons why there is so much suffering in the world,” they write. “We are living in a fallen, broken world; and each of us is broken to some degree. And yet we know that God never allows us to suffer alone.”

And in the promise of our faith, they find hope. “In eternity with God, every beautiful thing in our lives that is now unfinished will be completed, all the good that is scattered will be gathered together, everything that is lost will be found, all hopes that are now thwarted will be realized, and all that is broken will finally be restored.”