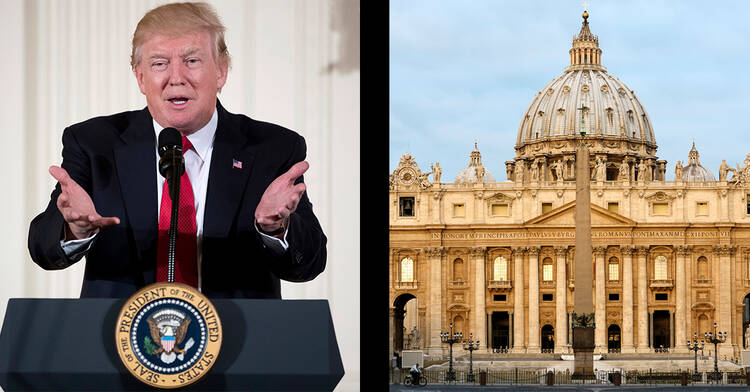 President Trump's reversal on climate change has been criticized in Rome.

Catholic leaders from the United States and Rome are calling on the Trump administration to reconsider rollbacks of Obama-era environmental protections, warning that time may be running out to protect the planet from damage caused by pollution and carbon emissions.

President Donald J. Trump signed an executive order on Mar. 28 that, among other things, rescinds environmental regulations aimed at reducing power plant emissions by 32 percent by 2030.

Speaking to reporters this morning in Rome, one of the pope’s senior advisers urged Mr. Trump to listen to “dissenting” voices when it comes to the environment.

Cardinal Peter Turkson called the president’s backtracking on environmental commitments “a challenge for us.” The cardinal is prefect of the Vatican Dicastery for Promoting Integral Human Development and one of the architects of “Laudato Si’,” the pope’s encyclical on the environment.

“Fortunately, in the United States, there are dissenting voices, people who are against Trump's positions," Cardinal Turkson said.

"Other positions and political voices will emerge and so we hope that Trump himself will reconsider some of his decisions."

"This, for us, is a sign that little by little, other positions and political voices will emerge and so we hope that Trump himself will reconsider some of his decisions," the Ghana-born cardinal continued.

Bishop Frank J. Dewane, head of the US bishops’ committee on domestic justice, said in a statement on Mar. 30, “This Executive Order places a number of environmental protections in jeopardy and moves the U.S. away from a national carbon standard, all without adopting a sufficient plan for ensuring proper care for people and creation.”

This “action means that, sadly, the United States is unlikely to meet its domestic and international mitigation goals.”

The president said that protecting jobs in the coal industry must override environmental concerns, and he invited a group of coal industry employees to his signing ceremony. “We’re ending the theft of American prosperity and rebuilding our beloved country,”Mr. Trump said.

Bishop Dewane said in his statement that concern for economic growth must be balanced with care for the environment.

“The EPA Administrator has repeatedly stated that policies must be pro-growth and pro-environment,” he said. “An integral approach can respect human and natural concerns and still achieve these aims, if properly done.”

Bishop Dewane added, “Many states have already made great progress toward carbon mitigation goals under the CPP, and this momentum ought to be encouraged and not hindered.

“With this recent order, the administration risks damage to our air, our waters and, most importantly, our people, particularly the poor and vulnerable, without proposing a concrete and adequate approach to meet our stewardship obligations as a nation,” he concluded.

The head of a Catholic environmental organization also expressed disappointment in the president, saying in a statement that Mr. Trump’s actions “neither protect our common home nor promote the common good.”

“By rolling back current and proposed federal rules designed to reduce greenhouse gas pollution from the power sector as well as discounting the social costs of fossil fuels, the Trump administration is jeopardizing not only the long-term sustainability of our planet, but the immediate health and well-being of those with the fewest resources: the poorest and most vulnerable people at home and abroad,” said Dan Misleh, head of theCatholic Climate Covenant.

In Rome Cardinal Turkson added that the Vatican is “very worried” that Mr. Trump’s proposed budget could lead to an increase in military spending while harming social justice programs and praised moves made by a U.S. rival when it comes to the environment.

“While Trump is moving in the opposite direction, there is another great power in the world, China, which is showing different signs, as if America is creating a vacuum that China is filling," he said.

However, Cardinal Turkson said, "we are full of hope that things can change." 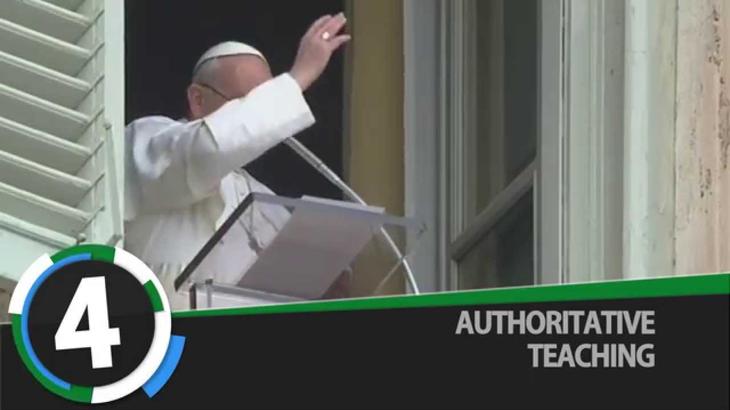 It could be that Trump does not have as much power as we think he does. Obama's Clean Power Plan has not even gone into effect - those things that Trump is "rolling back" - and yet almost half of the coal plants in the USA have already closed. They've closed because people want cleaner air and water, and power companies are turning toward cleaner and renewable fuels in response. Not because of any rulings from on high.

The people in the pews hold the keys to this debacle. Bishops might be more effective directing their message to the people, not the President.