Looking at "Laudato Si'" from the Global South 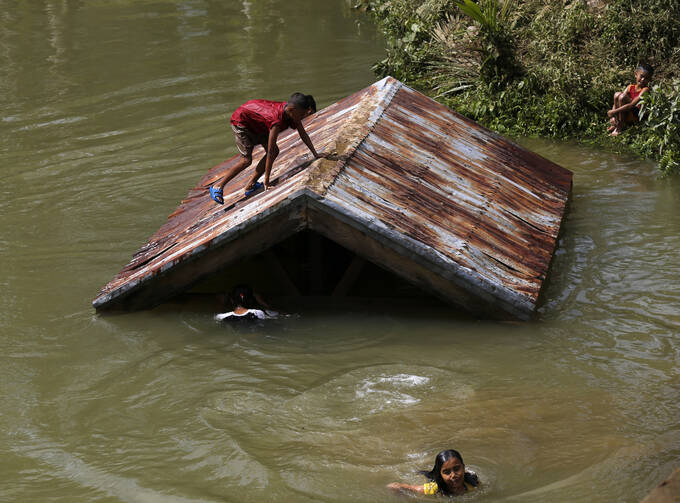 Coming from a fragile archipelago where the rise in sea level is highest in the world and extreme weather events are predicted to further increase this century, I worry for our future and fervently hope that the clarion call of Pope Francis will be heeded. “Laudato Si’” enjoins all people of goodwill to be concerned about what is happening to our common home. He calls on rich nations to repay their ecological debt to the developing countries by reducing consumption of nonrenewable energy and assisting them in shifting to clean energy and a more sustainable development. He points out the need to address corruption in government in developing countries, which has allowed multinational corporations to unjustly exploit the local resources in ways they could never have done in their home countries.

The encyclical underlines that everyone can do something for our common home. In response to this call, each diocese of the church in the Philippines, in collaboration with other faiths and civil society organizations, can plan to educate and mobilize communities to protect the environment and the threatened resources and species in the area. This without doubt would leave a trail of ecological martyrs. The Global Witness reports that almost a thousand environmental activists opposing mining, deforestation, etc. have been killed from 2002-2013 worldwide, with the number jumping to 20 percent in 2014, a sign that we are in the midst of a global environmental crisis.

To sustain this commitment as “ecological citizens” thus necessitates a spirituality that inspires, nurtures and provides ultimate meaning to our personal and communal acts. Though “Laudato Si’” explicitly speaks of spirituality only in the last chapter, the whole encyclical is distinctively about an integrative eco-spirituality based on an integral ecology that links labor, technological and social development, with care for creation and the diversity of life forms and cultures, and a special concern for the poor and the vulnerable. The pope elaborates that in the Christian tradition this spirituality finds its deep source in the gospel of creation, the Trinitarian communion and the world as sacrament of this communion.

Agnes M. Brazal teaches at the St. Vincent School of Theology-Adamson University in the Philippines.