A Jesuit and a corporate lobbyist: Dreamers strengthen our nation 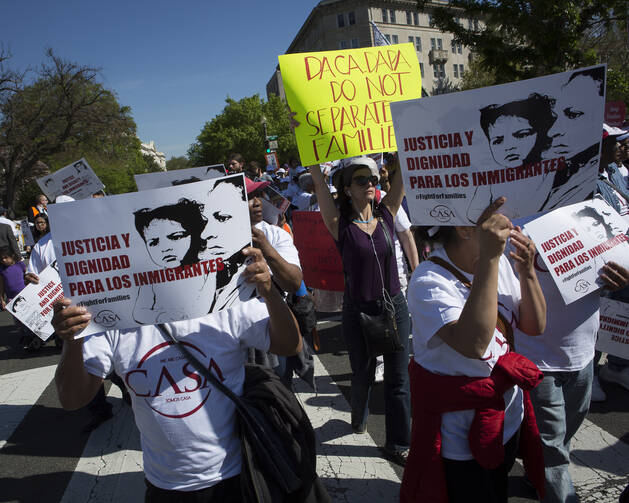 Demonstrators gather outside the U.S. Supreme Court in April 2016 in support of the DACA and DAPA programs, the latter deferring the deportation of undocumented immigrants whose children were born in the United States. (CNS photo/Tyler Orsburn)

As brothers, we could not be more different. Matthew is a Jesuit who has vowed poverty, chastity and obedience, and he has made his life’s work accompanying poor and migrant communities. CR has worked in politics and is now advising corporate clients. Matt is usually working to ease the worry of a nervous student while CR is trying to help C.E.O.s navigate an ever-changing political environment. On a day-to-day basis, our lives and views are often worlds apart.

But in the work we engage in each day, we both understand the value of preserving the Deferred Action for Childhood Arrivals program, commonly referred to as DACA. This program allows the children of undocumented immigrants—known as Dreamers—to legally remain in the United States and share the full opportunities of our nation. While campaigning, President Donald J. Trump said he would order an end to the DACA program. Given the number of executive orders he has signed in his first two weeks, this is not an empty threat.

Though our perspectives are different, our conclusion is the same: DACA protects hard-working, high-achieving Americans who contribute to our economy and the richness of American life. Repealing DACA would tear apart families and hurt the economy, while ripping the moral fabric that makes our immigrant nation great. Business leaders, religious leaders and everyday Americans should use their voices to protect these families.

More than 740,000 people have benefited from the DACA program. These are people who want, more than anything, an opportunity in the land of opportunity. They were brought here as children; they did not have a say in where they were born, and they did not have a say in migrating to the United States. Their families, especially those from Central America and Mexico, often fled violence and crushing poverty. They are as American as we are, and ours is the country they call home. They grew up here, contribute to their communities and participate in our economy. Many have been members of our military. They are hard-working leaders, scholars and patriots. DACA allows them to pursue their dreams and contribute to our society without living in the shadows of anxiety and uncertainty, in constant fear of deportation.

Catholics believe that we have a duty to stand with those at the margins of society—the last, the least and the lost. Archbishop José Gomez of Los Angeles, vice president of the U.S. Conference of Catholic Bishops, said it well: “The United States is a great country because it is a land of opportunity, family values, and compassion. Throughout our history, we have given newcomers the opportunity to work hard and be successful, to our country’s substantial benefit. We have also placed a high premium on the integrity of the family unit. And, we have refused to punish the innocent among us.”

Leaders in the business community agree. Dreamers in the DACA program are both customers and employees. They bring a diversity of perspectives that can invigorate companies. Facebook C.E.O. Mark Zuckerberg has been a vocal supporter of DACA and sounded an optimistic tone in a recent Facebook post: “I was glad to hear President Trump say he’s going to ‘work something out’ for Dreamers—immigrants who were brought to this country at a young age by their parents. I hope the President and his team keep these protections in place.” Howard Schultz, the C.E.O. of Starbucks, recently said of employees who are a part of the program, “We want them to feel welcome and included in our success.”

Satya Nadelli, the C.E.O. of Microsoft, agrees: “As a company, Microsoft believes in a strong and balanced high-skilled immigration system. We also believe in broader immigration opportunities, like the protections for talented and law-abiding young people under the Deferred Access for Childhood Arrivals (DACA) Program.”

When Pope Francis visited the United States in 2015, he pointed out that he “was happy to be a guest in this country, which was largely built by immigrants.” This is a good reminder for all Americans. Our immigration system is broken, but punishing these students and workers is not the answer. Repealing DACA is bad for the economy and bad for families. At a time when many institutions in the United States are being questioned, there is an opportunity for the business community to join faith communities and support DACA and Dreamers. It’s the right thing to do from a business perspective. It's the right thing to do from a moral perspective. It’s the right thing to do. 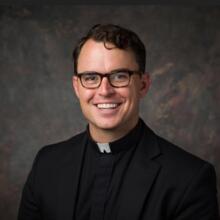 Paraphrasing Reagan's comments at the Berlin Wall perhaps has merit. “It is not a Dreamer question alone, but a question of opportunity for everyone.” Reagan once declared, "...only... society which allows for the individual talents of each individual to thrive—could survive in the long run."

A Jesuit and a corporate lobbyist: Dreamers strengthen our nation