The Ethics of Votingby By Jason BrennanPrinceton Univ. Press. 222p $29.95

You’ve taken Tuesday off to volunteer on a Habitat for Humanity build. The house is almost finished, and your responsibility is completing the bathroom’s tile work. It is also Election Day, and your hope was to finish the bathroom and get back across town to vote before your polling place closes. As is often the case when volunteers do tile work, it has taken you much longer than expected, and you won’t have time to finish it tonight and vote.

Do you have a duty to stop work and go vote in an election in which, mathematically speaking, your ballot is almost certain to make no difference, or can you do more good staying to finish the bathroom and keeping the house project on track? Say you are uninformed about the candidates and their positions, or you intend to vote for your own narrow interests rather than the good of the whole country. Do you now have a duty to actually abstain from voting? Say you are well-informed, have the common good in mind and are committed to helping the right candidates win, but you also know the house needs to be finished on time. Can you call a friend, whom you trust but know is too lazy to vote, and offer her $100 to vote your preferences, essentially casting a substitute ballot on your behalf?

In The Ethics of Voting, Jason Brennan—assistant professor of philosophy at Brown University—offers a thoughtful exploration of these kinds of questions. While his argument can get technical in places, Brennan is a good guide through philosophically complex territory. He writes clearly, uses analogies well and includes some nice humorous turns. It is a worthwhile book, if not ultimately convincing.

Brennan’s argument falls into three main areas. First, he claims that in liberal democracies citizens do not have a duty to vote. Most directly this is because the likelihood of any one vote determining the outcome of an election is “vanishingly small” (usually smaller in fact than a voter killing someone in a car accident on the way to vote), and we can use the time and energy involved in voting to do other worthwhile things. More broadly, however, Brennan argues that there is no duty to participate in politics at all, whether by voting or in other ways. He offers an “extrapolitical” understanding of civic virtue where people contribute to a society that is prosperous, culturally dynamic and rich in opportunities in a variety of ways, including “stereotypically private activities.” Being a good doctor, farmer, entrepreneur, parent or artist can be just as important a social contribution as political participation, and since we need not all contribute in the same way, some can focus on political activities while others, who may find politics distasteful, stressful or just boring, can focus on other things.

Second, Brennan argues that if citizens do vote they have an obligation to do it well. You don’t have a duty to become a doctor, but if you do you should be a good one. For Brennan, voting well means looking beyond personal self-interest to support candidates whose policies are best for the common good. Furthermore, your beliefs about these policies and their impact on the common good must be “epistemically justified,” meaning you should be informed, reasonable, free of wishful thinking or bias and open to persuasion by evidence. If you don’t meet these requirements—and according to Brennan there is good reason to believe that many, if not most, voters don’t—then you have a duty not to vote. While Brennan is careful not to argue against the right to vote or for measures preventing unqualified citizens from exercising it, he is skeptical of efforts to increase voting rates.

Third, in the book’s most challenging section, Brennan claims that buying and selling votes is not inherently wrong. While conceding that large-scale schemes to do so are almost always corrupting in practice, he argues that as long as individual buyers and sellers conform to the requirement that voting be done for candidates who are justifiably likely to contribute to the common good, buying and selling votes is not wrong in principle.

While he doesn’t mention Plato, Brennan’s arguments do echo some of those made in the Republic about the social importance of divisions of labor among those with different skills and virtues and the claim that wise political participation is demanding. Like the Republic, this book helps those committed to democracy, as Brennan himself claims to be, recognize some of its internal tensions and weaknesses. It is also a welcome reminder about the limits of voting and of politics generally. Like baseball fans, we political junkies often imbue our passion with more transcendent meaning than is warranted.

But politics isn’t baseball. In a flourishing democracy political participation will not dominate the lives of citizens, but it should play at least some role. Brennan’s understanding of democracy in this book is a thin one. It is instrumental, minimal and individualistic. The common good is important, but it is undefined beyond the accumulated interests, often financial, of individuals. Brennan rejects the “thicker” communitarian or republican understandings that many Catholics, both left- and right-leaning, find more compelling.

While it is true we don’t have an absolute duty to vote—some may be unable to vote for any candidate in good conscience, some may reject conventional politics for other forms of social justice witness—Brennan’s revised notion of civic virtue goes too far toward privatizing it. This preference for a “thin” over “thick” civic perspective may be why he leaves little room for religious faith as the basis for arguments for the common good, or why he simply dismisses arguments that certain things—sex, organs, votes—should not be for sale based on the inherent sacredness and dignity of persons. While specific concepts of human dignity, solidarity and community are central to a Catholic understanding of civic life, these concepts play little to no role in Brennan’s more individualistic account, leaving it interesting but incomplete.

This article also appeared in print, under the headline “Civic Conscience,” in the November 14, 2011, issue. 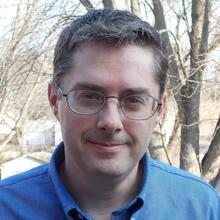 Carroll Cochran is co-author of The Catholic Vote (Orbis Books, 2008) and a professor of politics at Loras College, Dubuque, Iowa.