I’m a Catholic priest. But please don’t call me Father. 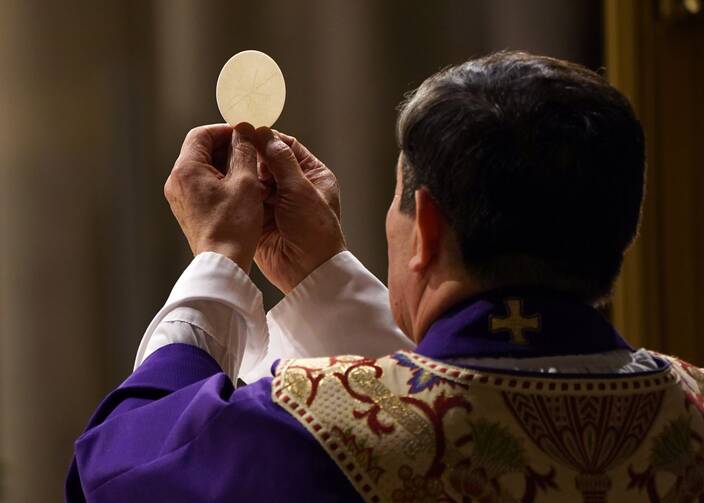 I know: What’s the big deal? It’s like calling your physician “Doctor.” It’s like telling your kids to refer to their friends’ parents as “Mr. and Mrs.” rather than “Tellulah and the Boz.” It’s like referring to the guy in charge of your unit as “Sarge.” It’s just a job title.

We will all be a lot better off when fewer distinctions are made between us clergy and everyone else.

Who knows, maybe I would have the same trouble in those situations. (Who doesn’t want to be called “Tellulah” or “The Boz?”) But I think the title of “Father” is a little bit different. Part of my trouble with the term is the amount of respect that automatically comes with it, the authority that is instantly granted to priests. After I was ordained, Catholics who were much older and more accomplished than me, people who did not even know me, were suddenly talking to me with a deference I could not understand and definitely did not deserve. And “Father” was just one part of this package: I can’t tell you how many times I’ve had people apologize for cursing or slips of the tongue. “You should come have a drink at my community,” I’ve wanted to say to them.

And it’s not just strangers who adopt the term either. It’s college pals who knew me when I used to ride around campus on a ten speed with no brakes while unironically wearing a bucket hat, black trenchcoat and Batman pin. It’s relatives who once emptied my diapers and know I got grounded for trying to trick a neighbor kid into paying $100 for my old “Star Wars” trading cards. These are people who know me far too well to treat me like I’m anything special.

It’s true, I’ve taken vows of poverty, chastity and obedience, and I’ve done some interesting and hopefully meaningful things in my life. But I am also a guy who spends way too much time thinking about “Star Wars,” Jeff Goldblum and the future of the Marvel Cinematic Universe. (Come to me, my X-Men.) And while I take being a priest seriously, I’ve also lost jobs, screwed up friendships and recently received my Ph.D. in nursing a grudge. (I’m a 52-year-old Scotch-Irish Virgo. It comes with the territory.) I’d like to think I’m worth having a conversation with. But your confidence? Your faith? Take your time.

I’d like to think I’m worth having a conversation with. But your confidence? Your faith? Take your time.

My dislike of the title isn’t coming from any lack of self-esteem, either. (Did I not mention, I am a Jesuit.) I think not calling me Father is in your best interest. Before I got ordained, I worked as a teacher at Red Cloud Indian School on the Pine Ridge Indian Reservation. The people were fantastic and respectful, but few of them rushed to put too much faith in a new Jesuit coming to work there. They’d all had too many past experiences of the dumb things we say and do (and I did). Instead, I had to earn their respect. And it was hard; it forced me to confront my own blind spots and failings. But that made me a better teacher and eventually, I hope, a better person.

We’re raised to think that priests are worthy of the utmost regard, but in fact people in the church today have just as many reasons to be cautious or skeptical of clergy as my students did of me. The church’s history of abuse and cover-up, clerical expressions of privilege and stories of clerics putting ideology or political agendas ahead of pastoral care all have undermined the legitimacy of our role as leaders.

So don’t hesitate to, well, hesitate. Make us prove we’re worthy of your trust before you give it. That’s not being judgmental or unfair, just prudent. Your choice to take it slow might even empower those around you to realize they have the right to ask the same.

Here’s the other thing I don’t like about being called “Father”: The term draws an unhelpful distinction between we who are priests from everyone else in the church. Religious education instructors are generally not called “Teacher”; the Social Ministries Director of your parish is not “Disciple” or the maintenance person “the Czar of Clean.” So why give me a title? My first name works just as well as theirs do. And even though I’m standing in the place of Christ during sacramental activities, our belief remains that it is Christ doing the work, not me. And aren’t all of us called to be Christ in the actions of our daily lives?

That’s where all the “Yes, Father” deference leads us, to guys who abuse their authority and think it’s O.K.

My connection with God is not somehow magically deeper than yours. Most clergy don’t have visions or hear voices. I am also not nicer than anyone else or more generous; ask my family or friends.

I’m not trying to dismiss the gift that a good priest can be in a community. I just want to point out, so is a good woman religious, a good music director, a good high school theology teacher, a good deacon, an active women’s auxiliary and that one older couple who has been coming to the parish for the last 60 years. Clericalism has been a part of our church for so many centuries that I think it’s very hard for us to recognize the full extent of it even when it’s right there in front of us. I’m sure that most people think they are just doing what they’re supposed to when they call me Father or when they refrain from telling me that my homily was terrible and, by the way, I look like an unmade bed. But really I could use their help to keep me from making those mistakes.

I still hear far too many stories of priests going to new parishes and making changes as soon as they get there, consulting with no one and acting more like a landlord than a leader. To my mind, that’s where all the “Yes, Father” deference leads us, to guys who abuse their authority and think it’s O.K.

When it comes down to it, if you want to call me Father, I won’t argue with you. My job is to accept you as you are, not to make you agree with me. But I hope that you’d use the title with the knowledge that we are fellow pilgrims. Because we will all be a lot better off when fewer distinctions are made between us clergy and everyone else. I get it; our lives seem weird. (O.K., maybe our lives are weird.) But fundamentally we’re just people trying to follow Jesus and be good to others in our own messy, imperfect ways. Sometimes the best show of respect for someone is not putting them on a pedestal, but rather letting them walk beside you on this crazy road.

[Read next: “A married Catholic priest’s lessons from two kinds of fatherhood.”]