A married Catholic priest’s lessons from two kinds of fatherhood 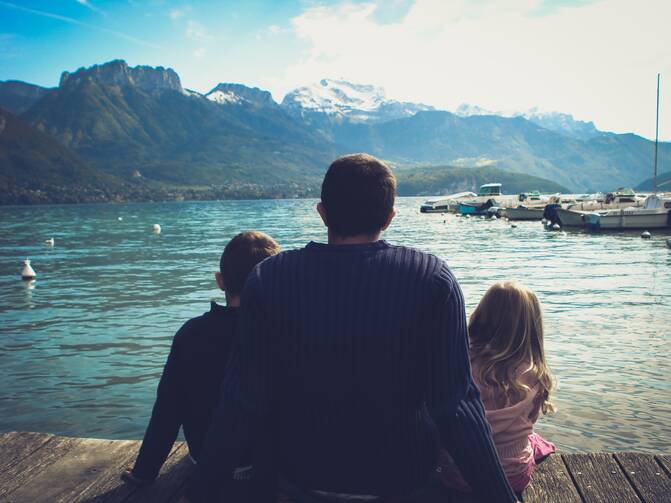 Being a father is an embodied thing—biological, psychological, social, legal. It is—or should be—a total thing, owning wholly the man who dares to become a father. Which is why it is also an exhausting thing; it is weariness both moral and beautiful. It is a profound thing; it changes fundamentally the man made a father, deeply and hopefully for the better. At least, it should. At least, it did me. At least, I hope.

Better described psychoanalytically, and even better than that, poetically, fatherhood is a deep thing. Freud, for instance, was close to the truth when he described the frightening power the father plays in the formation of the self; although he was, I sometimes think, as wrong as he was right. He saw too much conflict there. His bias was, I think, a personal problem.

Fatherhood is a profound thing; it changes fundamentally the man made a father, deeply and hopefully for the better.

Hence, at least for me, it is better to mind the poets. Charles Péguy, for instance, knew better what he was talking about, and he certainly said it better. “Doesn’t he work solely for his children,” he wrote. The father, Péguy said, does not begrudge his children his exhaustion, not even his death. Rather, joyfully, he accepts in his children’s flourishing his own end. “He thinks tenderly of the time that will no longer be his time./ But his children’s time.” That is what is right and just; that is a father’s happiness, he believed. And it is how fatherhood gears into the universe, and why all good fathers relish the regenerating rhythm of it. “When he will have ceased to be./ When his children will be,” Péguy wrote.

Forgive my pretentious little excursus here. But the point is that being a father is deep stuff, integrated into everything human, itself part of what it means to be human. Any father alert to what he is—not trapped, say, in adolescence—recognizes this. Being a father names not simply a relation between two individuals; it also forms those in that relationship as father, as mother, as son, as daughter. Gabriel Marcel said we “incarnate the reply” that our parents offered each other in love; as a person grows, the self is chiseled from these same few relationships. No mere hereditary bond, fatherhood—as scary as it sounds—profoundly shapes the self.

I stress this reality only because I think it needs stressing, for it seems sometimes a forgotten, ridiculed truth. I don’t know. Maybe I am just an oversensitive dad; maybe other dads know what I’m getting at. I just think we suffer from a shallow understanding of fatherhood. And in turn, that causes us to suffer from a shallower understanding of ourselves, our families, our communities. And I think that is a problem.

As a married Catholic priest, I know both fatherhoods. And, I can tell you, priestly fatherhood is also an embodied, deep thing.

But I also bring it up because that is how I regard my priestly fatherhood, too. As a married Catholic priest, I know both fatherhoods. And, I can tell you, priestly fatherhood is also an embodied, deep thing—just as much so, in fact. And alongside earthly fatherhood, it, too, is sometimes ridiculed, sometimes forgot. Which, of course, we shouldn’t do if these two fatherhoods—natural and priestly—are as important as I suggest, if both are deep and embodied things.

And a glance at the Catholic tradition makes it clear they are. Parental imagery belongs to the way believers understand how they relate to one another. One need only recall parents and grandparents like Mary and Joseph and Lois and Eunice, among others. But also Jesus, for instance, who likened himself to a mother hen, desiring to gather Jerusalem to himself, and Paul, who called Timothy his son. To the Corinthians, too, he called himself their “father in Christ Jesus through the gospel.” In the Egyptian desert, at the dawn of monasticism, one sought out the wisdom of the abba or the amma or the discipline of the patēr. St. Benedict begins his Rule whispering to a son to mind a father’s instructions because the father loves him.

Clearly, it belongs to the tradition, but why? Perhaps because—to use that lovely theological word—it is simply fitting that Christians describe certain pastoral roles in terms of fatherhood and even motherhood because the family of the church is truly a family, formed by relationships as deep as those of any earthly family. That is, if earthly parenthood is a deep, embodied thing, then so, too, is spiritual parenthood. That is what the tradition seems to suggest, and which is my plea: that we shouldn’t forget this part of the tradition, that we jettison it at our peril.

I am bound to these my sisters and brothers in Christ like I am bound to my own blood, just by different blood—the blood of a Son of a Father.

Now, undoubtedly, such parental imagery is fraught with danger. The authority of a churchly father can be abused—physically, emotionally, spiritually. Yet it’s dangerous in earthly families, too. But that doesn’t warrant abandoning the tradition. To do so, I suggest, would deprive us of something essential to what it means to be the church, just as it would ruin our understanding of the family were we foolishly to erase the idea and imagery of father or mother. We have indeed made great progress in recent decades appreciating the equality of the people of God. We have also made great progress in the professionalization of both clergy and lay ministers.

But surely, although much more progress is yet to be made, it isn’t wise to erase the very language Christians need in order to remember that the church is not merely an earthly organization. Doing so wouldn’t eliminate clericalism at all; rather, it would simply render the cruelty of such sin a little colder, more like a thing of corporate dysfunction and less the grave sin about which dread angels keep watch.

Better instead to remember that the church is an organic communion, more family than political party or business. That is why I remember I am a father in my parish, just as I’m a father to my family. Not for any stupid sense of superiority but because it reminds me of the eucharistically familial nature of the church. I am bound to these my sisters and brothers in Christ like I am bound to my own blood, just by different blood—the blood of a Son of a Father. 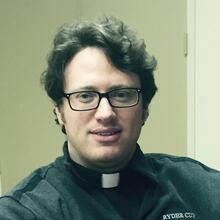 The Rev. Joshua J. Whitfield is a priest of the Diocese of Dallas and pastoral administrator of St. Rita Catholic Community in Dallas, Texas. He is also a regular contributor to The Dallas Morning News.

@frjoshTX
Show Comments ()
Join the conversation: Login or create an account
Before you can comment, you need to update your profile to include your first and last name, as required in our comments policy. Then reload this page and you'll be set up for commenting. Update your profile