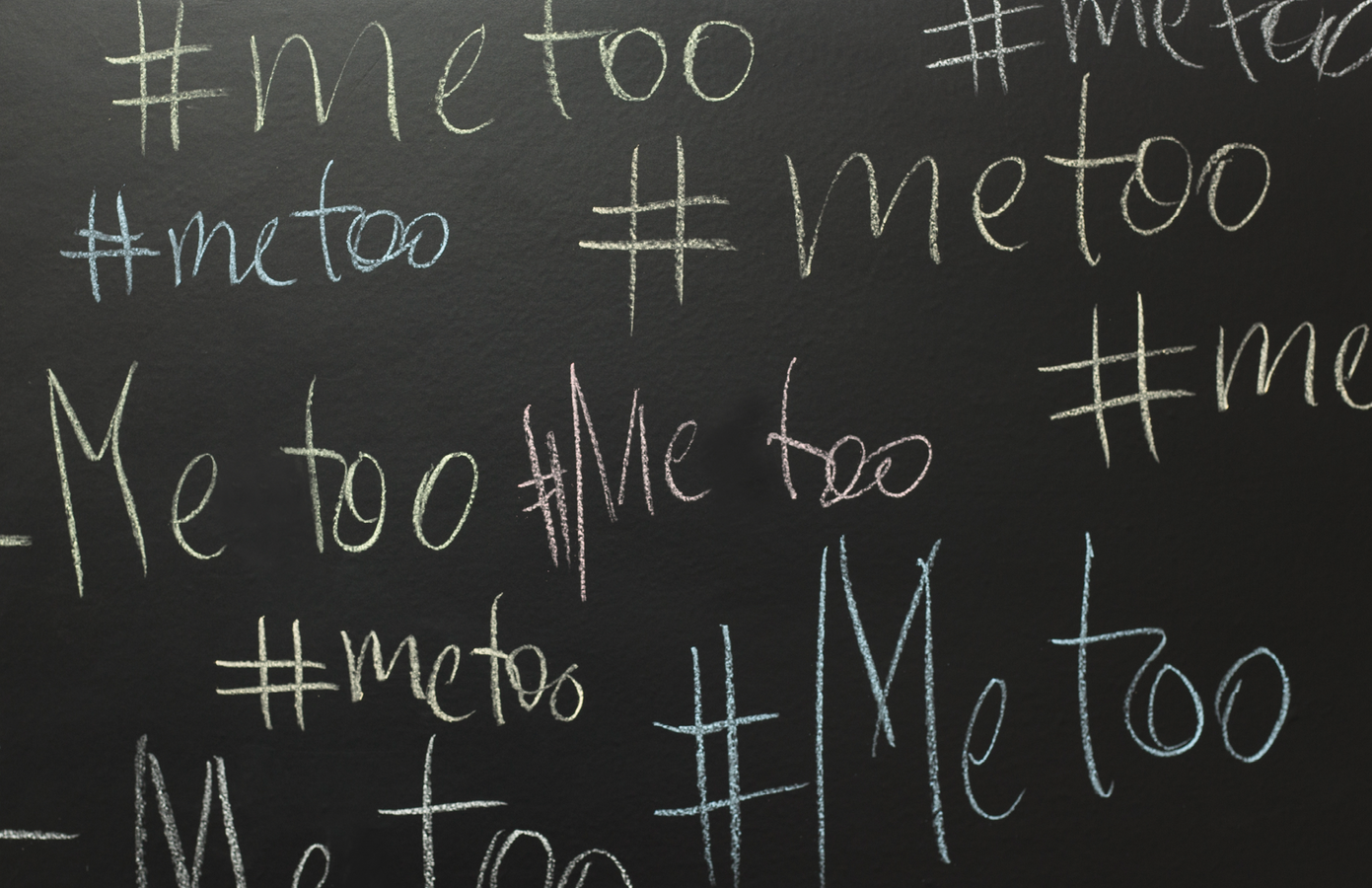 Following the news about allegations of sexual abuse brought against then-Cardinal Theodore McCarrick and the publication of a Pennsylvania grand jury report during the summer of 2018, I joined many Catholic theologians in considering how I would address still another surge of news about clergy sexual abuse in my college classroom. As a theology professor at Saint Mary’s College in Notre Dame, Ind., one of the nation’s great Catholic women’s colleges, I sensed that my undergraduate students deserved intellectual accompaniment as they confronted an issue that distinctly affected them. To speak with women about sexual abuse of any sort presents a unique situation, because women experience sexual assault of all kinds at higher rates than men.

I also wanted to know what these young women would teach me—and the rest of the church—about living in a church marred by the scandal of sexual abuse by clergy. Now, two years later, I can say I have learned a great deal.

I have seen young women—rather than surrendering in despair—come together in hope of creating a better world for themselves and others.

Each semester, I begin our three-week study of sexual abuse by members of the clergy by asking students what, if anything, they already know about the abuse scandal in the U.S. church. Most report little more than a general awareness that long ago some Catholic priests sexually abused children. Several students have belonged to parishes where accused priests were removed from ministry. Some have family members who are victim-survivors of clergy abuse. Those who know about cover-up of abuse most often cite the Oscar-winning film “Spotlight” as their source of information, which leads some to presume that the problem of cover-up was local to Boston.

After taking in the sheer magnitude of sexual abuse by clergy throughout the United States and the world, and then learning about the broadscale dereliction by church leaders who covered up and enabled further abuse, my students are predictably outraged. However, their responses bear some distinctive features I had not anticipated, and these have been revealing.

One example surfaces when we discuss Episode 10 of “Deliver Us,”the podcast series on clerical sexual abuse produced by America that serves as a key resource for the course. (Full disclosure: I am interviewed in episode 12 of the series.) In the podcast Maggi Van Dorn, America’s audio producer (and my dear friend), interviews the Rev. Boniface Ramsey, who reported suspicions about Cardinal McCarrick’s abuse of seminarians no fewer than five times before he was officially disciplined. When Ms. Van Dorn asks about his recollection that many people were aware of this unscrupulous behavior, Father Ramsey explains that though he reported this misconduct, “It never occurred to me that there was a cover-up or anything like that. I just accepted that everybody knew and nobody did anything. I didn’t necessarily attach a moral weight to that.... It was supremely immoral, but I didn’t know that. There was no category to put McCarrick’s behavior in.” Father Ramsey’s acknowledgment of his naïveté often trips up students: They cannot fathom his loss for words. What was so difficult about recognizing and naming this harassment and abuse?

Conversations about this episode and the intricacies of abuse cover-up reflect my students’ familiarity with the technicalities of consent. Though I—their millennial professor—am a mere 15 years older than my Gen Z students, we grew up in markedly different climates when it comes to the ethics of bodily self-determination. The highly publicized #MeToo movement framed my students’ formative teenage years. Our campus, like other college campuses in the United States, offers extensive programming about prevention of sexual assault. As a result, these young women discuss the parameters of just and equal sexual relationships without pretense—perhaps all the more because of our single-gender classroom. They bring remarkable, unapologetic moral clarity to these conversations as well.

Many perceive the absence of frank talk about sex abuse as a cautionary sign that cover-up continues. They also see it as a mark of indifference.

That these young women struggle to imagine a recent past that lacked their vocabulary for sexual violence and sophisticated discourse about consent might, to some, be a sign of their youthful naïveté. For me, it is a marker of the opposite: This generation of women has embraced its responsibility to reflect on sexual power and right relationships far more than I had embraced the same at their age, and they are right to see it as a strange moral failure that so many of us were content not to for so long. Because of what this generation takes for granted as normal, they possess a clear-eyed sense of how we have collectively failed victims of sexual violence.

My students’ familiarity with the realities of sexual violence probably informs another common response to our study of clergy sexual abuse. In nearly every course I have taught on this topic, there comes a point when an exasperated student raises her hand to inquire, “Why, after 12 years of Catholic schooling, is this the first time I’m really learning about the scope of clergy abuse and cover-up? Why didn’t anyone tell me?” Always, these words are met with nods of agreement from around the room. Some students go on to explain that while they cannot remember a church without extensive rituals of child protection, there was little disclosure of why these procedures were put into place. There was also no talk of the long tolerance and broadscale cover-up of abuse by church leaders.

This tracks with the findings of a recent study done by Americaand the Center for Applied Research in the Apostolate, which reports that just a third of adult Catholics said their parish community helped them process the clergy abuse crisis. Only 29 percent of the survey group had heard a homily on the topic, while a mere 26 percent belonged to a parish that hosted a listening group in response to the crisis.

Though all Catholics recognize, first, the scandal of sexual abuse by members of the clergy itself, and second, the widespread cover-up of that abuse as it unfolded, these young women are additionally scandalized by the relative silence about these matters in the everyday life of the church. I think of this as a “third scandal” that this generation confronts. Many perceive the absence of frank talk about this massive institutional sin as a cautionary sign that cover-up continues. They also see it as a mark of indifference.

I am aware that introducing students to the horrors of abuse by clergy could inspire disaffiliation. But many of my students want to be a part of the transformation of the church.

To these students—who have seen firsthand in the #MeToo and Black Lives Matter movements how frank talk about injustice set into motion collective action and new possibilities for transformation—the church’s inability to consistently name its sins at the local level and invite all Catholics into the work of transparency, repentance and reform is evidence that this institution is unwilling to take even the first step toward being saved from its sins.

Nevertheless, many of these young women—Catholic and non-Catholic alike—want to be a part of the transformation of the church. This has been another unexpected finding for me, for I have been aware that introducing students to the horrors of abuse by clergy could inspire disaffiliation. This is rarely their reaction to our studies, however, and I have wondered whether this, too, is a consequence of their generational distinctiveness.

I recently heard Donna Freitas, a survivor of abuse by a member of the clergy, comment that today’s “young women have been raised in an unsafe world.” Though certainly there have always been individuals for whom safety was never taken for granted, Ms. Freitas is right that the ubiquity of #MeToo along with sexual assault awareness and prevention efforts have made clear to an entire group of young women that the institutions of the present protect no one from the possibility of grave harm. This is a devastating truth. But I have seen young women—rather than surrendering in despair—come together in hope of creating a better world for themselves and others. They have done it on our campuses and in the streets, and I hear their desire to aid in bringing about change in the church. Why? Perhaps because they have all been raised in an unsafe world, these young women do not have the “luxury of despair,” as the feminist Kate Manne has called it. Their survival and future depend on the transformation of institutions that have disappointed and even hurt them.

Perhaps if we work to accompany them in the hard truths of sexual abuse by clerics and its cover-up and invite them to join us in the ongoing work of ecclesial transformation, this next generation of women will teach us what they already know about trying to change an unsafe world. Perhaps they will teach us how to cooperate with the Spirit to transform what has been for many years this unsafe church. 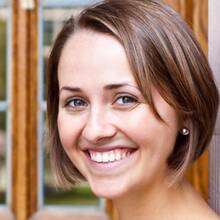 Jessica Coblentz is an assistant professor in the Department of Religious Studies and Theology at Saint Mary’s College in Notre Dame, Ind., and the author of Dust in the Blood: A Theology of Life with Depression (Liturgical Press).

@JessicaCoblentz
Show Comments ()
Join the conversation: Login or create an account
Before you can comment, you need to update your profile to include your first and last name, as required in our comments policy. Then reload this page and you'll be set up for commenting. Update your profile