Analysis: A canon lawyer reviews the first major changes to church law since 1983 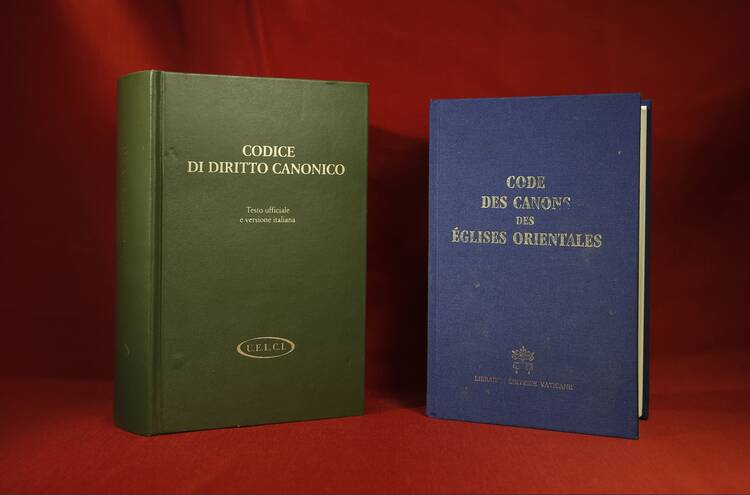 Code of Canon Law books for the Latin and Eastern Catholic churches are pictured in Rome at the Pontifical Oriental Institute in this Sept. 15, 2016, file photo. New canon law provisions approved by Pope Francis are expected to help the Catholic Church safeguard against abuse. (CNS photo/Paul Haring)

In the years since the revised Code of Canon Law was published in 1983, specific issues have challenged the church and made necessary certain changes in canon law.

In the various inquiries into the question of abuse in the Catholic Church, the role, wording and function of canon law have been held to particular scrutiny, which has led to several recommendations. One such recommendation was made in 2017 in the final report of the Royal Commission into Institutional Responses to Child Sexual Abuse in Australia, which suggested that the Australian Catholic Bishops’ Conference should request the Vatican to add new canons to the 1983 Code of Canon Law to deal specifically with crimes of child sexual abuse.

The latest revisions to Catholic Church law, published on June 1, respond not only to the recommendations of the Australian Royal Commission but to new kinds of abuses identified by the church in the years since the last revision, including the attempted ordination of women and the various financial scandals uncovered. These point to significant gaps in the church’s law, requiring swift action from a canonical perspective.

The attempted ordination of women and the various financial scandals uncovered all point to significant gaps in the church’s law, requiring swift action.

The wording and placement of canon 1395—grouped under “Offences Against Special Obligations” of clerics and, in this case, relating to the promises of celibacy—has removed any reference to “minors.”

A revised canon 1398—which previously referred to excommunication for procuring an abortion, and is now covered under the second paragraph of canon 1397 where it appears under the heading “Offences Against Human Life, Dignity and Liberty”—now describes sexual abuse of a child or vulnerable adult by a priest as “an offense against the sixth commandment.” Though some critics claim this change reduces such sexual abuse to the church crime of “adultery,” the Catechism of the Catholic Church, in paragraphs 2351–56, makes clear that the scope of the commandment is much wider and includes rape and the accessing of pornography.

Church law now includes the “grooming” of a minor or vulnerable person as well as the acquisition, retention, exhibition or distribution of pornography involving young or “at risk” persons. Penalties are now spelled out more clearly. For a cleric, this involves removal from office and possible dismissal from the clerical state. A member of a religious institute or a layperson who holds an office or performs a function in the church found guilty of these crimes can also be punished and the church can order his or her removal from office or any ministry.

Church law now includes the “grooming” of a minor or vulnerable person as well as the acquisition, retention, exhibition or distribution of pornography involving young or “at risk” persons.

The 1983 Code previously stated that only a baptized man could be validly ordained (canon 1024) and that penalties could be applied on those who attempt to administer sacraments while not being qualified to do so (see canons 1378 and 1379). There had, however, been no specific canon dealing with baptized women who had attempted ordination, nor any penalty prescribed for any bishop attempting to ordain a woman.

The new changes now reflect such attempts to ordain women and acknowledge the existence of groups like Roman Catholic Womenpriests that actively campaign for women’s ordination. The revised canon 1379, incorporates the measures previously outlined by the Congregation for the Doctrine of the Faith in response to this development. Penalties are prescribed for those who are not ordained priests and yet attempt the liturgical celebration of the Eucharist or who hear, or attempt to hear, a sacramental confession even though they are unable to give valid sacramental absolution.

Most significant is the inclusion of automatic excommunication for those who attempt to ordain a woman and for the woman who attempts to receive sacred orders. The severity of this penalty is underscored by the fact that it is one of the few automatic excommunications reserved to the Apostolic See; in other words, application for the censure to be lifted has to be made to the Apostolic Penitentiary in Rome, which, in lifting this, would prescribe an appropriate penance to be fulfilled. In addition, a cleric attempting to ordain a woman can also be punished by dismissal from the clerical state.

Most significant in the revision of the canon law is the inclusion of automatic excommunication for those who attempt to ordain a woman and for the woman who attempts to receive sacred orders.

The shortest book in the Code of Canon Law (Book V) deals with the administration of temporal goods and outlines how these are to be dealt with, in a manner of good stewardship (canon 1284) and accountability (canon 1287). Given the extent and monetary value of ecclesiastical holdings at local, diocesan and universal levels, there was surprisingly little in the Code in terms of penalties relating to mismanagement. Only one canon, and rather feeble in tone, specifically related to temporal goods and prescribed a “just penalty” for anyone transferring ecclesiastical goods without the required permission (canon 1377).

But given recent scandals—allegations of embezzlement and misappropriation of funds, money laundering, hidden off-balance-sheet funds and real estate sold for less than market value—the Code has been revised to include a new canon (1376) to deal with those who steal ecclesiastical goods and who have shown grave negligence in administration. The revised canon makes clear the penalties that will be imposed on those who administer or transfer ecclesiastical goods “without the prescribed consultation, consent, or permission, or without another requirement imposed by law for validity or for lawfulness.” Most tellingly, to reflect the gravity with which these offenses are seen by the church—rather than simply a reference to the imposition of a “just penalty”—the revised canon 1376 refers to canon 1336 in paragraphs 2-4, which includes penalties such as paying a fine, prohibitions on exercising all or some offices or ministries, or deprivation of office.

Canon law has been revised to include a new canon to deal with those who steal ecclesiastical goods and those who have shown grave negligence in administration.

Do the changes go far enough?

In that they have closed gaps in the law that have become apparent over time, it can be argued that some of these measures will be successful. The penalties for attempting the ordination of women are now clearly codified, so any appeal to ignorance of the law will fail. Though the penalties relating to financial mismanagement have been significantly expanded and the Code requires that procedures are known and carefully followed at all levels of administration in the church, a challenge for the future will be to determine, in individual cases, whether mismanagement is due to malice or incompetence.

There are positive changes in church law when dealing with cases of abuse. One of these relates to imputability (culpability), where a person is considered innocent until the contrary is proved (canon 1321) but culpability is presumed where there has been an external violation of a law. Another is that all crimes relating to child sexual abuse should apply to any person holding an office in the church regardless of whether or not they are ordained, thus reflecting the growth of lay ministry in the years since the promulgation of the Code in 1983.

But on the question of the diminishment of imputability, which speaks of “culpable drunkenness” and “heat of passion,” canon 1324 continues the risk that a crime is treated as a mental disturbance and dealt with through therapeutic intervention rather than reporting the offense to civil authorities.

While the sexual abuse of minors has received the most publicity, seminarians and young priests, sisters in religious congregations and vulnerable adults have themselves been the target of sexual predator-priests.

While the sexual abuse of minors has received the most publicity, seminarians and young priests, sisters in religious congregations and vulnerable adults have themselves been the target of sexual predator-priests. As far back as 1994, Maura O’Donohue, M.M.M., a missionary sister who had worked in Africa compiled a report detailing such abuses, in Africa, the United States, India, Ireland and Italy.

Abuses like those detailed by Sister O’Donohue and in the McCarrick Report raise the issue of who might be considered “vulnerable.” While it could be argued that the new canon 1378, which speaks of the abuse of ecclesiastical power, is a catch-all for abuse of adults in positions of vulnerability, the interpretation of this canon and who judges whether power has been abused appears to leave a gap between law and reality.

The revised canons have certainly filled gaps that have become apparent in church law since the Code was originally published. Nevertheless, effective administration of canon law is still left to the prudent judgment, discernment and imagination of those who are charged with its application. 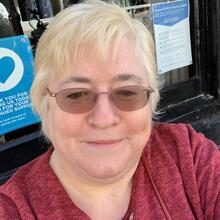