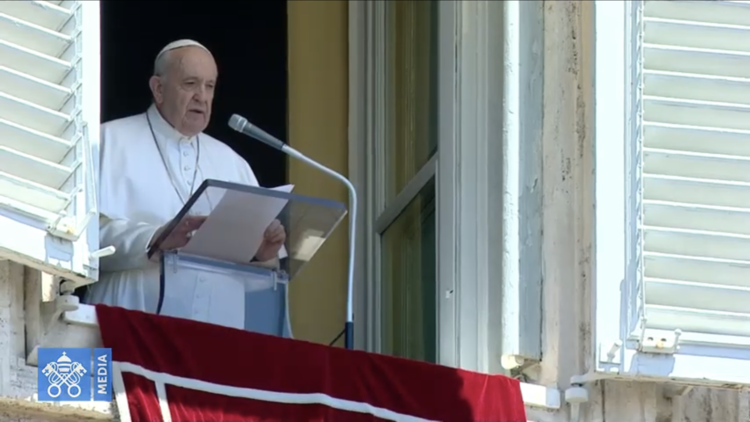 Pope Francis drew attention to the dramatic sociopolitical, economic and humanitarian crises in Syria, Lebanon and Yemen on June 28 when he greeted hundreds of pilgrims in St. Peter’s Square.

He began by drawing attention to the Fourth Conference of the European Union and the United Nations on “Supporting the future of Syria and the region” that will take place (virtually) next Tuesday, June 30. He invited people “to pray for this important meeting, so that it may improve the dramatic situation of the Syrian people and neighboring peoples, particularly Lebanon, in the context of serious sociopolitical and economic crises that have been made even more difficult by the [Covid-19] pandemic.” He highlighted the fact that in Syria particularly, but also in Lebanon, “there are small children who are hungry, who do not have anything to eat.” He prayed that the leaders of these countries “may be capable of making peace.”

After nine years of war, the conflict in Syria continues and now involves other countries, including Russia and Turkey. With more than half of Syria’s prewar population—over 13 million people—now displaced across the country or refugees in other countries, the U.N. humanitarian coordinating body OCHA has emphasized the need for international support at next Tuesday’s funding summit in Brussels. OCHA spokesperson Jens Laerke said on June 26, “A generation of children has known nothing but hardship, destruction and deprivation. Now over 11 million people still inside Syria need aid and protection. The economy across the region is imploding, in Syria it is imploding, not least due to the impact of Covid-19.”

Pope Francis: In Syria and Lebanon, “there are small children who are hungry, who do not have anything to eat.”

The humanitarian crisis has worsened in recent weeks following the imposition of new sanctions by the United States on June 16 with the “Caesar Act,” aimed at foreign companies doing business with the regime of Syrian President Bashar Al-Assad. As with most sanctions, they have ended up making life even more difficult for ordinary people.

U.N. agencies calculate that at least 9.3 million Syrian people struggle daily to get food. “Syria today is facing an unprecedented hunger crisis as the prices of basic foods reach levels unseen even at the height of the nine-year conflict,” said U.N. World Food Program spokesperson Elisabeth Byrs on June 26, noting a 200 percent food price hike in under a year.

The Italian Catholic daily Avvenire reported today that rice, which is the staple food for many people, cost 400 lire (Syrian currency) per kilogram before the sanctions but now costs 2,000. The price of sugar has gone from 400 to 1,500 lire per kilogram in the same period, a kilogram of meat has increased from 2,800 to 5,000 lire, while tea has jumped from 6,000 to 22,000 lire per kilogram. These price rises should be seen in the context of wages: The average monthly salary of a state employee is 40,000 lire, while an employee in private industry gets an average of 150,000 per month.

The Brussels summit hopes to raise sufficient funds from the 80 countries participating in the conference to address the dramatic economic crisis in Syria and help to defuse the impending hunger crisis. In the week prior to the conference, feverish discussions were held between U.N. agencies, government diplomats and Syrian and international NGOs, but the consensus remains that the only solution to Syria’s many problems is to restore peace to the country. This is intimately linked with the future of President Al-Assad, who, though accused of crimes against humanity, still has powerful backers.

The Brussels summit hopes to raise sufficient funds from the 80 countries participating in the conference to address the dramatic economic crisis in Syria.

Pope Francis also drew attention in his noonday address to the dramatic socioeconomic and political crisis in neighboring Lebanon, a country of just under 7 million people whose economy is intertwined with that of Syria. Lebanon has also taken in millions of Syrian refugees since the war started in 2011, and has hosted Palestinian refugees for many years. Lebanon’s crisis erupted last October; protests against corruption forced a change of government but did not resolve the problem.

Reuters reported recently that the local currency, the pound, has lost 70 percent of its value since October. The Covid-19 pandemic and ensuing lockdown in March has made the situation worse, increasing unemployment and sparking further protests as people struggle to find money to pay for rent and food, and the government seeks assistance from the International Monetary Fund.

Pope Francis also drew attention in his address to the crisis facing Yemen, as he has done on a number of occasions this year. “I also invite everyone to pray for the population of Yemen, especially the children, who are suffering as a result of the very serious humanitarian crisis,” he said. The U.N. agency OCHA described the situation in Yemen in stark terms in early June: “Yemen remains the world’s worst humanitarian crisis. The cumulative impact of more than 5 years of conflict, economic decline and institutional collapse has left 24 million people—about 80 percent of the population—in need of humanitarian aid and protection. The coronavirus (Covid-19) is spreading rapidly and exacerbating the humanitarian situation.”