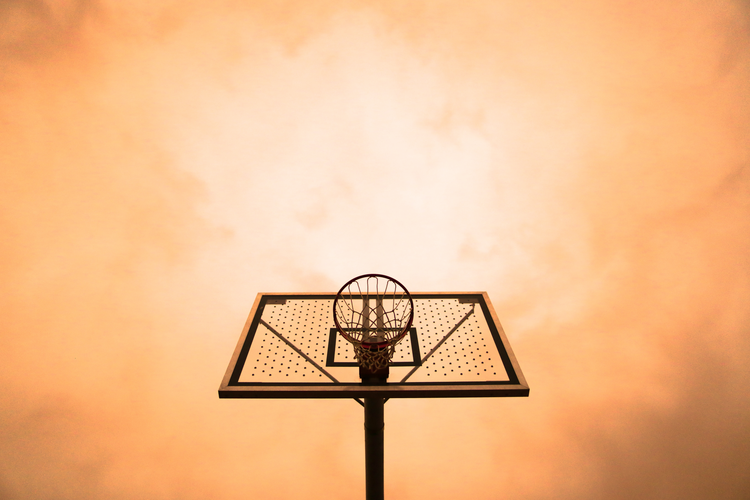 Photo by tommy boudreau on Unsplash

At age 8, I would sit on the back steps of our family house in New Orleans and watch my brothers shoot hoops in the driveway. Biting my nails and tapping my foot, I could not wait until they finished. I wanted a turn, but I was too young to play with them. My parents would take me to my brothers’ high school varsity games. Perched on the top row of the bleachers, chin rested on fist, eyes following the ball like a pendulum, I was mesmerized by this sport.

A few years later, I played on my first team. Around that time, the Knights of Columbus held a Pass, Dribble, Shoot competition nearby. The gym was packed with participants, the excitement electric. I had done well, but I vividly remember cheering loudly for my best friend as she executed her dribbling skills around the three tire-poles.

But there was a moment where time paused and I heard my competitive voice ask, “By cheering so loudly for my friend, am I pulling against myself?” The sound of the whistle brought me back to real time and ended the competition both on the floor and in my head. My best friend won and would go on to compete at the next level. I was happy for her, really happy, but I wondered about that conflicted voice within me. How could something that was so much fun elicit this tension? Is it a good thing to want to be the best?

While parents get their children involved in youth sports for the overall development of fitness and life skills, these ideals often become buried under unhealthy competition and commercialization.

It is a tension that has fascinated me—and followed me—over decades. I have had success as a basketball player on A.A.U. and Division I college levels and then as a high school girls basketball coach, but for years I struggled with that tension. My Catholic upbringing suggested sports were for children; finding real meaning in life required some altruistic endeavor. I questioned my passion for coaching, wondering if it was self-serving. When my children were young, I walked away from coaching several times but was always invited back to new opportunities.

The truth is, I was in somewhat uncharted waters. I was among that first wave of young women to benefit from Title IX, which required federally funded schools to provide equal opportunities for women and men in athletics. In 1978, I became the first girl from my high school to receive an athletic scholarship to college. People forget how few athletic opportunities existed for girls then. Before the passage of Title IX in 1972, just 294,000 high school girls played sports. (To put that in perspective, last year 3.4 million young women participated on a high school team of some sort.)

Young women are passionate about high school sports. We have come light years in terms of opportunities since the 1970s, but in that time I have also witnessed how consumerism, athletic scholarships and overemphasis on winning is causing a paradigm shift. While parents get their children involved in youth sports for the overall development of fitness and life skills, these ideals often become buried under unhealthy competition and commercialization.

Is it possible for an integrative approach to mind, body and spirit to be combined with the desire to compete?

Mark Hyman’s book Until It Hurts: America’s Obsession with Youth Sports and How It Harms Our Kids illustrates this shift. He tells the story of a Wisconsin pediatrician, Robert Roholff, M.D., who surveyed 376 parents of elementary and middle school athletes about their goals for their children’s participation in sports: “Almost 40 percent, a startling figure, told Rohloff they hoped their children would someday play for a college team. Twenty-two parents said they expected their children to become professional athletes.” Statistically speaking, the reality is that only 3.5 percent of female high school basketball players will ever play at the college level. And from that 3.5 percent, less than one in 100 will be drafted to play professionally in the W.N.B.A.

With this focus on outcome-oriented goals, parents and athletes can be sucked into the investment vortex. The focus naturally becomes a return on the investment of their time and money. As a result, their well-being is confused with external achievements that often leave a lasting residue of unhealthy anxiety and pressure.

Over the course of my coaching career I have wondered about that same question that I wrestled with as a 10-year-old. Is it possible for an integrative approach to mind, body and spirit to be combined with the desire to compete? This has led me to another question: What are these young athletes seeking?

St. Ignatius invited us to discern spiritual meaning in everyday experience. I found that such discoveries occur frequently on the basketball court.

As a parent of two athletes and after coaching for over 20 years, I decided to pursue a doctor of ministry degree, researching an evolving theology of sport that draws on Ignatian spirituality. St. Ignatius invited us to discern spiritual meaning in everyday experience. I found that such discoveries occur frequently on the basketball court.

During my research I asked young women athletes to reflect on the meaning and purpose of their athletic experiences. I noticed three recurring themes: the cultivation of right relationships, a desire for value-based decision making and the recognition of transcending moments in sports.

In my interviews, evidence of the importance of reciprocal and mutual relationships that are life-giving and empowering was clear. “My coach is an all-around good guy. He makes you feel that he can put himself in your shoes,” one participant said. “He encourages you to ask questions and makes you feel your questions are important.” The suggestion that the coach “can put himself in her shoes” hints at this right relationship. It speaks to a collaborative approach and dissipates any top-down management style.

“One of my teammates was kind of like my big sister,” another young woman explained. “She really helped me with the mental aspects of the game because I’m really hard on myself. She was always there to pick me up—sometimes it was tough love. The bond through sports actually carries on beyond the time you actually play together. She turned out to be my best friend.”

The importance of valued relationships in sport is difficult to overstate. An upperclassman carries a big influence with an underclassman: There is a natural power dynamic that can facilitate deep bonding. Conversely, this power dynamic, when abused, can be a fundamental factor in horror stories about hazing.

My interviews also revealed the role of conscious, values-based decision-making that demonstrated these young women’s sense of self-knowledge, self-determination and openness to growth. Margaret shared her insights on how her coach allowed her to process a challenging situation:

My coach senior year had coached me on junior varsity, taught me in class and trusted me. When I didn’t get selected captain, I knew she respected me because she pulled me into her office and talked to me about it. She told me that while I didn’t have the title, I was still a leader. It taught me that what really determines my character is how I handle this situation. This coach maintained a positive relationship with me all throughout the year.

This coach was proactive in providing that space and support, and we witness here an athlete who was able to surrender and reconstruct the meaning of both captain and character. I am convinced that such little kernels of support and validation provide the constant tilling for meaningful growth experiences in the lives of young athletes.

When we shift our focus away from the scoreboard, playing time and scholarships, we notice that competition invites spiritual and emotional growth and offers transcendent moments.

When we shift our focus away from the scoreboard, playing time and scholarships, we notice that competition invites spiritual and emotional growth and offers transcending moments in which an athlete experiences being a part of something bigger than herself.

One student shared her experience of a such a moment:

Last year there was a freshman on the team, and in the middle of the season she got sick. She was hospitalized, and we didn’t know why. We knew we couldn’t help her with her illness, but we could show support. Her father told us that our support was helping not just his daughter but the entire family. It made us stop and realize that being on a team had a bigger meaning than winning or losing.

These stories indicate a potential to shift perspective away from the manipulative and domineering status approach to competition to one that is that is integrative and nourishing. It is an approach that nurtures spiritual maturity, as opposed to just ego fulfillment.

“Sports is a spiritual identity-finder,” said Kendall Grasela, a former player of mine and the current starting point guard at the University of Pennsylvania. “Aside from being Catholic, I do think spirituality and sports go hand and hand for some. I think spirituality emerges through the connection you make with teammates, coaches and trainers as well as during the tight game moments that go either way—missing the game-winning shot and hitting the game-winning shot.” It is a sense of spirituality that grew for her as she reached higher levels of competition and her love for the game expanded.

While girls’ high school basketball is about mastering a technique and training for success, there is a depth of experience that can easily be lost amid the anxiety surrounding competition and obsession with scholarships. Too often buried beneath that noise is an invitation to pay attention to the inner tensions of the athlete’s experiences. It is an invitation that students, coaches, parents and administrators would be wise to pay attention to.

This article also appeared in print, under the headline “The Soul of Sports,” in the March 30, 2020, issue. 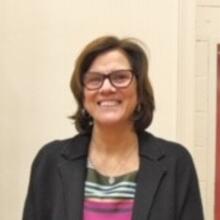 Sherri Retif is a high school basketball coach and spiritual director with a doctor of ministry degree from Fordham University. She played college basketball at Tulane University and is honored in Tulane’s Athletics Hall of Fame and the Montgomery County Coaches Hall of Fame.