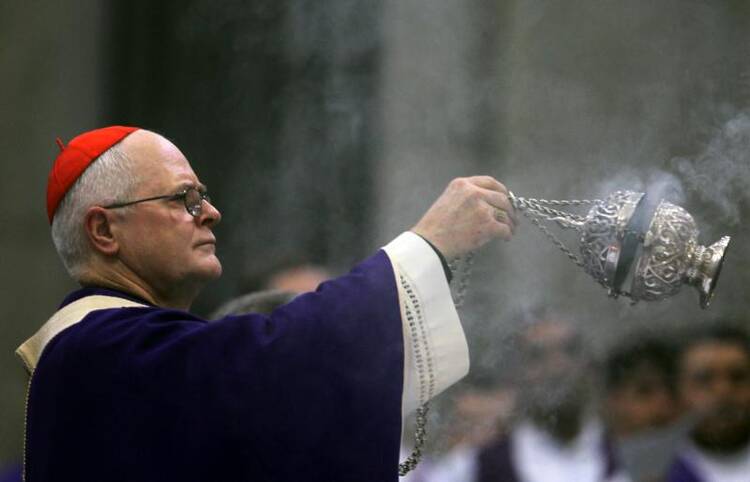 SAO PAULO (CNS) -- The Archdiocese of Sao Paulo has offered the city a community center, House of Prayer, to lodge homeless who get the coronavirus.

Homeless communities throughout the country are among the most vulnerable to COVID-19, church officials said.

The House of Prayer "is already used for activities with the city's homeless population. We have activities and courses and also provide meals, like breakfast," Father Julio Renato Lancellotti, coordinator of the episcopal vicariate for the homeless, told Catholic News Service.

"It is not a hospital, so it needs to be adapted, with beds, etc., but it is a viable place to put those who have nowhere to go," he added. Church officials said the home would be able to accommodate 50 hospital beds.

The House of Prayer was built with money from the Niwano Peace Prize won by Cardinal Paulo Evaristo Arns, former archbishop of Sao Paulo, "for his interfaith collaboration to promote development, conserve the environment and create a world of peace."

As of March 17, Father Lancellotti said, four homeless citizens were suspected of having COVID-19.

"We are hoping they are more resilient because of their time on the streets, but they are also a risk group," he said. Many homeless have or have had tuberculosis and other diseases; many are elderly with no place to go, he said.

Father Lancellotti said on the street it is difficult to ensure even basic hygiene, like washing hands, wearing clean clothes, having a clean place to sleep.

"Where are these people going to find soap and water to wash their hands every two hours?" Father Lancellotti asked.

Merchants "won't even let them drink water, much less use the bathroom to wash their hands," the priest said.

The other problem is the sheer number of homeless in cities as big as Sao Paulo. Father Lancellotti, who has worked with the city's homeless population for more than 40 years, said the homeless population in South America's largest city has been vastly underestimated by authorities.

Lise Alves - Catholic News Service
Provide feedback on this article
Join the conversation: Login or create an account
Before you can comment, you need to update your profile to include your first and last name, as required in our comments policy. Then reload this page and you'll be set up for commenting. Update your profile
Show Comments ()
Comments are automatically closed two weeks after an article's initial publication. See our comments policy for more.