Is all religious speech protected by law? The answer is complicated. 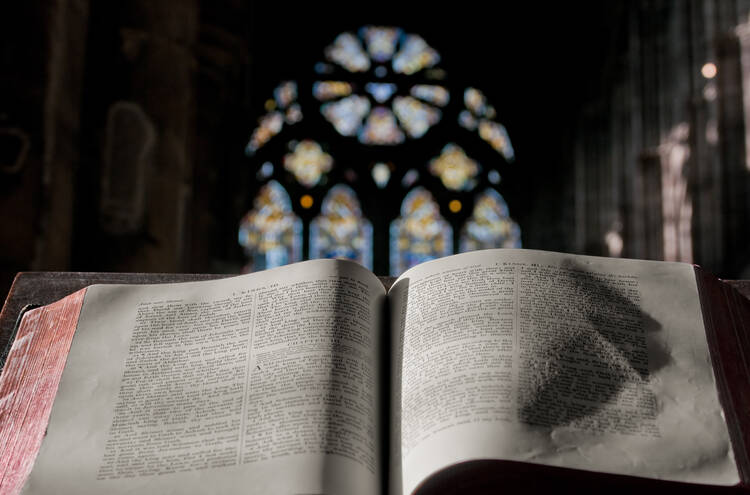 The Overton Window theory postulates that, to be elected, politicians must keep their political opinions and statements within a range of socially accepted views. That window may have been irrevocably shattered during the 2016 presidential election, but the concept can be applied outside the political arena.

Voters determine what language they will tolerate from politicians, but courts and legislatures set standards for the rest of us. When it comes to religious speech, some restrictions are being lifted, while others remain.

President Donald J. Trump and Secretary of Education Betsy DeVos recently announced updated guidance and proposed rules regarding school prayer and eligibility for federal funds. The public elementary and secondary school prayer guidance is based on existing Supreme Court precedent, which acknowledges that prayer endorsed by a school violates the Establishment Clause of the U.S. Constitution, while student-initiated prayer is protected by the Free Exercise Clause.

Another one of the proposed funding changes would, in effect, deny federal dollars to public universities that withhold recognition from student groups that enforce sexual morality standards, most notably against L.G.B.T.Q. students. Obtaining university recognition will enable students in these religious groups to more readily profess their faith on public campuses.

Regardless of federal funding rules, proselytizers, practitioners and preachers should be aware of state tort laws that impose liability for harmful speech. Whether religious speech is immune from defamation and intentional infliction of emotional distress claims, for example, depends on the context and content of the speech.

Whether religious speech is immune from defamation and intentional infliction of emotional distress claims depends on the context and content of the speech.

Moral pronouncements regarding “matters of public concern” are protected from liability by the First Amendment. Thus, in Snyder v. Phelps, the Supreme Court struck down a jury award imposed on members of the Westboro Baptist Church who protested at a military funeral with signs reading, “Thank God for Dead Soldiers” and “God hates the USA.” Even protected speech is subject to reasonable time, place and manner limitations, however, which is why the Westboro Baptists lost a subsequent challenge to logistical funeral protection restrictions.

Church leaders who make factual, rather than moral or doctrinal, statements regarding civil, rather than religious, wrongs are subject to tort law claims. For this reason, a Texas court found the Diocese of Lubbock may be sued by a deacon whose name, it is alleged, was wrongfully included on a widely publicized list of “clergy who have been credibly accused of sexual abuse of a minor.”

Communications concerning internal religious matters are handled differently. In 1808, a church member in Oneida, N.Y., followed the practice laid out in Matthew 18:16 and declared a fellow congregant “a forger.” The alleged forger then sued for libel, but the jury acquitted on the judge’s instruction that if the statement, even if false, “was made in the regular course of church discipline, and with an honest intention of examining whether the plaintiff was a fit member of the church, [plaintiff] was not...entitled to recover.”

Pronouncements of excommunication and shunning are protected even when the church’s practice is to publish maligning statements “which are intended to cause emotional and psychological trauma.”

Pronouncements of excommunication, disfellowing and shunning are protected even when, as one court held, the church’s “prevailing practice in regard to dissenting members is to publish maligning statements about them which are intended to cause emotional and psychological trauma.” Nevertheless, the ecclesiastical abstention doctrine does not bar disputes that can be resolved by applying neutral civil law principles, even when the inflammatory statements relate to church matters and are made to a limited group of congregants. In 2013, the South Carolina Supreme Court held that a minister who, at a congregational meeting, accused church trustees of financial mismanagement could be sued for defamation.

As the court explained:

[A] tortfeasor is not shielded from liability simply by committing his torts within the walls of a church or under the guise of church governance. The contours of the neutral principles of law approach in this context and the susceptibility of the defamation claim to that approach are perhaps best illuminated by considering a defamation claim that would not be subject to the approach. Had the pastor stated that the Trustees were sinners, were not true followers of God, or had violated church law, the resulting defamation claim would not be susceptible to resolution through the neutral principles approach because to adjudicate the claim would require a civil court to wade into church doctrine and governance.

Harmful statements made during sermons pose unique problems because their centrality to worship services makes government intrusion particularly offensive, and actionable and doctrinal statements are difficult to separate. Courts first must determine whether statements of faith and theology, which are protected, can be distinguished from personal pronouncements, which are not.

In 2008, a court found that Michigan law permitted a lawsuit against a bishop who made accusations, in sermons and other settings, regarding sexual improprieties committed by another bishop. Although ultimately unsuccessful, the litigation initially was allowed to proceed because resolution of the only disputed issues—whether the statements were false and caused compensable harm—would not necessitate a review of church doctrine.

A current case regarding a funeral homily that condemned suicide will determine whether the mother of the deceased can recover for intentional infliction of emotional harm, invasion of privacy and misrepresentation. The defendant archdiocese, parish and priest assert they cannot be held liable because courts are “constitutionally prohibited” from assessing “what a Roman Catholic priest may or may not say during a religious service.” They also argue the statements themselves do not satisfy the elements of the alleged torts.

Whether on a college campus, street corner or pulpit, believers should be aware of their civil liability regarding what they say and do not say, but religious speech should not be guided by tort law alone. Nor, as demonstrated by the character of the Rev. Tim Farley in Bill C. Davis’s “Mass Appeal,” should preachers be controlled by the Overton Window of acceptable homiletics. Evangelists answer to a higher law. As Pope Francis said in “Evangelii Guadium,” the central message of every Catholic sermon should “always be the same: The God who revealed his immense love in the crucified and risen Christ.”