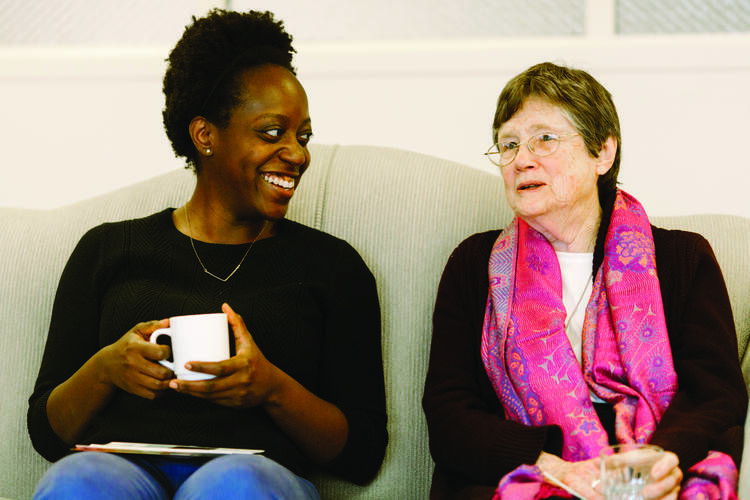 Every year, more people—particularly those who skew younger—opt out of identifying with a religious tradition. In many ways, the spiritual lives of the next generation will look drastically different than their predecessors.

At the same time, nearly 90 percent of all women religious (these are the much talked about “nuns”) are over the age of 60. Given these shifting demographics, the future of religious life will look wildly different too.

Could the future of these two groups be tied up somehow? This was the question first posed by Nuns and Nones, an organization that brings these two groups—both spiritually seeking, both distinctly committed to justice—together for conversation, relationship and even shared housing.

This week we talk to Katie Gordon, a national organizer of Nuns and Nones, about the impetus behind starting the organization, the benefits and challenges of intergenerational and interreligious dialogue, and why aging women religious and millennials are well-suited (or not) for community.

During Signs of the Times we talk about the Archdiocese of Indianapolis’s decision to no longer allow a Jesuit high school to call itself Catholic after the school declined to not renew a contract for a teacher in a same-sex marriage. Plus, we look at what Baltimore Catholics are doing to support and protect immigrants.

This is our final show for the summer—while we’re away, be sure to join in conversation and faith sharing with other Jesuitical listeners on our Facebook group, and be sure to write us at jesuitical@americamedia.org. We’ll be back in your feeds in September.