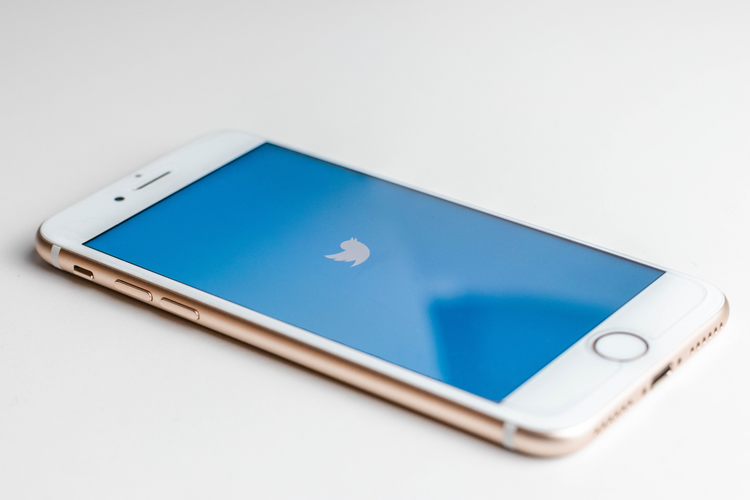 Photo by Sara Kurfeß on Unsplash

Given that the message came from the Twitter account of the U.S. Conference of Catholic Bishops, convening in Baltimore this week to deal with fallout from a sexual abuse crisis that has been plaguing the church for well over a decade, generate conversation it did: more than 1,200 responses in just over 24 hours.

What was more surprising was that the account engaged many of those responses, not shying away from tweets that criticized church teaching or even the body of bishops itself.

A user named Kristan answered why she stayed with, “The Eucharist.” But, she added, “In my 39 years of life, the events of the past several years (especially this past year) have tempted me most to leave the faith. It has been hard to stay and I have shed many tears over it.”

The U.S.C.C.B. account replied, “I’m sorry that you have had a hard time. Keep up the fight, Christ is indeed present and wants you with him.”

Another user, Tom Wilson, was blunt, tweeting, “Sure as hell not the bishops.” The response from the bishops’ conference: “Thanks for your honesty, Tom.”

Some of the critical responses went beyond the sex abuse crisis.

Magdalene Visaggio suggested the bishops’ account ask people not why they stay but why they left. “If you want to stop hemorrhaging young people, you need to look at why they're leaving,” Ms. Visaggio tweeted.

The person behind the account, perhaps unsurprisingly, is not a bishop.

The bishops’ account agreed and asked, “Why did you leave?”

“The church gave me a choice: live a lie so misery-inducing i wanted to kill myself, or step away and finally make the decisions I need not just to be happy, but to be capable of happiness,” came the reply. “I transitioned. I don’t regret it. I never will.”

The response was pastoral and inquisitive. “I’m sorry you’ve been through something so rough. Thank you for sharing. And, if I may ask, you seem interested in our coverage today - would you like to share, what is it that’s making you still interested, having left?”

“Because i didn’t leave happily. I left because I had to. The church is still something dear to my heart, but I’m glad I got out before it killed me,” Ms. Visaggio replied.

The person behind the account, perhaps unsurprisingly, is not a bishop. She is Connie Poulos. Ms. Poulos, who describes herself as “squarely a Millennial,” manages the social media accounts for the U.S.C.C.B. She has been on the job for almost two years but says people are correct to notice that the tone of the bishops’ Twitter account is different this week.

“With all the recent things that have happened just before this particular meeting, we decided...let’s be out there,” she said. That meant engaging people on social, not being afraid to respond with humanity and trying to make people feel that they are being heard.

Ms. Poulos, who describes herself as “squarely a Millennial,” manages the social media accounts for the U.S.C.C.B.

“People want to know that the bishops care,” Ms. Poulos said, before pausing and adding, “People are wondering if the bishops care.” To that end, the communications staff is considering ways to share the tweets with the body of bishops, though Ms. Poulos pointed out that many bishops have their own Twitter accounts and “pay attention to some of these things.”

About 155,000 accounts follow the U.S.C.C.B. Twitter handle, a sizable following when it comes to Catholic accounts but by no means the largest. (By comparison, Sister Simone Campell, head of the social justice advocacy group Network, has 21,000 followers; the Catholic news outlet EWTN, 187,000; Bishop Robert Barron, head of the Word on Fire ministry, 143,000; and America’s editor at large James Martin, S.J., 246,000. Pope Francis’ English-language account, one of nine that he uses to tweet, has 18 million followers.)

A graduate of the Catholic University of America who plays guitar and cantors at her Maryland parish—she said she bites her tongue when people criticize guitar Masses—Ms. Poulos said she sees in her social media management something of a ministry. Most of the interaction this week has been on Twitter, Ms. Poulos said, and she has been surprised at the vulnerability of some of the responses.

“To see the conversation turn positive about why people are Catholic, even while giving them a space to vent about what they don’t like about what’s going on in church leadership right now” has been a moving experience, she said. People have “also taken the opportunity to share some beautiful stories about why they’re Catholic right now.”

Users have tweeted about a range of topics, and Ms. Poulos has done her best to respond with care.

She said that accompanying people in their struggles is “something we’re called to do on a personal level as Catholics” and that “being able to extend that to this account has been a real joy.”

Users have tweeted about a range of topics, and Ms. Poulos has done her best to respond with care. Some have been about serious issues, like a tweet from Cory Frontin, who shared his concerns about “experiences of explicit racism within the Church,” saying it had caused him to question his faith. The U.S.C.C.B. account responded, “thank you for being honest about your struggles. We're concerned about racism too,” and pointed him to the 2018 pastoral letter on racism.

A talk from Bishop Robert Barron praising the controversial YouTube personality Jordan Peterson “kind of blew up” on Twitter, Ms. Poulos said. While Mr. Peterson, a psychology professor, attracts a large following, critics say he promulgates views that are hostile to women, racial and sexual minorities and followers of Islam. (Bill McCormick, S.J., sought to understand Mr. Peterson's popularity in this essay for America.)

What role does social media play in your life?
Our readers

Ms. Poulos said she replied to tweets expressing concern or anger about Bishop Barron’s talk by explaining, “what one bishop says does not reflect the views of the organization as a whole or the views of all the bishops.”

She said people seemed to appreciate the explanation.

There have also been some moments of levity.

One tweet joked that the U.S.C.C.B. hired the “Wendy’s intern,” a reference to the punchy tweets the fast food chain’s account is known for. Ms. Poulos was unfamiliar with the reference and caused a buzz with her response. She said one of the more difficult parts of her job is being careful to stay on brand, especially when it comes to choosing which GIFs, short videos, to use in replying to some of the more lighthearted messages.

This week’s social media engagement was an experiment, but Ms. Poulos said she feels like it has been a success.

“It shows there’s a hunger there, for the Lord, I think,” she said. “Not that the account is that, but...I think God uses everything. He uses the internet to reach people.”

"Twitter accounts" do not "listen". This "Twitter account" is a young woman, behind whom the Bishops are hiding. It is endlessly fascinating to me that these clerics insist God doesn't want this young woman to be a pastor but here she is, digging priest-bishops out of the mess they made because they have failed as pastors.

This is a marketing strategy in which the Bishops hide behind a person they would never allow to give a homily.

The author encourages you to "rage-tweet the Bishops" when he is obviously aware you would be doing no such thing.

The nonsense is endless.

Will Nier
2 years 1 month ago

excellent point are you an insider!

Will, this information is in the article. This is a marketing campaign that just got a boost from America Magazine from an author who told the truth and then obscured it with a nonsensical and wildly misleading headline, with the result that the RCC keeps on keepin' on with its willingness to bamboozle earnest and innocent people.

As a mental health professional and a Catholic, I am disgusted that pastors would ask people to make themselves vulnerable, thinking they are communicating with the leaders of the American Bishops of the Roman Catholic Church when in reality they are talking to a young woman who is, of course, not a pastor and not a Bishop.

This little marketing trick is a profound violation of trust and a profound degradation of the integrity of the pastoral relationship. Shame on America Magazine, run by actual pastors, for marketing this disgraceful, dishonest, misleading, potentially very damaging sham.

On the other hand, maybe this woman's pastoral skills, far outpacing those of many pastors, will convince these guys that God gave women the capacity to be clerics.

Here is another article. When you "engage" with "the Bishops", you will be communicating with a woman who works in the Bishops' marketing department. The RCC becomes more ridiculous every day. https://www.google.com/amp/s/www.catholicnewsagency.com/amp/news/whos-responsible-for-the-usccbs-twitter-53023

This reminds me of when I lived in Massachusetts and the Cardinal Law Abuse exploded for real and who was out there to tell people that she was the spokesperson for the bishop but some pretty blond woman. She can't be given the important pay, prestige, opportunity and sacramental recognition of a bishop, or even a priest but she can certainly take all the rage from the laity and confront it all by herself on a bishops behalf. What a farce we we have become!