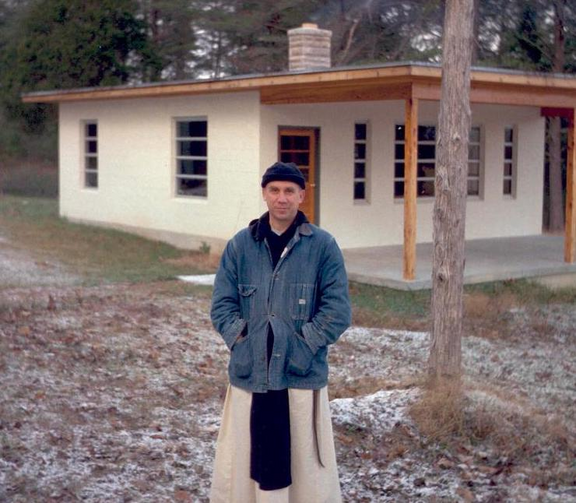 Trappist Father Thomas Merton passed away on Dec. 10, 1968. Today, the 50th anniversary of his death, America remembers him with this obituary—originally published on Jan. 4, 1969—by Mark Van Doren, a professor at Columbia University and winner of the Pulitzer Prize for poetry in 1939.

An immense amount of life went out of the world when Thomas Merton died suddenly in Bangkok on Dec. 9, 1968. And I can imagine no better evidence of this than the following paragraphs from the last letter he wrote to me when he was planning in Gethsemani the Eastern trip from which, to the entire world's loss, he never returned. The letter, dated July 23, began with a re­port on the third issue of a poetry mag­azine he had been editing at the mon­astery; there was to be a fourth issue, and after that, no more. “And then…

“And then, man, I fly to Asia. Real­ly, that is the plan. All sorts of places I am supposed to go to if I don't faint from delight at the mere thought. Since I hop from Singapore to Darjeeling, and have a meeting there with various swamis gurus etc, I hope to sneak into Nepal. Then maybe a bit more of the top of India. Then Thailand ( if not Burma, hard to get into, but may manage), then Indonesia (a monastery of ours there) then Japan, then home. Maybe. If they can get me home, l should say. This doesn't begin until Oc­tober but at the moment I am itching with vaccinations and expectations and being photographed for the passprops and phonographed for the pesthouse and air-lifted to the quarantine and di­vided up into computers. If I survive I may manage to get to a country where they don't even have roads. And where if you ride on an ox or not at all. Or a yak. Or an eleflamp...

“And then, man, I fly to Asia. Real­ly, that is the plan. All sorts of places I am supposed to go to if I don't faint from delight at the mere thought.”

“Right now, as I say, I am taken up with getting shots and visas, and clean­ing up my premises and finishing up all the absurd jobs I took on when I was a low creature of earth and not a pro­spective world traveler. I assure you I hope to make the best of it while it lasts! (Think of all the cablegrams say­ing ‘RETURN AT ONCET’ being shot to Bali, Tibet, Kamchatka, Ceylon, the Maldives, the Endives, the Southern Chives, the Lesser Maundies, the Neth­er Freeways, the Outer Salvages.)”

A card did come from Darjeeling: "This has been a marvelous trip—La­mas and all sorts. I will be gone another four months or so.” And from New Delhi, dated Nov. 9, came “Asian Let­ter I,” multigraphed for all the friends whom he could not individually ad­dress. It contained a wonderful account of three long interviews with the Dalai Lama of Tibet, now of course a refugee in India, high among the Himalayas, “the most beautiful mountains I have ever seen”; and accounts too of other meetings with Buddhists, Sufis, and in­deed “all sorts.” “I hope,” be added, “you will understand why I cannot an­swer my mail these days. I am entirely occupied with these monastic encount­ers and with the study and prayer that are required to make them fruitful. I hope you will pray for me and for all those I will be meeting. I am sure the blessing of God will be upon these meetings, and I hope much mutual benefit will come from them. I also hope I can bring back to my monastery something of the Asian wisdom with which I am fortunate to be in contact—but it is something very hard to put into words.”

Why Some Look Up to Planets and Heroes: From 1963
Thomas Merton

Earlier in this “Asian Letter” he had indulged in what he called “gossip” concerning among other things the traf­fic of Bangkok, where he had already been and where of course he was to be again. “Bangkok was the worst place for traffic I ever saw, no lights, you just step on the gas and race five hun­dred cars to the crossing. The main rule of Asian driving seems to be; never use the brake, just lean on the horn. It is wildly exciting. Especially in the Himalayas where you whiz around corners at dizzy heights and speeds and meet these huge buses coming the other way painted like dragons. Usually the road is just about one lane wide any­way, but somehow one manages. I am still alive.” Exactly a month later he was not alive.

I for one have never known a mind more brilliant. more beautiful, more serious, more playful. The energy behind it was immeasurable, and the capacity for love.

He will be missed as few persons of his time will be. I think it may be safe to say that there was never anybody else on earth like Thomas Merton. I for one have never known a mind more brilliant. more beautiful, more serious, more playful. The energy behind it was immeasurable, and the capacity for love. The energy and the love, the pas­sion and the joy—these things, in his case so miraculously and effortlessly mixed, were evident in him when he was my student at Columbia College more than thirty years ago, and as time went on they grew rather than dimin­ished. The man seemed never to be tired; or if he was, he said so in lan­guage so laughable that I knew the lightning still played beyond the clouds. Soon he was back in his stride: writing endlessly, book after book; keeping up with the affairs of the outside world—but for him it was never outside, and he knew more about it than most of us did; maintaining contact with his in­numerable friends; reading everything within reach; praying for mankind, whose manifold miseries he knew at first hand and lived with daily; perform­ing his offices at the monastery, and when he was free from those, retiring to his hermitage in the woods; and al­ways, always dashing off those letters, which of course he had no time for, yet nevertheless managed to make infinite­ly delightful to us who received them.

On the four occasions when I visited him at Gethsemani he was perfect in hospitality; seemed not to be busy, though I knew he was; spoke to me of my friends who were bis friends too, by proxy or otherwise—James Thurber, Joseph Wood Krutch, Robert Lax, Robert Giroux; went riding with me about the monastery grounds and be­yond; told stories, asked me if I re­membered  this or that, commented acutely upon current events around the world; and at the gate, when I was leaving, sent messages of great sweet­ness to those he knew were nearest me.

His death was more than a blow; it was heartbreaking, and that is why I began as I did with the letter of July 23rd which showed how boyishly eager he was to set out for Asia. That he did not come back is more terrible than I can say. The character of this man­—“but it is something very hard to put into words.” 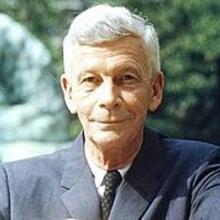 Mark Van Doren was professor emer­itus of English at Columbia University and winner of the Pulitzer Prize for poetry in 1939.

Partly deceived by the
(Alas!) imperialist and kooky
D.T. Suzuki

But right spot on
regarding his brother
Thich Nhat Hanh.

Our bookshed is named The Thomas Merton Bookshed. It also serves as our Winter Zendo. Practicing between the traditions of Buddhism and Christianity has been 50 years of nod and bow to this good monk and thoughtful visionary. We are grateful for him and his twinkling spirit.

chilling out this summer with lots of stuff from home only...Making the way I wanted by surfining on Morph tv( https://morph-tv.com/ )

Thomas Merton became like a brother when my brother gave me the Seven Story Mountain when I was about 25 and now I am 92 and he has never left me. I love that book and others he has written and he changed my life. Bless him. thank you.

Merton wrote more than 70 books, mostly on spirituality, social justice and a quiet pacifism, as well as scores of essays and reviews. Among Merton's most enduring works is his bestselling autobiography The Seven Storey Mountain (1948), which sent scores of World War II veterans, students, and even teenagers flocking to monasteries across the US, and was also featured in National Review's list of the 100 best non-fiction books of the century.
https://www.chicksinfo.com/

This man was an enigma. A brother Christian, a fellow poor banished child mourning and weeping in this valley of tears.

He was important in my adolescent despair and anguish during the age of Aquarius, the Cold War facing nuclear annihilation, the ferment of shattered and deceived post-war children.
Eventually is became clear he was drifting off into heterodoxy in the same way as other bizarre hyper-intellectualisms of Bernard Lonergan and Pierre Teilhard de Chardin.
Self, self, self ...
I conjectured that God had called him home before he lost his faith entirely.

Merton is being eulogized on many fronts today--spirituality, social commentator, man of Christian prayer, etc. but I have to confess I haven't been able to so neatly pass over his affair with the nurse Margie as his commentators have. Margie was in her early 20's, Merton in his early 50's. An attachment grows. Perfectly fine. But Margie is engaged! Merton manipulates people to enable his meeting with her--even in Merton's psychiatrist's office!