Juan Carlos Cruz: the survivor who changed the pope’s mind on sex abuse 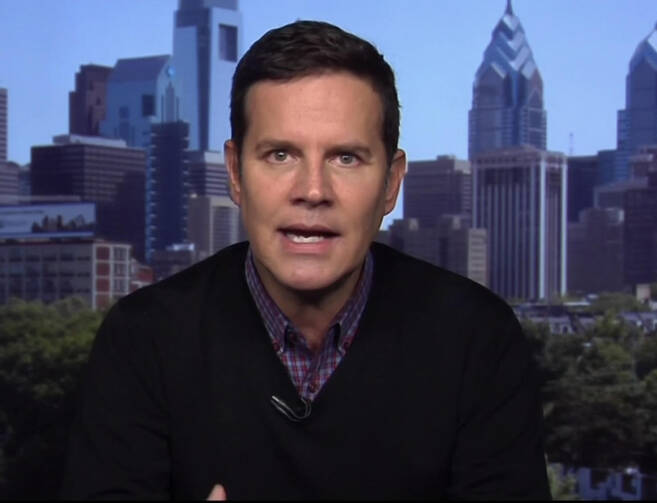 Juan Carlos has been advocating for survivors for years, since he publicly disclosed that as a child he was abused by the notorious predator Fernando Karadima, a Chilean Catholic priest. For a long time, the Catholic Church in Chile disregarded the abuse allegations against the powerful cleric. One cardinal even told Juan Carlos it was hard to believe he was a victim because he is gay and “might have liked it.” When Pope Francis visited Chile earlier this year, he initially dismissed as “slander” allegations from Juan Carlos and other victims that a bishop had covered up Karadima’s abuse. Yet Juan Carlos persisted and, by sharing his story, has changed the church in Chile and given hope to many other survivors.

The church has to change that paradigm that that way of thinking that survivors are enemies of the church and want to destroy the church.

We ask Juan Carlos: What it’s like to feel betrayed by the pope—and to have the pope ask for your forgiveness? What concrete steps do Pope Francis and the church need to take to protect and bring healing to survivors of sexual abuse?

In Signs of the Times, the International Union of Superiors General is urging sisters who have been abused to report the crimes to police and their superiors, more details emerge about February’s global summit on sex abuse at the Vatican and Catholics respond to the migrant crisis at the U.S.-Mexico border. Plus, we discuss the U.S. bishops’ new pastoral letter on racism. It’s been 40 years since the bishops have spoken together on racial justice. Does this statement go far enough?

A lot of people have been destroyed by the church...and yet they still want to move forward and call themselves Catholics.

Let us know what you think about our conversation with Juan Carlos or any of these stories on our Facebook page or Twitter. And please consider supporting Jesuitical by becoming a member of our Patreon community.

Also: If you want to learn more about the Vatican’s meeting on sex abuse, check out the latest episode of Inside the Vatican, a new podcast from our colleague and friend of the podcast, Colleen Dulle.

Juan Carlos Cruz is one of my heroes. He stood up, spoke the Truth, was slapped down by the Pope, and was eventually believed, embraced and invited to the Vatican. At 66, I have very, very few heroes. Thank You for your strength, perseverance and Faith that God is alive and well and still involved in our struggles. Bless you, Sir.

Juan Carlos Cruz didn't change the pope's mind. The international media believed Mr. Cruz and started reporting the story, publicizing the pope's reprehensible behavior. After that, he had no choice but to have a change of heart. Until reporters stop making excuses and start reporting the truth, the pope will continue to stonewall, just like he did by "removing" cardinal Wuerl, while leaving him in charge For example, why don't we hear more about Don Mercedes being made the pope's man at the Vatican Bank in spite of being a child predator. Do the pope and America Magazine only care about the abuse of minors if the country has an age of consent higher than 13?