To find God’s revelation, one can turn to music 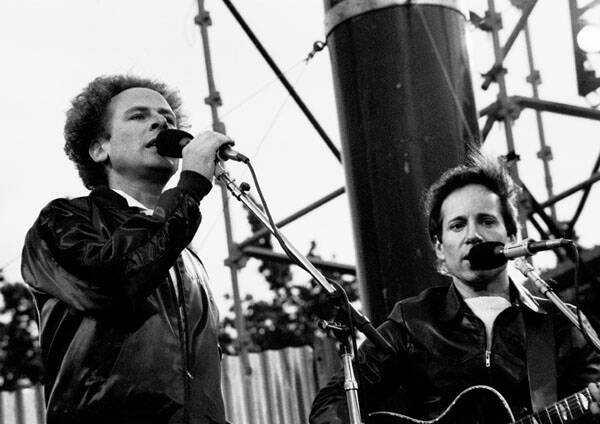 Whether or not we call them prophets, we desperately need men and women who can show us the way, who can link ancient promise with hopes still birthing.

Can a song save your life? Can a canticle change your life, fundamentally alter its course? Can it arrive at such a moment, maybe in your youth, so that its words and melody become a part of who you are, who you are ever to become?

For me, that song is Simon and Garfunkel’s “Sounds of Silence.” Praying quietly in an empty church last week, I realized that I can still recall its lyrics and melody, from beginning to end. Sometimes, upon entering the presence of the Blessed Sacrament, I’ve even unconsciously intoned the song’s opening words: “Hello darkness my old friend. /I’ve come to talk with you again.”

Here’s how the song entered my life. Growing up in rural Kansas, I had never encountered a city until high school, when I was part of a travelling folk chorus organized by our Capuchin Franciscan priest and teacher, Father Mike Scully. Several times a year he would load 40 of us young men into a school bus, one not designed for long distance travel but the best that the school could offer, and take us off to sing at Masses in places like Denver, Albuquerque and St. Louis.

Can a song save your life? Can a canticle change your life, fundamentally alter its course?

Father Mike was no fool. We’d depart the school at around midnight, after a home basketball game and sock hop. Jack Schramm, our driver, would be hyped-up on coffee. Father Mike would let the crowd choose the first eight-track. Probably something from Chicago or Three Dog Night. But the second album was always Simon and Garfunkel's “Greatest Hits.” Long before we reached a distant Kansas border, 40 young men would be sound asleep.

It’s still my favorite album, so important to me that I only listen to it in times of great joy or distress. The sacred stays sacred by staying scarce. And is “sacred” such an odd word for a song that changes who you are? Because that’s what “Sounds of Silence” did for me, one bleak Sunday afternoon in December.

After having sung four or five times that weekend, our folk chorus was departing Denver along Interstate 70. Maybe Father Mike was tired, because we were listening to the “Greatest Hits” in daylight, though snow was falling from a heavily overcast sky. By the time it reached us, the winds were giving it the same horizontal trajectory as the bus.

Most cities are not particularly lovely when viewed from their interstate highways. Denver in the 1970s was car dealerships, salvage yards, grain elevators and transport depots. It wasn’t a promising glimpse of the world beyond small town Kansas. And I heard:

I’ve come to talk with you again

Because a vision softly creeping

Left its seeds while I was sleeping

And the vision that was planted in my brain

Within the sound of silence.

In restless dreams I walked alone

‘Neath the halo of a street lamp

I turned my collar to the cold and damp

That split the night

And touched the sound of silence.

And in the naked light I saw

And no one dared

Disturb the sound of silence.

Fools, said I, you do not know

And echoed in the wells of silence.

And the people bowed and prayed

To the neon god they made

In the words that it was forming

And the sign said, the words of the prophets are written on the subway walls

And whispered in the sounds of silence.

That was the moment my faith matured from personal piety into a desire to change the world with the vision of Saint Francis, of Jesus, of my Catholic faith.

As a high school student in the ‘70s, I had already missed the pivotal moments of conflict and change that had swept the nation. And it would be years before I would ever ride a subway or walk in a tenement. So, admittedly, this small town Kansas kid was doing no more than looking out, from a snowy, wet window, at a windblown world, but for him it was already “seared with trade; bleared, smeared with toil.”

“Be Not Afraid”: The song that eases the biggest transitions in—and out of—life
Colleen Dulle

Our faith tells us that prophecy has ceased. This is because we believe that in speaking the word “Jesus” to us, the Father has said everything that can be said. In this Word, in his person and in his acts, we know all that there is to know about the goodness of God, about God’s love for us, about God’s never-tiring, ever-merciful search for us.

But this does not mean that revelation itself has ceased. Indeed, as the great Swiss theologian Hans Urs von Balthasar pointed out, it signifies that revelation has truly begun:

The fact that revelation is concluded by the death of the last Apostle cannot mean that God’s revelatory activity—the eventful-ness of his self-disclosure—is a thing of the past and that all that is possible now is a retrospective reflection which elaborates the past revelation. One could almost affirm the contrary: that is, that the preparations are now over and that the main part of the drama can begin. The Spirit of the Father and the Son has been poured out over all the world, to the end that the Father’s work of creation and the Son’s work of reconciliation, both raised to the final Trinitarian potency, can now show themselves to the world in their full form and impress themselves upon it with their full power. The Christ-form, to which the Old Testament and the Apostolic period belong, is historically unsurpassable but, as we have seen many times, the Christ-form attain to its plastic fullness only through the dimension of the Holy Spirit—and that means also through the Church.

People of faith must ever ponder the distance between the world as we know it and the world that God created. Even more so, between this world and the one our Gospel promises. Whether or not we call them prophets, we desperately need men and women who can show us the way, who can link ancient promise with hopes still birthing. Yet, in a world that so seldom falls silent, how do we recognize true faith from false promises?

These are the marks of God upon the prophets, but the only way to discern these signs, the only way to hear what is being said to us, is to enter into silence and there, prayerfully, to ponder.

Thank you for a thoughtful reflection!

Music and lyrics of songs are very influential in my prayer practices. I remember that “Sounds of Silence” resonated with me, too. I was in college then. Thank you for your post.

Catastrophes that are going on today are God's judgments disclosure 8:6 The principal heavenly attendant sounded Professional Essay Writers his trumpet and there came hail and fire blended with blood and it was flung downward on the earth. 33% of the earth was consumed, 33% of the trees were consumed, and all the green grass are consumed.