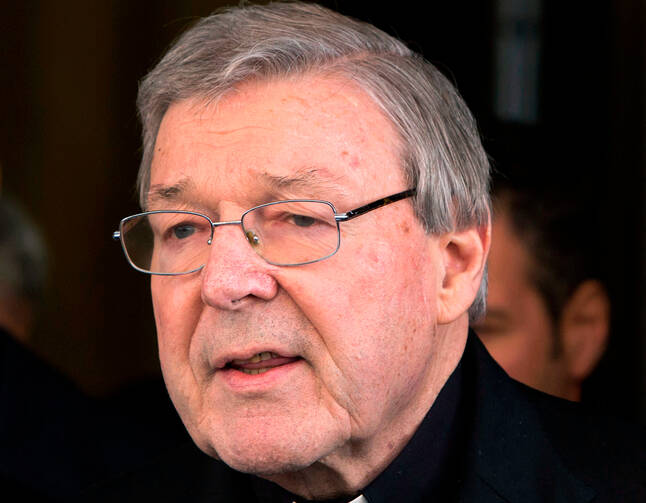 The most senior Vatican official to be charged in the Catholic Church sex abuse crisis will stand trial. Cardinal George Pell will face at least one charge at trial after being accused of sexually abusing multiple victims decades ago. Magistrate Belinda Wallington on Tuesday dismissed some of the other charges against Pell. Wallington is issuing her ruling in the Melbourne Magistrates Court.

Wearing a cleric's collar, Pell earlier arrived by car in front of the downtown court where police officers were waiting to maintain order. His lawyer has called the charges untrue and Pell said previously he would plead not guilty if ordered to stand trial.

For background on the case read Gerard O'Connell's report here.