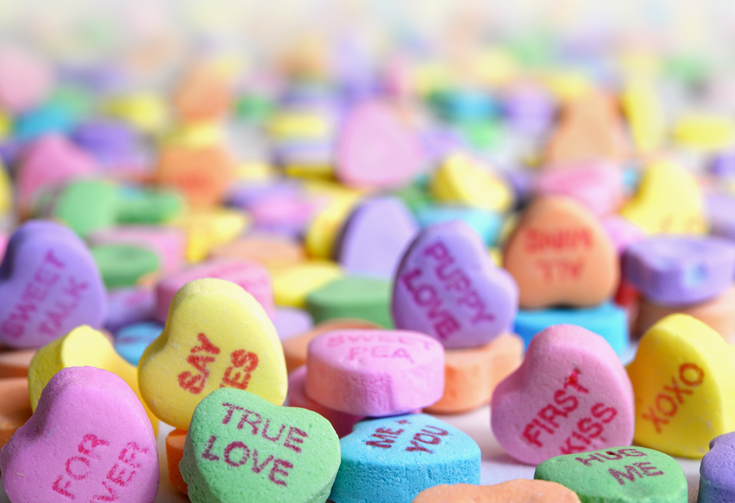 Photo by Laura Ockel on Unsplash

Catholics in Chicago are being given a reprieve from that most noxious of American holidays: Valentine’s Day. By coincidence, the Christian day of atonement that marks the beginning of Lent, Ash Wednesday, falls on Feb. 14 this year. That overlap led the Archdiocese of Chicago to send a message to parishes last week asking them to urge parishioners to celebrate “the largely secular celebration of Valentine's Day” the day before—on Mardi Gras.

“Catholics throughout the world recognize Ash Wednesday as the solemn beginning of a period of prayerful reflection and penance, as is evident by the large number of church goers on this day,” the statement reads.

“In view of the significance of Ash Wednesday the obligation of fast and abstinence must naturally be the priority in the Catholic community,” it continues. “Valentine's Day can appropriately be celebrated the Tuesday before Ash Wednesday which also happens to be Mardi Gras, a traditionally festive time before beginning our Lenten observance.”

Catholics in Chicago are being given a reprieve from that most noxious of American holidays: Valentine’s Day.

The bishop of Birmingham, Ala., released a similar message on Monday, writing, “The good Lord, who suffered so much out of love for us, will surely reward our fidelity and sacrifice!”

On social media, some people noted that Ash Wednesday, a day of quiet reflection on the fallen state of humanity, and Valentine’s Day are not dissimilar:

Another suggested the coincidence presented an opportunity for dating evangelization:

You think that since Ash Wednesday and Valentine’s Day coincide this year, it may be prudent to answer Tinder messages with, “You are dust, and to dust you shall return. xo.”

While others offered ideas on how to combine the two celebrations:

Heart shaped ashes. Have your Valentine’s name written in ashes on your forehead. Please speak to father beforehand.

Ash Wednesday is on Valentine’s Day, guys be on the lookout for your future catholic boo ❤️⛪️

The Valentine’s Day-Ash Wednesday mashup will not be the only quirk of the 2018 holy season.

There are, of course, Catholic roots to Valentine’s Day, with at least three saints bearing the name, all of them martyrs, being tied to the holy day.

But the holiday in its present form, with manufactured expressions of love manifested with greeting cards, expensive meals and chocolate hearts, is a cash cow, with one study in 2016 estimating that Americans would spend about $20 billion in total.

Father James Martin on what makes a good Lent. Also, our pilot.
Jesuitical

The church no longer recognizes Feb. 14 as St. Valentine’s Day. Instead, on Feb. 14 it honors Sts. Cyril and Methodius, two brothers and missionaries born in present-day Greece.

Ash Wednesday can be as early as Feb. 4 and as late as March 10, which means bishops will never be forced to face angry Catholics upset about fasting on St. Patrick’s Day. (Though occasionally, like last year, March 17 falls on a Friday during Lent, leading to some Catholics being given dispensation by their bishop to enjoy corned beef, while others must keep the fast.)

The Valentine’s Day-Ash Wednesday mashup will not be the only quirk of the 2018 holy season. Easter Sunday falls on the first of April. No fooling.

Having a sweetheart makes it even worse. The guy has to pretend he doesn't hate the saccharine thing, if he knows what's good for him.
Right on, Michael, by the way.

Hate Valentines Day? - "Hate" is a rather strong word - My Catholic Mother RIP forbid us to use "Hate" instead opting for "dislike" - Hate and Valentines Day very incongruous