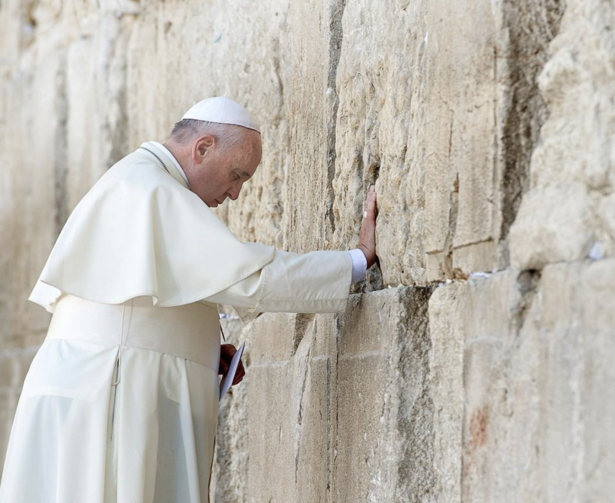 Last month, to mark the fifth anniversary of @Pontifex, the papal Twitter account, Pope Francis sent a message thanking his followers and offering a prayer, of sorts, for social media more generally.

“Thank you for following @Pontifex, which turns five years old today,” the message read. “May social media always be spaces that are rich in humanity!”

Pope Francis: “May social media always be spaces that are rich in humanity!”

Olivia Messer, a reporter for The Daily Beast, tweeted in reply, “who wants to tell him,” a playful nod to the fact that these days, Twitter is known more for its harassment, bullying and general abuse than for being a space “rich in humanity.” In fact, Twitter itself acknowledged this, somewhat, in mid-December when it took steps to banish a number of accounts tied to hate groups, including one that was recently shared by President Trump’s personal account.

But the Vatican has apparently decided that the value of Twitter—and other social media—as communications platforms far outweighs their hazards.

Just last month, Bishop Paul Tighe, secretary of the Vatican’s Pontifical Council for Culture, told Bill McCormick, S.J., of The Jesuit Post, that the church must consider, “How are you going to get present in the environs in which [people] are living their lives?” That means being online.

Regarding Twitter specifically, Bishop Tighe acknowledged that while Pope Francis and his team seem to excel at Twitter, the platform might not be a good fit for everyone. “Some people can be good on Twitter, and other people can realize that Twitter brings out the worst in them,” he said.

Pope Francis’ tweet marked the fifth anniversary of the day his predecessor, Pope Benedict XVI, tapped a few buttons on an iPad on Dec. 12, 2012, to publish the first—and up to then only—tweet ever sent by a pope.

The former pope’s message was simple: “Dear friends, I am pleased to get in touch with you through Twitter. Thank you for your generous response. I bless all of you from my heart.”

About two months after Pope Benedict sent his first tweet, he shocked the world with news of his resignation. But before he left office, he published 39 tweets, most of them short reflections on Scripture or a thoughtful question for his roughly three million followers to consider. As I wrote in my book The Tweetable Pope: A Spiritual Revolution in 140 Characters, the tweets themselves were not particularly memorable, but the fact that Pope Benedict tweeted at all was a sign of his openness to moving the church into the social media realm.

The pope and the president continue to battle it out for the title of the world’s most followed global leader on Twitter.

When Pope Benedict retired in February 2013, all his tweets were deleted and the papal Twitter account went dark, a social media sede vacante. When Pope Francis was elected the following month, he sent two tweets in the first week of his papacy, an indication that he planned to continue using the papal account.

The pope’s English- and Spanish-language accounts are his most popular; each has more than 15 million followers. The others are Italian (4.8 million); Portuguese (3.4 million); French (1 million); and Polish, Latin, German and Arabic, each with under a million followers.

From his English-language account, Pope Francis has tweeted about 1,400 times, or about six times each week. A small team in the Vatican culls the pope’s homilies, statements and speeches for short messages that will help bring attention to what is on his mind.

Sometimes the pope himself will weigh in on which topics he would like his team to tweet about, and he approves each message before it is sent out. He has tweeted about God more than 300 times, used the name Jesus at least 175 times and mercy or love about 300 times. And those messages have global reach.

Among the pope’s most popular tweets, measured by the number of times people shared his message with their own followers through retweets, were a call in 2017 to “welcome migrants and foreigners,” his tweet in 2015 about the earth looking like “an immense pile of filth” and an exhortation to young people from last fall to “dream big.”

Back in early November, Twitter caused an uproar with many of its users when it announced that it was doubling its iconic 140-character limit to 280 characters. Many tweeters said the messages were too long, and some vowed not to take advantage of the new limit, pledging to keep their tweets within the old bounds. While Pope Francis never made such a public declaration, it appears that he agrees with the critics.

Between Nov. 7, when the change was announced, and this writing in late December, Pope Francis tweeted 42 times from his English-language account. For all his reformer’s instinct, Pope Francis seems wedded to Twitter tradition. Only one of those tweets, “Without the support of the prayers of the faithful, the Successor of Peter cannot fulfill his mission in the world. I am counting on you too!” exceeded the old limit of 140 characters.

And even then, he posted only 141 characters—one beyond the old limit.

Pope Francis is the most-followed world leader on Twitter—but Trump is closing in.
Michael J. O’Loughlin

The Vatican’s gamble on social media seems to be paying off richly. Pope Francis was the most “influential” global leader on Twitter in 2013, 2014 and 2015, according to the social media analytics group Twiplomacy. In 2016, he was knocked down to number four, with former President Obama and then-candidate Donald J. Trump beating him out. The pope and the president continue to battle it out for the title of the world’s most followed global leader on Twitter, though Mr. Trump has led consistently since last summer.

But neither man should let their roughly 40 million followers go to their heads. They have a long way to go to catch up to the likes of pop stars Katy Perry (108 million followers) and Justin Bieber (104 million).

Francis's tweet is always the first one that I see for the day, at the top of my feed. Sometimes I stop there.

Trump has 43 million twitter followers and while the Pope (40mil) has a base of 1.2 billion as possibles, Trump has a much smaller number of republicans as possibles for his twitter numbers. But numbers in the Bible are not a good sign usually. Christ had thousands whom He fed with loaves and fishes but he had a handful of humans at the foot of the cross. Jeremiah wrote..." but I have sat alone because thou hast filled me with threats."