In prison, writing is an act of redemption 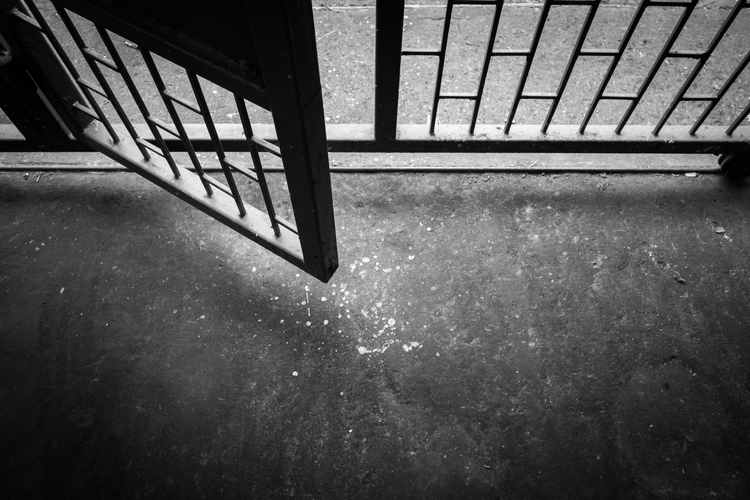 The poet is gone, transferred to another institution. This was not his choice: When one is incarcerated, one goes where one is sent. His name appeared on a transfer list, his property was packed up, and he was on a bus by week’s end. It is like he was never here.

“Here” is where I work: a state prison library. This particular library is an anomaly in prison: a large room with a high ceiling, lined with shelves and windows, full of light, redolent of the bookish smell that readers love. It is an oasis, a little patch of serenity within the strictures of the institution.

The library is an oasis, a little patch of serenity within the strictures of the institution.

I got to know the poet when he asked me to proofread some of his poems before he sent them out to various editors. He spent part of every day at one of the library typewriters, so he was a familiar face. He had already received a few rejection slips, and as a fellow freelance writer, I shared with him my own high number of rejections.

Writing is a solitary act, but I know that my writing has matured over the years with the help of writing groups and workshops and feedback from other writers. I asked the poet if he thought a writers group might interest him. He agreed immediately. I asked some of the other library writers: the guy writing the fantasy novel, volume one of a projected 10 volumes; the guy writing a children’s story to help children cope with death; the guy with the M.F.A. in creative writing, whose essays on life in prison read as if Tim O’Brien had gone to prison instead of Vietnam. They signed up. Another young guy asked me if he could come to the group. He had never written anything, but he might start. He asked if he could bring a friend. With the poet, that meant there were six writers at our first meeting.

I find myself humbled to sit among a group of writers discovering the salvation inherent in the act of writing.

We started with introductions. I gave each of them several sheets of loose paper since the standard writing-group spiral notebooks are contraband. We followed with a writing exercise: five minutes on our earliest memory. The veteran authors jumped in. The two new guys looked around nervously and then began to write.

That was four years ago. As we continue to meet for an hour every Tuesday afternoon in the library, I get to listen to an astonishingly high level of writing. “Like my father, I fathered a fatherless son,” wrote one young man, 12 poetic syllables containing a world of trouble and hurt, as well as a diagnosis of one of society’s major maladies. “We are the black sheep, shorn of reality,” wrote an older gentleman, in another flash of insight, self-deprecating yet astute. I find myself humbled to sit among a group of writers discovering the salvation inherent in the act of writing.

“Like my father, I fathered a fatherless son,” wrote one young man, 12 poetic syllables containing a world of trouble and hurt.

These are not writers pecking at a laptop or reading their verse from an iPhone: Aside from the standalone computers for legal research and the staff computer in my office, the library exists in a technologically forgotten time. These writers use pencils and pens and odd assortments of paper; they scratch their way through pages and pages of words, thereby discovering what they truly think, away from the clang and posturing of prison life.

“Never again in my life will I have this kind of time to work on me,” wrote an inmate who will go home soon and who intuits the therapeutic aspect of the well-filled journal. The subject matter for these writers is grit and rage, longing and injustice, and yet they will spend a long and gentle time thinking about a single word, a semi-colon, a verb tense.

“I was gonna go after him. Thought I might have to put him on the ground. But then I thought: Maybe he’s just having a bad day,” wrote one writer, in an inkling of the concept of empathy after 30-odd years in prison.

The subject matter for these writers is grit and rage, longing and injustice.

The group’s attendance has swelled and shrunken and swelled again as inmates come and go. Each week, three writers volunteer to read their work and accept suggestions and ponder praise. They laugh and sometimes cry. I encourage them to submit their work, to publish, so that the circuit from writer to reader can be complete, so that the satisfaction of seeing one’s work in print can fill their hearts, so that they can take pride in something they have done while incarcerated.

Three years ago, we started putting together a quarterly newsletter for the yard, which includes creative writing and artwork, recipes for hot pots and informational pieces, opinions and advice. Called “The Caged Bird,” it is the first place some of the writers have gone public with their talent. Our first issue was two pages; the most recent one was 16.

Before the poet left, he shared his news of three separate pending publications of his work. Another writer’s work appeared in a small magazine, unpaid but priceless, his first published clip under his imaginary belt. One day we may see one of their bylines in The New Yorker. One day these men will be released from prison. They will go back to whatever pieces of their prior lives remain, but they will go back as seasoned, thoughtful writers. They possess the power of the written word, and I know they will continue to write, as testimony to the act of writing as rehabilitation, as redemption, as rebirth.

“My life is on the write track,” wrote one budding author, and I am not certain if the choice of the wrong homonym was unintentional. Either way, it works.

I love this article, Valerie. I applaud what you are doing with the inmates. I, too, recently joined a writer's group at the library and am discovering the risk & magic of sharing myself with readers. It is helping me to find my voice. Thank you.

Thanks. Thought-provoking piece. “My life is on the write track" - It does work.