Which religion's liberty is most threatened in the United States? 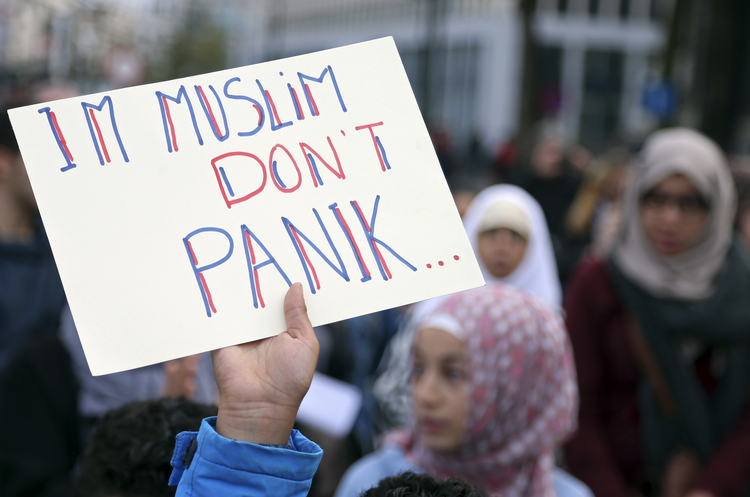 In response to the question above, a striking majority of survey respondents told America that the religious liberty of Muslims is threatened more than any other religious group in the United States today. This figure reflects a wider perception of Muslims as suffering from the most religious discrimination in the United States, and is connected to recurrent reports of Islamophobic attacks across the country.

A majority of readers who had witnessed religious discrimination wrote about observing Islamophobic harassment, sometimes committed by Catholics, particularly of women who wore hijabs. Juelene M. Newland-Pyfer of Seattle, Wash., wrote that she had seen women wearing hijabs “verbally abused and insulted by white men, who accused them of being evil.” "Get out of my country! You and your kind don't belong here,” Ms. Newland-Pyfer described hearing the men say. From Colorado, Morgan Iacono witnessed a similar attack on a college campus, where young Muslim-American women were told to remove their hijabs and “go back home.” Other readers highlighted the prevalence of Islamophobic content on social media and spoke of Muslim friends being detained unlawfully at airports and “Muslim children being laughed at and excluded because of their religious practices.”

Surprisingly, considering the recent spate of attacks against Jewish people and their places of worship, more readers identified a prominent threat to the liberty of Christians rather than of Jews. Among the 10 percent who selected Christianity as the most threatened in the United States were Catholic readers who described denominational conflicts and prejudices firsthand. For example, Lee Wilkins from Alabama mentioned that as a child growing in 1970s, “Southern Baptists did not think Catholics were Christians.”

Although only 5 percent of our sample of readers saw Judaism’s religious liberty as the most threatened, many described instances of discrimination against Jewish people. Anti-Semitic threats were witnessed by readers like Philip Moore from Ohio, who as a Roman Catholic had not experienced religious discrimination himself. Mr. Moore wrote, “The local Jewish center about a mile from my home has received bomb threats.” A number of readers also described witnessing anti-Semitism against classmates in Catholic school settings. From Illinois, Muriel Quinn drew attention to how people of various faiths can violate one another’s religious liberty. “Let's understand: Religious discrimination can also mean using one's own religion to discriminate against others.” 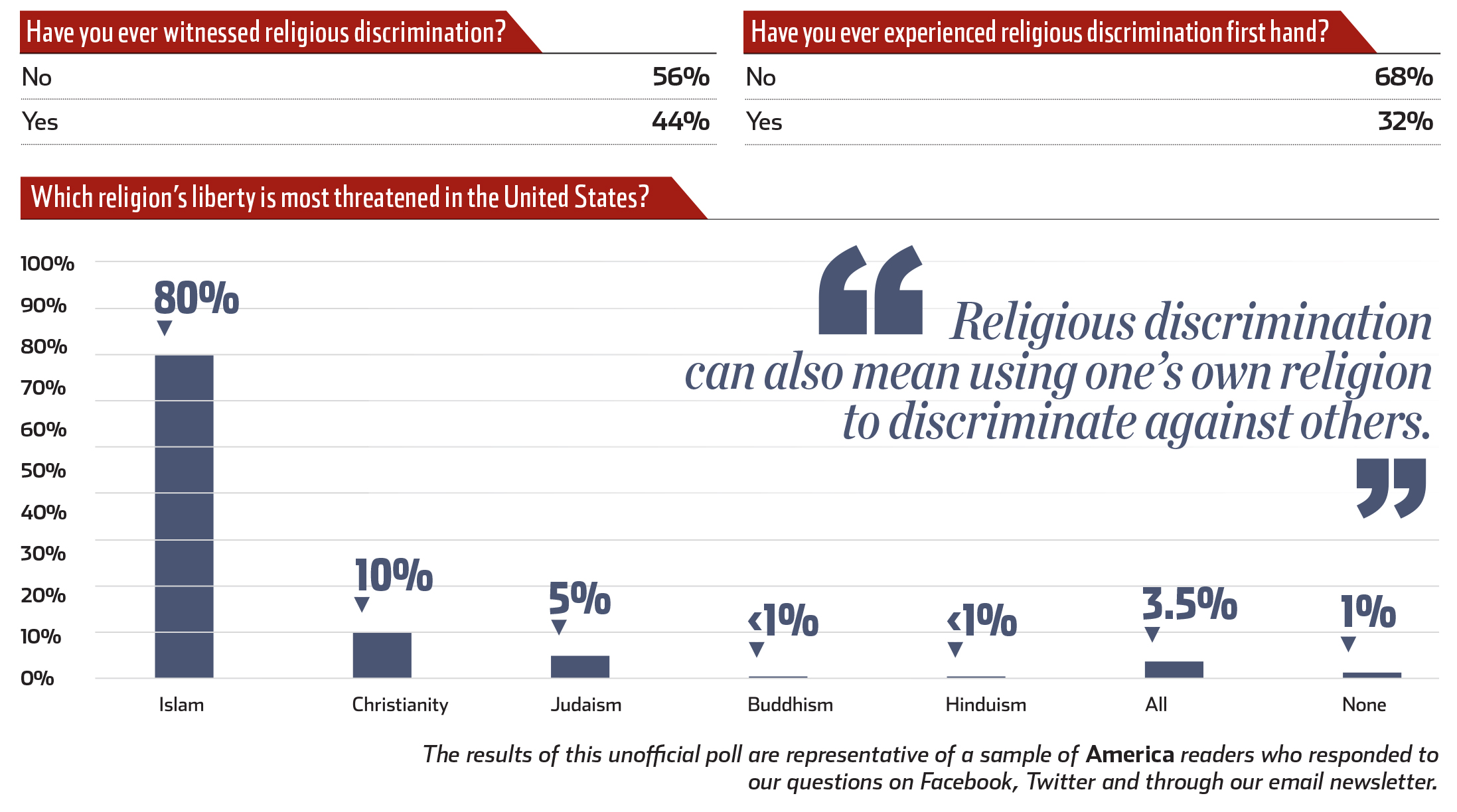