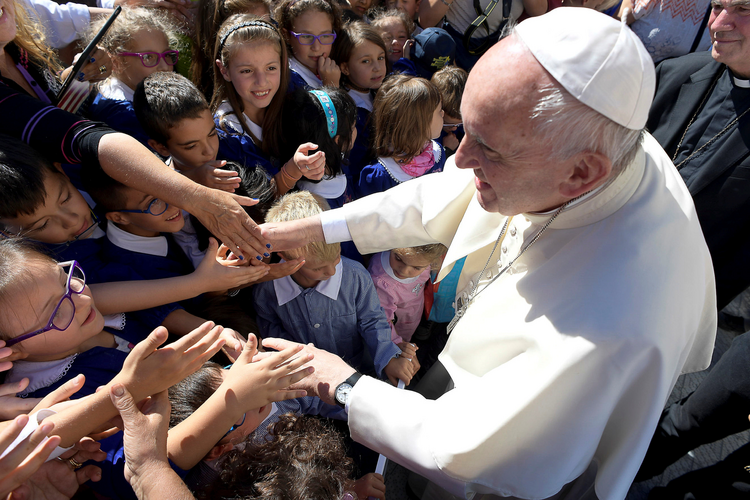 The Spiritual Exercises of St. Ignatius Loyola center on the nitty-gritty process of making decisions—“elections” in Ignatian-speak—actions carried out under the influence of a gracious God. St. Ignatius suggests three possible intellectual and emotional “times” of one’s life “in any of which a sound and good election can be made.” I have, over my 59 years as a Jesuit, made elections in all three of these times. But St. Ignatius’ guidance is not a preserve just for Jesuits. All human beings who put their faith in God have to make elections from time to time.

St. Ignatius describes the first time for making an election thus: “When God our Lord so moves and attracts the will that without doubting or being able to doubt, such a dedicated soul follows what is shown, just as St. Paul and St. Matthew did when they followed Christ our Lord” (Sp. Ex., No. 175). Many people claim the sudden clarity that characterizes this first manner of making an election is rare, but I can testify to having made such elections more than once, starting with my decision, two months after entering the Jesuit novitiate, to become a missionary.

A novice a year ahead of me remarked one afternoon that he thought the greatest Jesuits he had met thus far were visiting missionaries from the western Pacific and the Philippines. A deep-dyed New Yorker, the only islands that held my heart were, in the words of an old song, Manhattan, Staten and Long. Later that afternoon, during a prescribed period of prayer, it occurred to me that I was a less than generous knight, to use Ignatian imagery, and that I should give some thought to a missionary future. By the end of that half hour I resolved the issue by deciding to volunteer for the missions. Looking back on it, I realize it was a reckless choice—but I never got around to reversing it, for which I thank God.

My master of novices tried to keep my obsession with the missions on the back burner, but without success. For years I told almost no one else about this missionary ambition, so it came as a surprise to some of my Jesuit contemporaries when I was assigned to work in Nigeria in 1964. I did not exactly fit the “missionary type” of the day—athletic, outdoorsy. I was definitely not athletic, decidedly indoorsy.

Inspired by that first year in Nigeria, a country almost equally divided between Christians and Muslims, I started theological studies in the United States and subsequently pursued a doctorate in the history of religion, specializing in Islamic studies. I taught in that academic area at a state university in Ghana for nine years. By the time I had completed a total of 11 years in West Africa, I thought I had done my bit for the missions and accepted an offer to teach at Fordham University in 1983. The following year, the new superior of the New York Province invited me to see him in his office. He asked why I was not back in Africa. I explained that I felt that my long-widowed mother needed my presence in New York. Despite my mild protests, he knew how much I truly loved Africa. “I’ll get you back to Africa some way or another,” he said by way of conclusion.

This brings me to the “second time” in which “a good election can be made.” St. Ignatius characterizes it as one “when sufficient light and knowledge is received through experience of consolations and desolations, and through experience of the discernment of different spirits” (Sp. Ex., No. 176). If in the first time an election comes as a flash of insight, in the second time it gradually evolves through a sometimes exhausting process of evaluating conflicting feelings, varying emotions that arise in an interior struggle not unlike that of Jacob wrestling with God by night (Gen 32:24–30). When the provincial finally got around to asking me to return to Nigeria, he asked me to take up a job I could only describe as totally boring: factotum (general assistant) to the regional superior in Nigeria and Ghana. The provincial had left the acceptance of that job up to me—and Jesuit friends urged me not to take it. But God felt differently.

In the fall of 1985 the Jesuits of my province were invited to engage in what is called a 19th Annotation Retreat. That annotation to the text of the Spiritual Exercises allows one “taken up with public affairs or necessary business”—I was teaching three courses a semester at Fordham University and helping in a parish on weekends—to make the Exercises for an hour and a half each day. One month into this extended retreat I went to visit my mother, wintering that year in West Palm Beach. She wondered why I was so taciturn and preoccupied. One day, on the boardwalk at Lake Worth, I broke my silence: “The provincial wants me to go back to Africa.” She seemed strangely unperturbed. “Do whatever he tells you.”

At my mother’s wake five years later, a friend of hers asked me if I remembered that conversation. “She told me about it,” the friend continued. “She said that you had been so silent, so unlike yourself, that she was beginning to wonder if you were about to tell her that you wanted to leave the Jesuits and get married.” I burst out laughing. Much later I realized that my mother, perhaps better able to discern “different spirits” in me than I, said to me what the mother of Jesus had said to the stewards at the marriage feast in Cana: “Do whatever he tells you” (Jn 2:5).

A few weeks later I was struggling with my daily retreat meditation in the chapel of the Jesuit community at Fordham, still not drawn to that dreadful job in Lagos. While I was praying there and, in some sense, reproaching God for putting me into this dilemma, an older Jesuit entered the chapel. Joseph McKenna, S.J., was a brilliant man who had spent over 20 years in Nigeria, a place he personally found very difficult. He had a doctorate from Yale and was the head of Fordham’s political science department before the provincial sent him to Nigeria. He felt the loss of his academic field, but he never complained. Father McKenna did great things in Nigeria, always behind the scenes, among them funneling international food aid to refugees suffering from the results of the Nigerian civil war (1967–70).

God had sent me a sign that afternoon, a personal symbol of self-sacrifice. A feeling of tremendous consolation came over me, a sense of relief. I knew that January afternoon that my election had been confirmed and that I was going home to Africa.

The job in Lagos turned out to be less dreadful than I had feared. In fact, when it came time to leave Nigeria three years later, I burst into tears as I drove past the teaching hospital where I had ministered part time, thinking of the many sick and dying people I had the privilege to serve.

The logic of this second-time election would kick in two more times when events beyond my control pulled me back to Africa. On Nov. 12, 1989, Ray Adams, the Jesuit superior in Ghana and a close friend of mine, was murdered. Four days later the New York provincial asked if I would be willing to replace Ray in Ghana. I sat down, thought for a few seconds and said yes. When the provincial asked if I wanted some time to think and pray over it, I replied no.

Then in 1996, while I was teaching at the Pontifical Gregorian University in Rome, the regional superior in Nigeria and Ghana asked if I would consider returning to become the president of a recently opened Jesuit secondary school in Nigeria’s federal capital, Abuja. I told the New York provincial that I knew nothing about running secondary schools but I would think and pray over the request. Somehow the provincial took that response as a yes.

I have not yet described the “third time” for making an election, a time that St. Ignatius suggests is only a backup in case you have not experienced the work of the Spirit in the first two times. But St. Ignatius recognizes that there are more phlegmatic people in the world, and that maybe all of us have more phlegmatic days—what he calls “a tranquil time.” He goes on to specify “a tranquil time” as a time when “the soul is not disturbed by different spirits and can use her natural powers freely and calmly” (Sp. Ex., No. 177). Maybe I am just a turbulent soul, but I do not have those days very often. Others do, and St. Ignatius elaborates two sets of rules for making a graced decision in “a tranquil time.”

Both sets of rules for tranquil-time decisions involve counting pros and cons for a particular course of action and putting them in a larger perspective than might be afforded by simply following your own instincts. In the second way of making an election in a tranquil time, St. Ignatius suggests that you look back at a potential election the way you might do from your deathbed or from the Day of Judgment. Maybe it’s because I am Irish, but looking back from the perspective of my deathbed has always had a salutary effect on the choices I have made over the years.

But even after an election is made in one way or another in a tranquil time, the person making the election still has to go back to seek God’s confirmation, and that involves examining one’s consolations and desolations in prayer, the spiritual ups and downs, the inner twists and turns that always accompany the process of wrestling with God.

I turned 77 this year, and I realize that I have fewer years ahead of me, fewer elections to make. I must say, however, that those 26 years in Africa remain much more vivid in my imagination than the half century I have spent elsewhere. Lord Tennyson’s “Ulysses” speaks to me as I grow older: “I am a part of all that I have met;/ Yet all experience is an arch wherethro’/ Gleams that untravell’d world whose margin fades/ Forever and forever when I move.” I thank God for St. Ignatius and for the ways he has helped me to chart the seas of many elections, throwing open the windows of my heart and mind on new worlds over the past six decades.