“Set the world on fire”? Sorry, St. Ignatius never said that (or these other famous Jesuit quotes) 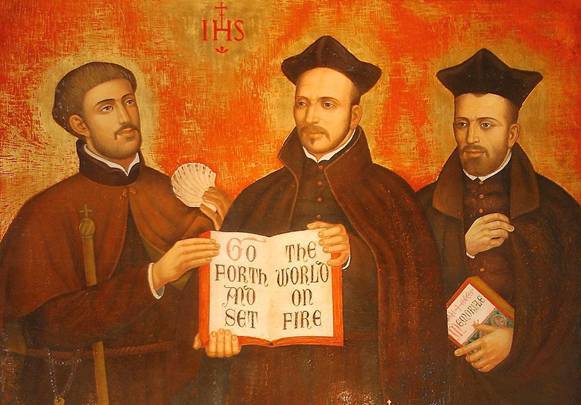 Mother Teresa did not write, “People are often unreasonable, illogical and self-centered; forgive them anyway. If you’re kind, people may accuse you of selfish, ulterior motives; be kind anyway.” A 19-year-old Harvard student wrote that in 1968, in a booklet for high school students.

Archbishop Oscar Romero did not say, “We are prophets of a future not our own.” Bishop Kenneth Untener of Saginaw wrote it in a homily for deceased clergy.

St. Francis of Assisi did not pray, “Lord, make me an instrument of your peace.” Honor for that gem goes to an anonymous French writer and a Catholic publication called La Clochette in 1912.

In the last decade, numerous pundits have written about a phenomenon conspicuous on the internet—but surely also with roots as old as the written word—of famous persons being credited with quotations that they never said.

Among the saints, Ignatius Loyola is something of a “quote magnet.”

Among the saints, Ignatius Loyola is something of a “quote magnet,” a term coined by the Yale librarian Fred Shapiro to denote individuals who, for whatever reason, attract more misquotes than usual.

Ignatius did not say, with reference to Jesuit schools, “Give me the child for the first seven years, and I will give you the man.” Or again, when a Dominican visitor purportedly asked Ignatius where he kept the holding cells for wayward Jesuits—a common practice among religious orders at that time—Ignatius did not respond, “I have no need of prisons when I can show them the door.”

Some Ignatian misquotes do little harm, such as “Go and set the world on fire.” Circumstantial evidence suggests that Olivier Mannaerts, one of the last surviving Jesuits to have known Ignatius personally, credited him with a saying that was popular among the Jesuits of Father Mannaerts’s own time.

“Laugh and grow strong” will not injure anyone, although Jesuits and friends who wish Ignatius to be taken seriously do him no favors by promoting it. An undiscriminating reader lifted it from a life of Ignatius by the English poet Francis Thompson. The latter was being facetious when he reworked an old saying, “Laugh and grow fat,” to summarize advice that Ignatius had given to Jesuits.

Other misquotes are more consequential.

Lord, teach me to be generous, and to serve you as you deserve/ to give and not to count the cost/ to fight and not to heed the wounds/ to labor and not to seek for rest/ to toil and not to seek any reward/ except that of knowing that I do your will.

The prayer is romantic, but otherwise quite opposed to Ignatius’ spirituality. He urged his brother Jesuits to rest regularly, eat healthily, moderate their asceticism and resist the quixotic temptation to choose difficult works for their own sake. He wanted Jesuits to accomplish the most good that they could over the course of a long lifetime—not to burn themselves out in a brief blaze of zeal.

“Laugh and grow strong” will not injure anyone. Other misquotes are more consequential.

In the same vein, Ignatius did not ask, “What more can I do for Christ?” but rather poses this question in the Spiritual Exercises: “What ought I to do for Christ?” It was never a question of working harder but of choosing the one option that will serve God’s greater glory and then having the courage to let the other good options go—for which reason discernment and indifference were so central to Ignatius’ spirituality.

Finally, Jesuits and friends might reconsider a quotation attributed to Pedro Arrupe, S.J., but which in fact was written by Joseph Whelan, S.J., an American Jesuit who died in 1994:

Nothing is more practical than finding God, than falling in love in a quite absolute, final way. What you are in love with, what seizes your imagination, will affect everything. It will decide what will get you out of bed in the morning, what you do with your evenings, how you spend your weekends, what you read, whom you know, what breaks your heart, and what amazes you with joy and gratitude. Fall in love, stay in love, and it will decide everything.

Beautiful prose, to be sure, but if one takes it literally, I doubt that Ignatius would have endorsed it. He knew from experience, as perhaps most of us do, that falling in love—whether with God or with anyone else—does not make decisions clearer. It usually makes them more difficult. True Ignatian discernment presupposes that one already loves God and therefore desires to identify the course of action that will serve his greater glory. Even after Ignatius had attained heroic sanctity, he wrestled for months, and with many tears, over various discernments that he had to make.

St. Ignatius knew from experience that falling in love—whether with God or with anyone else—does not make decisions clearer.

In November 2016, a Jesuit wrote me to confess that he “may have had a hand” in perpetuating the Arrupe misquote. He found it attributed to Father Arrupe in a vocations calendar for women religious and then posted it on the website of the university where he was working. Years later, he noticed that it was posted on numerous other websites as well. By then, he had doubts about its authenticity, and so he contacted these websites, asking for their source. He discovered, much to his wonder, that all of them could be traced to his original post.

One can blame the prevalence of misquotes on an internet culture of clickbait and cut-and-paste, but I see no evidence that they were any rarer in the past. The more interesting question is whether people will continue to cut-and-paste them if they have someone else’s name at the end of them. Soon we will see whether Mick Jagger spoke the truth—and yes, he really did say this—that it’s the singer, not the song. 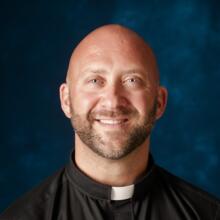 Barton T. Geger, S.J., is the editor of Studies in the Spirituality of Jesuits.

Thanks Father Geger for your article on "misquotes." As a Secular Franciscan professed 38 years, I'm disappointed that St. Francis of Assisi did not say, "Lord, make me an instrument of your peace." Instead, the prayer is that of an anonymous French person. "You shall know the truth and the truth shall set you free," Scripture says. I do feel freed in knowing the truth, but as said, disappointed. I've probably attributed erroneously quotes of saints and others over the years, in conversation and in writing. Your corrected Ignatian misquotes are all good to know. May I call you an historical unsmudger?

Jesus: I have come to set the earth on fire... Lk12,49. Natural for Jesuits to attempt the same.

Father Geger, Mick Jagger may well have used the expression you mention, but was he the first? In 1953, when he would have been about 9 1/2 years old, Audrey Erskine Lindop published a book titled The Singer Not the Song.