Rejecting the death penalty advances the culture of life 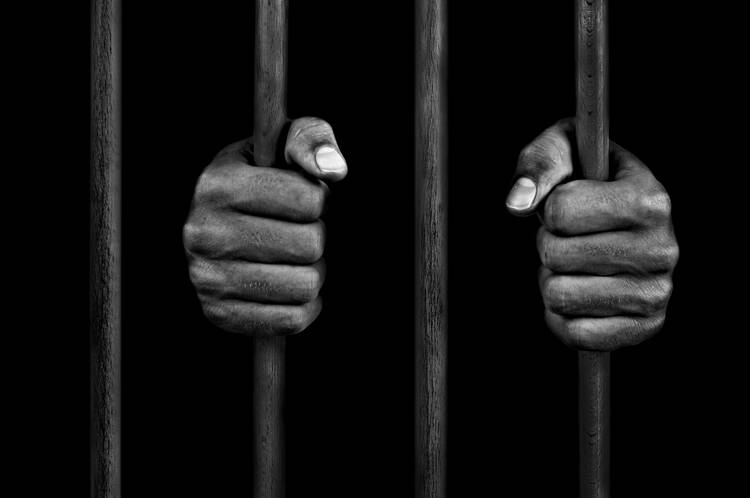 Is the right to life unconditional in all circumstances, or can it be forfeited by criminal behavior or advancing age? Proponents of a South Dakota law banning all abortion except to save a mother’s life forcefully argued that the right to life is universal and God-given. The statute they supported did not refer to degrees or gradations of the right to life, nor did it rest on an individual’s quality of life, age or moral worth. Although voters in last November’s election rejected this particular bill, pro-life advocates vowed to take up the issue again in the next legislative session, which began on Jan. 9. State lawmakers will also need to clarify the state death penalty statute, following the governor’s decision to grant a temporary reprieve of the execution of a convicted murderer. The governor discovered that the lethal injection readied for the execution did not conform to state law. Members of both houses announced their intention to fix what is now known as “the cocktail problem,” so that the death penalty can be carried out.

Without question the moral weight of these two issues differs greatly, since abortion is a crime that involves the taking of innocent human life without any regard for due process. Yet, the convergence of these debates on abortion and the death penalty provides us with an opportunity to reflect more deeply on the claim that the right to life is universal and God-given. I believe the assertion that every human life has an inherent and inalienable value will only be strengthened if we apply this principle to the morality of defending both convicted criminals and the lives of the unborn. The death penalty confronts us with a penetrating moral question: Can even the monstrous crimes of those who are condemned to death and are truly guilty of such crimes erase their sacred dignity as human beings and their intrinsic right to life?

Can society determine that the failings of human beings supersede their intrinsic claim to life?

The impulse to answer this question in the affirmative lies deep in the human heart. It springs from compassion for the victims of the most barbarous crimes in society and a desire to restore the order of justice that has been so viciously violated. At a profound human level, we tend to believe that by executing a murderer, we are somehow helping rebalance the scales of justice.

Can Justice Ever Be Restored?

The real tragedy of criminal murders, however, is that there is no way to rebalance the scales of justice, no way to bring life back to those who have been murdered or to restore them to their grieving families. When the state imposes the death penalty, it proclaims that taking one human life counterbalances the taking of another life. This assumption is profoundly mistaken. If there is any lesson we need to learn in this perilous age, it is that taking a human life in the name of retribution does not breed justice or bring closure, but only continues the cycle of violence and hatred. Nothing can restore a human life.

We are left confronting the unavoidable moral question posed by capital punishment: Is the right to life conditional, or is it unconditional? Can men and women forfeit their right to life by their behavior, or is that right irrevocably given by God? Can society determine that the failings of human beings supersede their intrinsic claim to life?

The answer to such questions is inescapable, and it has consequences for all issues related to human dignity, including the execution of convicted criminals. In an age when secure prisons and a viable justice system can virtually guarantee that those who have committed the most grievous acts against their fellow citizens will not pose a continuing danger to society, the state that chooses to perform executions has concluded that the right to life is conditional after all.

Can Life Be Judged Less Sacred?

Such a state, even if it does not intend to do so, inevitably weakens the ability of its citizens to defend the sacredness of human life against all the threats that imperil life in the present day. Erasing the innate value of individual lives because of crimes committed and removing such criminals from the human family is an echo of the violence done to human dignity when pro-choice advocates imply that the life developing in the womb is not “real human” life. Both conclusions assume that the right to life is contingent, rooted not in the free and absolute gift of a sovereign God, but in the discernment of relative worth by society.

When the state imposes the death penalty, it proclaims that taking one human life counterbalances the taking of another life. This assumption is profoundly mistaken.

On the other hand, a state that rejects in principle the execution of even those individuals whose crimes are unspeakable bears powerful witness to the unconditional nature of the right to life. It asserts that every member of the human community shares a dignity that is not cancelled by defects of health or age or moral quality. A state that refuses to use the death penalty advances a culture of life with great power of witness precisely because it protects the lives of those who have been judged least worthy of its vindication.

Threats to the Culture of Life

The state and its leaders have not only a responsibility but also a vested interest in defending the sacredness and value of every human life. Wherever we turn we encounter mounting efforts to treat the lives of men and women as mere means to larger and allegedly more important goals. Global markets are developing for the sale of vital human organs by those driven, in the desperation of poverty, to risk death in order to provide food and shelter for their families. In our own land a dominant cultural ethic asserts that the lives of unborn children have no sanctity when weighed against the wishes and needs of their pregnant mothers and that those in declining health are less worthy of continued care. And in terrorism we see the chilling assertion that it is legitimate to kill innocent men and women to promote politics, power, religion and revenge.

Against such a background, it is critically important for each of us, but especially our elected leaders, to be consistent in defending the inherent and inalienable value of every human life. South Dakotans have a unique opportunity throughout the coming year to witness to our nation and the world that the sacred right to life is universal and God-given. Our assertion that the value of a human life does not depend upon an individual’s quality of life or age or moral worth must apply to both the child in the womb and the criminal on death row. For if we protect the sanctity of life for the least worthy among us, we surely witness to the need to protect the lives of those who are the most innocent and most vulnerable.

The Most Rev. Blase J. Cupich is Bishop of Rapid City, S.D.

Show Comments (
2
)
Comments are automatically closed two weeks after an article's initial publication. See our comments policy for more.
15 years 11 months ago
There is no way either Bishop Blase J. Cupich of Rapid City, S.D., or America could have anticipated the confluence of his unambiguous defense of all life (“How Unconditional Is the Right to Life?” 1/29) and the New York federal jury’s imposition of the death penalty on Ronell Wilson. Perhaps it was the work of divine providence. Bishop Cupich recognizes that such verdicts spring from compassion for the victims of horrendous crimes, a desire to right the wrong and a desire to bring about closure in those affected by the taking of innocent life.

Closure was certainly on the minds of the victims’ widows, who applauded the verdict and saw in it the hand of God, who somehow orchestrated this horror in answer to their distraught prayers. Gone from their tortured memory is the age-old reminder that God, who hates the sin, still loves the sinner and wishes for each person, even the apparently remorseless ones, salvation.

Bishop Cupich draws from a deeper wisdom when he writes that “taking a human life in the name of retribution does not breed justice or bring closure, but only continues the cycle of violence and hatred.”

15 years 11 months ago
As someone who has prayed and counseled before abortion clinics and who regularly visits prisoners on death row in Tennessee while advocating for the abolition of capital punishment, I was most inspired by Bishop Blase J. Cupich’s article (1/29). The consistent ethic of life/seamless garment teaching promoted by Bishop Cupich is one of the best-kept secrets of our Catholic Church, something that could very well launch a movement to unite our country politically around the theme of nonviolence and the sacredness of life across the board. Let’s get the message out there!