In 2016, a year not wanting for discouraging news, the larger headlines called attention away from a development that sophisticated spectators had every reason to find worrisome. Each year, the Intelligence Unit (E.I.U.) of The Economist publishes a Democracy Index, ranking every nation according to the level of political freedom enjoyed by its citizens, from Norway, Iceland and Sweden at the top down to North Korea in dead last. Last year, for the first time in the index’s history, the United States dropped out of the highest category, that of “full democracy,” and fell to the level of “flawed democracy.” The nation where modern democracy was born no longer stands alongside the completely free nations of the world and now keeps company with countries like Italy, Botswana and Singapore.

The Fate of the Westby Bill Emmott

While the E.I.U. was quick to point out that Donald J. Trump was not responsible for the United States’ fall in the rankings, it noted that the 45th president has benefited from the attitudes that caused the country’s demotion. The E.I.U. cited, in particular, a loss of confidence in its governing institutions. To many of us, it does indeed appear that the United States no longer believes in its own capacity to lead the world toward greater freedom.

The time is therefore apt for the work of Bill Emmott, an English journalist and consultant who, perhaps not so coincidentally, edited The Economist from 1993 to 2006. In The Fate of the West, Mr. Emmott, like many informed commentators, levels harsh criticism at the current U.S. president. His dissatisfactions merit particular interest, however, because they are not founded on the usual points of left-of-center outrage. Rather, The Fate of the West illustrates why the president’s worldview should be equally odious to the classical free-market conservative.

Mr. Emmott is a liberal in the 19th-century, John Stuart Mill sense of the word. The “West” that he describes is a synecdoche for Millian principles: free speech, free markets, equal political rights and only such government intervention as will tend to preserve those conditions. Social critics on the left—the late Tony Judt springs to mind—have commonly blamed American social ills from mass incarceration to the incidence of mental illness on the country’s widening income inequality. Mr. Emmott, by contrast, is not principally troubled by economic disparity in itself; economic inequality worries him mostly insofar as it gives the wealthy an unequal voice in political affairs, leading to policies that solidify class distinctions and hamper social mobility.

Though these positions might seem to identify him with liberals, at the same time Mr. Emmott regards Margaret Thatcher, hardly a left-wing hero, as one of the finest women who ever breathed.

Thus, Mr. Emmott sides with the left when he decries the conditions that have brought us megabanks, the Supreme Court’s decision in the Citizens United case and concentrations of market power that depress competition. He complains that Wall Street “has captured the regulatory system” and has used its political power to shift the costs of its risky behavior onto taxpayers. He also views Mr. Trump’s advocacy of trade barriers and hostility to immigrants as puerile and self-defeating. Though these positions might seem to identify him with liberals, at the same time Mr. Emmott regards Margaret Thatcher, hardly a left-wing hero, as one of the finest women who ever breathed. Mr. Emmott also denounces widespread government licensing in the professions, a position recalling Milton Friedman more than Bernie Sanders. Mr. Emmott emphatically does not want to scrap the capitalist machine. Rather, he wants to check its political influence and otherwise give it a good oiling.

Like the magazine he formerly edited, Mr. Emmott greatly prizes trust: trust between allies, between trading partners and between citizens. Sweden has flourished and Italy has floundered, he argues, because those who populate the former trust each other and their government to do the right thing, whereas in Italy the presumption of corrupt self-interest runs poisonously deep. Mr. Emmott points out that the ideas that have given the West its prosperity—justice, openness, the rule of law—are ones that benefit and protect one’s fellows instead of harming them. It is a point that Mr. Trump’s hypercompetitive approach to global relations tragically fails or refuses to grasp.

Mr. Emmott emphatically does not want to scrap the capitalist machine. Rather, he wants to check its political influence and otherwise give it a good oiling.

One of Mr. Emmott’s more striking ideas is his recognition that in a healthy society, equality must be promoted not only among races and genders but also between young and old. He perceives, correctly, that the vast majority of American social spending (Social Security, Medicare and so on) acts to subsidize older citizens at the expense of the younger—and this at a time when Western populations are steadily aging. He warns persuasively that only those countries that raise their minimum ages for retirement and eligibility for public pensions will escape being suffocated by mounting public debt.

Mr. Emmott has written a generally wise and reflective book. Yet, though strange to say about an editor, he has a hard time saying it clearly. Too often, the message bogs down in prolix, passive sentences. Arguments that should strike like lightning instead limp and lurch across the page. Sadly, Mr. Emmott also virtually ignores the urgent issue of climate change—a problem that neither democratic assemblies nor profit-maximizing firms, perpetually geared toward the next election or quarterly report, are well suited to address. In his application of 19th-century ideas to 21st-century problems, Mr. Emmott is more logically persuasive than some might anticipate. But as the planet warms, enthusiasm for ideas that gained their greatest currency amid the Industrial Revolution that set that very warming in motion seem likely to cool.

This article also appeared in print, under the headline “Fixing the capitalist system,” in the August 7, 2017, issue. 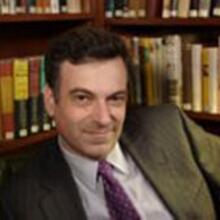 John Matteson is an English professor at John Jay College of Criminal Justice and a winner of the Pulitzer Prize.