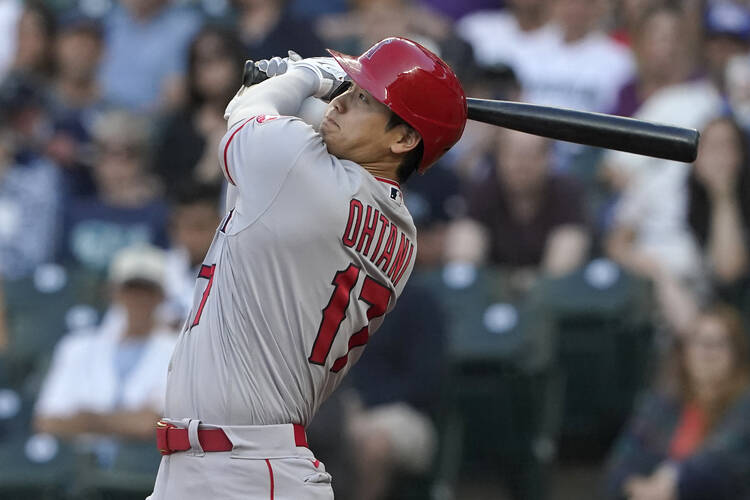 Shohei Ohtani is having a historic year. He is leading Major League Baseball with 33 home runs. But he’s also a starting pitcher with a 100-mile-per-hour fastball and has struck out 87 batters so far. Baseball commentators often compare Ohtani to Babe Ruth. This kind of combination of hitting and pitching prowess just doesn’t happen very often.

Ohtani will join the best players in baseball at Coors Field in Denver on July 13 for the All-Star Game. All 30 teams will be represented by at least one player. While most of the players are from the United States, a number come from overseas.

Ohtani, for example, is from Japan. Other players hail from Australia, Cuba, Canada, Puerto Rico, Venezuela, Curaçao and the Dominican Republic. That’s where I was born. One summer when I was a kid, I learned that nearly the entire country had become fans of the Toronto Blue Jays. In the late 1980s, Dominicans en masse took pride in the on-field exploits of George Bell and the late Tony Fernández.

For decades now, Major League Baseball has welcomed players from all over the world. And the annual All-Star Game, back after a one-year pandemic hiatus, is the epitome of the game’s international appeal. Both teams, the American League and the National League, have players from across the globe on their rosters.

It is just a game, after all. But intense competition can sometimes feel like clan warfare. It’s all set aside in this celebration of baseball. The Catholic Church can learn from this game.

Xander Bogaerts, the starting shortstop for the American League and a native of Aruba, speaks four languages: Dutch, English, Spanish and Papiamento. Vladimir Guerrero Jr., whose Dominican-born father is in baseball’s Hall of Fame, was actually born in Montreal, Canada.

At the All-Star game, players set aside bitter, decades-long feuds—at least for the day. Those rivalries include the Red Sox and the Yankees, the Cardinals and the Cubs, the Dodgers and the Giants, everyone vs. the Astros. During the regular season, there is no love lost between these division foes. But during the All-Star Game, they fight for the same cause. (The difference was more pronounced before the free-agent era, which has reduced the frequency with which players stay with the same team their entire careers, but it is still there.)

It’s all set aside in this celebration of baseball.

The Catholic Church can learn from this game.

The church, of course, preceded baseball. And for centuries, Catholics from every country on God’s green earth have come together to celebrate Mass.

Since the inception of the church, according to the Second Vatican Council’s “Ad Gentes,” there has been a “union of all peoples in the catholicity of the faith by means of the Church of the New Covenant, a Church which speaks all tongues, understands and accepts all tongues in her love, and so supersedes the divisiveness of Babel.”

The Eucharist was central to the life of early Christians. Despite coming from different social classes and many countries, the church found unity in these first communities. Unity itself was a central dimension of the faith. It was grounded in the spiritual communion of the sacraments and the Trinity. The presence of Christ brought these communities together.

Where the Eucharist had been an instrument of communion, for some it now represents division. The recent debate among the U.S. Conference of Catholic Bishops about eucharistic coherence is an example. For their part, the bishops said they hoped to bring about more unity through this debate.

“The Eucharist is the heart of the Church and the heart of our lives as Catholics,” Archbishop José H. Gomez, the president of the conference, said in a June 21 statement. “In the Holy Eucharist, Jesus Christ himself draws near to each one of us personally and gathers us together as one family of God and one Body of Christ.”

Archbishop Gomez said the bishops wanted to “deepen our people’s awareness of this great mystery of faith, and to awaken their amazement at this divine gift, in which we have communion with the living God.”

As yet, the debate about eucharistic coherence has not seemed to bring about that unity. Perhaps it is because we, as a Catholic community, fail to recognize the presence of Christ in the same way as the early Christians did, seeing Christ in the community itself.

If these players from all over the world can peacefully play together once a year with a simple game in common, maybe we can find that unity we seek through our common faith.

Over the years in this country, we have divided church communities by language and country of origin. At some parishes in the United States, members of the same church will never meet each other because they speak a different language. Some Catholics gravitate to parishes with pastors who more closely reflect their own partisan beliefs. How will such self-segregation lead us to unity?

Maybe this year, the All-Star Game will remind us Catholics of our origins. If these players from all over the world can peacefully play together once a year with a simple game in common, maybe we can find that unity we seek through our common faith. The unity of the church has never been one of uniformity. But that unity does depend on our recognizing the true presence of Christ among us. May we strive to recognize Christ not only in the bread and wine but also in our brothers and sisters.