What does Psalm 137 have to do with the World Series? Everything. 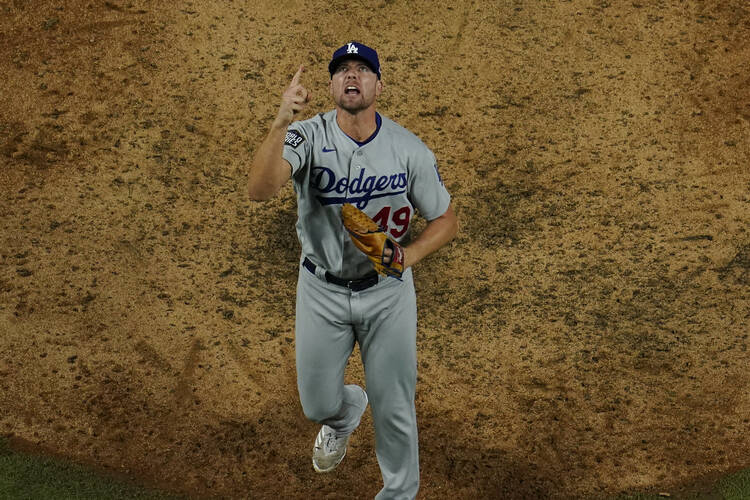 After 32 long years and six straight postseason collapses, the Los Angeles Dodgers are finally on the brink of winning the World Series. It has been a year most improbable, from the long-delayed and shortened season due to Covid-19 to the ballparks bereft of fans to a Fall Classic played at a neutral site to a stunning loss in the bottom of the ninth inning in Game 4 of the series.

But the Boys in Blue got off to a fast start over the summer in the brief regular season and have not let up. Buoyed by the arrival of outfielder Mookie Betts, who batted atop a menacing lineup and also wowed the crowds (O.K., the television audiences) with his defensive wizardry, the Dodgers need but one more win tonight, their 15th of the postseason (yes, the playoffs were one-fourth the length of the regular season), to take the crown.

The season also saw resurgences by former National League most valuable players Clayton Kershaw, a sure first-ballot Hall-of-Famer when his storied career is done, and Cody Bellinger, whose laid-back demeanor (I’ll have what he’s having) belies a ferocious competitive spirit.

And perhaps the sweetest plum of all? The contemptible San Francisco Giants were eliminated from playoff contention in the final game of the season. 💃 💃 💃

A regrettable moment of schadenfreude on the part of Dodger fans? Perhaps, but even the Bible allows for the occasional cry to the heavens for vengeance and the just return of things to their natural order. Let us not forget that Psalm 137, a lament for the sufferings of the Israelites in the Babylonian captivity, includes the following line: “Happy shall he be, that taketh and dasheth thy little ones against the stones.” How do I get a gritted-teeth emoji in here? Ah, there it is: 😬.

They that bested us required of us mirth, saying, “Keep quoting Vin Scully and referencing 1988. Do you even lift, bro?”

Even that brutal line has its defenders, however: A Scripture scholar once told a friend of mine who was troubled by the image, “Well, the Israelites had a sneaking suspicion those little Babylonians would one day grow up to be big Babylonians.”

In any case, there are as many translations of the Psalms as there are days under the sun, and so it should perhaps come as no surprise that scholars recently discovered a heretofore unknown version of Psalm 137. We reproduce it here:

2  We munched glumly upon our Dodger Dogs in the midst thereof.

3  For there, years of postseason failure required of us a song; and they that bested us required of us mirth, saying, “Keep quoting Vin Scully and referencing 1988. Do you even lift, bro?”

4  How shall we sing the Lord’s song when José Altuve and Alex Bregman have not been banned from baseball for life?

6  If I do not remember the cheating Boston Red Sox of 2018, let Mookie Betts’s glove cleave to every ball hit to him in right field!

7  Remember, O Lord, our reward against the Washington Nationals of 2019 in the day of Cody Bellinger; they who said of him, “Strike him out, strike him out, raze Dodger Stadium even to its very foundation thereof!”

8  O (Devil!) Rays of Tampa Bay, whom the Lord deemed apt to be destroyed in the World Series; happy shall the Dodger lineup be that punisheth thee for the abomination of desolation that occurred in the ninth inning of Game 4.

9  Blessed is the Dodger hitter, indeed, that taketh and dasheth thy fastballs into the upper deck.