Beyond ‘The Exorcist,’ Max von Sydow embodied the complexities of faith 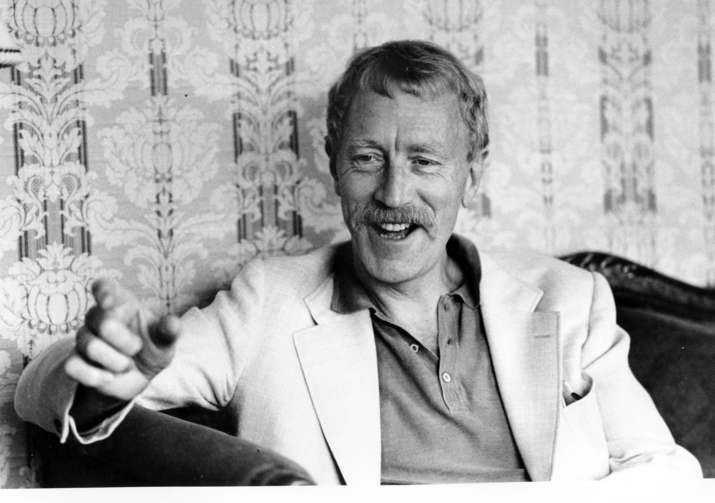 Max von Sydow seen in Los Angeles in 1982. Throughout his seven-decade career, he received two Academy Award nominations: one in 1988 for "Pelle the Conqueror" and another in 2012 for "Extremely Loud & Incredibly Close." (AP file photo)

In his December 1973 review of the box-office phenomenon “The Exorcist,” film critic Roger Ebert found the casting of Max von Sydow, who played the aged Jesuit Father Lankester Merrin, to be an inevitable choice. “[Mr. von Sydow] almost seems to belong on a theological battlefield the way John Wayne belonged on a horse,” wrote Ebert.

Born in Sweden, Mr. von Sydow, who died this year on March 8, made a storied career portraying various characters of faith. He was Christ in the George Stevens-directed biblical epic “The Greatest Story Ever Told,” a 19th-century Calvinist missionary married to Julie Andrews in “Hawaii,” Cardinal Otto Truchsess von Waldburg in the Showtime series “The Tudors” and the voice of the Devil in “The Soldier’s Tale.”

But it was his 11-film collaboration with director Ingmar Bergman, whose decades-long cinematic interrogation of the divine and stark depiction of faith earned him worldwide acclaim, that established Mr. von Sydow as the embodiment of the Christian struggle and a conduit for Bergman’s restless inquiring. It is not surprising that a teenaged von Sydow, attracted to acting after viewing a performance of Shakespeare’s “A Midsummer Night’s Dream” in the Swedish city of Malmö, would later enjoy a successful artistic partnership with Bergman, who Time Magazine once called “the Shakespeare of the cinema.”

Three films Mr. von Sydow made with Bergman—“The Seventh Seal,” “The Virgin Spring” and “Winter Light”—find him wrestling with God and swinging like a pendulum between doubt and belief, between hope and despair.

An art-house classic and career-defining film for Bergman, “The Seventh Seal” introduces us to Antonius Block, a 14th-century knight who plays chess with Death (Bengt Ekerot) in the midst of the bubonic plague. Flagellants, convinced the plague is punishment from God for their sins, whip themselves in public parades while chanting “Dies Irae.” Trailed by death and tormented by doubts regarding God’s existence, Block searches for answers while simultaneously rejecting God. “Why does He remain a mocking reality that I cannot shake off?” asks Block, unwittingly confessing to death personified.

A scene such as this is not unusual for Bergman, pushing the limits of cinema into the realm of theology. In “Winter Light,” Bergman depicts an isolated pastor (Gunnar Björnstrand) in the throes of a crisis of faith. The pastor’s attempt to counsel Jonas (von Sydow), a depressed parishioner obsessed with the threat of nuclear annihilation, completely fails as the pastor airs his own doubts about God and Jonas later commits suicide. (Paul Schrader’s “First Reformed” follows a similar plot).

In one of his greatest performances, Mr. von Sydow is the masculine, commanding Töre in “The Virgin Spring,” which stirred controversy upon its release and won the Oscar for Best Foreign Language Film in 1961. After Töre sends his young daughter Karin to bring candles to a local church for the Virgin Mary, she is raped and murdered in the forest.

When he hears of his daughter’s death, Töre wrestles a birch tree to the ground, flagellates himself with its branches and prepares to exact violent revenge on his daughter’s murderers. In a bloodthirsty haze, he stabs one murderer with a butcher knife, hurls a young boy against a wall and wrestles a third accomplice to the ground near the fire pit, as if the two men are consumed by the flames of Hell.

Having killed three people, Töre stares at his hands and wracked with guilt, begins to weep. (We might expect him to yell “Out, damned spot!” like Lady Macbeth.) After nearly two minutes of intense, pained silence, he says: “God forgive me for what I’ve done.” He resolves to build a church in the forest as a penitential act.

It certainly appears that Mr. von Sydow sought out challenging roles, or at least accepted such discomfort as part and parcel of working with Bergman. Brooding, interior and utterly focused, Mr. von Sydow is a stirring presence on screen, with a weathered face apt to illustrate inner spiritual turmoil. But despite playing numerous men of God (or perhaps men haunted by God), Mr. von Sydow himself was not particularly religious. Raised Lutheran, he considered himself agnostic by the 1970s.

Still, Mr. von Sydow did not rule out the possibility of life after death. In a 2012 interview, he stated that Bergman, who died in 2007, promised to visit him after his death to prove the reality of an afterlife. “Well, I’ve heard from Bergman many times,” he said.