‘I Am Patrick’ Review: The muscular faith of Ireland’s patron saint 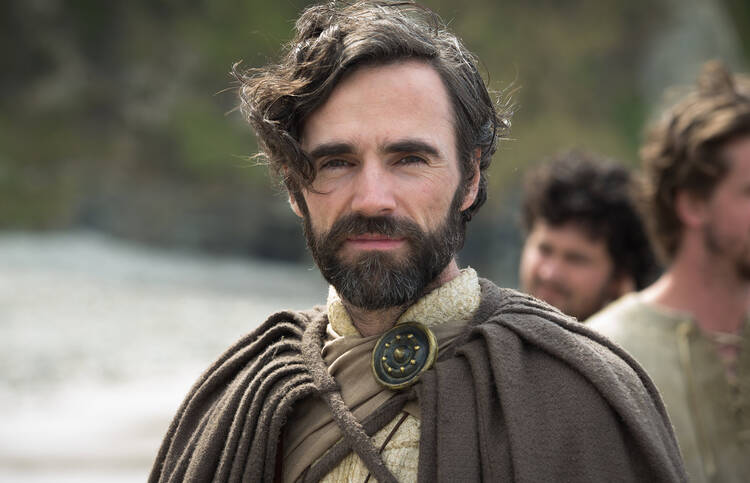 Given how coronavirus is wreaking havoc on St. Patrick’s Day celebrations, it might be a good time to sit back in a theater (if one is open) with a bottle of Purell (if you can find one) and reflect on the true inspiration for the holiday—which is not, despite considerable public opinion, shamrocks, parades and public intoxication. Rather, it’s the patron saint of Ireland, who might not have chased out the snakes, but led a life of Christian humility, muscular faith and often breathtaking courage. He deserves better than green beer and leprechauns.

He gets it in “I Am Patrick: The Patron Saint of Ireland,” a production of CBN Films (a division of Christian Broadcasting Network) and a docudrama that hews closely to what has become an established format: dramatizations, expert witnesses, narration and evocative music. In this case, though, everything rises above formula, even the soundtrack full of pennywhistles, which oftentimes do provide more of a distraction that a lilt. (The film is being shown in select theaters on March 17 and 18 by Fathom Events.)

The story of Patrick is deserving of an action-thriller. A citizen of a late-fifth-century Britain that was part of a teetering Roman Empire, Patrick was a member of a family that belonged to the church mainly for purposes of paying lower taxes—which they also collected. Religion was an afterthought; they also owned slaves. Patrick learned Latin. He played craps; like his near-contemporary, St. Augustine, he was what one might call a dissolute youth. Then, in the defining episode of his very young life, he was taken captive by Irish raiders, spirited away to what then constituted the ends of the earth—Ireland—and made a slave himself. He then had a reckoning with God that would influence and direct the rest of his days.

Unlike a lot of historical drama, “I Am Patrick” eschews romanticization and gives one a real sense of how brutal life must have been in the early 400s A.D.— civilization existed in small, concentrated outposts surrounded by a great beyond, a tribal, mostly pagan empire falling apart. It was through this that Patrick had to navigate once he heard God’s voice telling him to flee back to England, where he was enslaved again. Fasting, which he would do all his life, wasn’t much of an option for Patrick during his flights—the historian Thomas O’Loughlin describes him as “living on his wits” and as something akin to a P.O.W. Likewise, when he returned in 432 A.D. to Ireland, Patrick “was still technically a fugitive” as a runaway slave.

“I Am Patrick” gives one a real sense of how brutal life must have been in the early 400s A.D.

Much of “I Am Patrick” is based on the saint’s “Confessio,” in which he argues himself the “least among all the Christians” and provides all of the very meager biographical information we have on him. This is fleshed out by the academics and historians, who speculate— knowledgeably—about what likely happened and why. Elva Johnston of University College, Dublin, for instance, makes the very intriguing conclusion that Patrick’s success in baptizing the pagan Irish to whom he preached came out of the role of water in Irish myth—that there was a pre-existing spiritual sentiment that the sacrament tapped into, no pun intended. One thinks of the way Catholicism succeeded in countries that practiced santeria, with the saints being incorporated into an existing belief system.

What no expert can answer, however, is the question of Patrick’s “unpardonable sin” mentioned in the Confessio. Certainly committed in his youth, it was bad enough that he thought it would deprive him of the priesthood. When it was revealed to the church elders in Britain—by the one person in whom Patrick had confided—it was used as a means of ending a mission with which they disagreed, and to take the saint out of Ireland. As we see every March 17, they didn’t succeed.