Review: ‘Dickinson’ struggles to transform a poet into feminist warrior 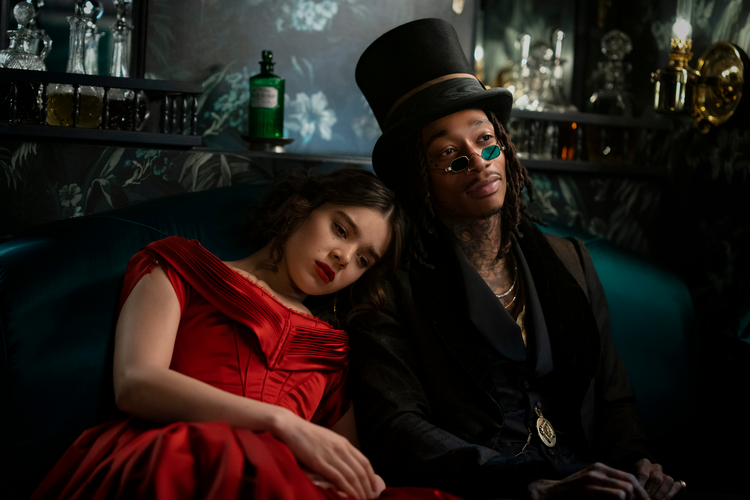 To tell the truth, slant or otherwise: “Dickinson” is a shambles. I mean that in the most loving, affectionate—yet simultaneously frustrated and exhausted—way possible. The show, like its titular Emily (Hailee Steinfeld), is fun until it’s not fun anymore, which usually occurs after about 15 minutes. “Dickinson” is like that cool friend from college that still likes to stay out all night, which you’re totally on board with until 10 p.m., whereupon you remember you hate techno and you haven’t a clue what MDMA is, and you just want to go home and watch reruns of “Law and Order” because Jerry Orbach makes you feel safe.

In slashing its blade across the image of a literary icon and turning her into a rebellious feminist warrior, the show succeeds in part; yet in the midst of subverting the traditional Dickinson iconography, it also takes away the best part of her. For while the creaky portraiture of a reclusive spinster icon is wonderfully and necessarily profaned, what gets lost in the chaos is the woman who wrote some of the most beautiful, enigmatic poetry of her or any other time.

The portrait of a reclusive spinster is wonderfully profaned, but lost is the writer of beautiful, enigmatic poetry

“Dickinson” is part of a collection of the first-generation of web series dropped on Nov. 1 by the newly launched web television service, Apple TV+. Apple, with its seemingly infinite resources (the #Me-Too-inspired series “The Morning Show” starring Jennifer Aniston and Steve Carrell is their headliner), is obviously looking to distinguish itself in an already oversaturated television landscape, and so have put forth a diverse and innovative collection of new series. And if “Dickinson” is nothing else, it is innovative.

“Dickinson” was created by Alena Smith, whose previous writing credits include “The Affair” and “The Newsroom,” neither of which will, in any way, prepare the viewer for her first turn as a creator and showrunner. Her new show is a period costume piece, following the ups and downs of 20-something Emily’s life in 19th-century Amherst. The show focuses on her complex relationship with her parents: father, Edward (Toby Huss), who both supports and inhibits his daughters’ intellectual and literary gifts, and her antagonistic relationship with her mother Emily (Jane Krakowski), whose primary raison d’etre seems to be to have her eldest daughter follow in her hyper-domestic footsteps.

But the show’s most poignant narrative thread is Emily’s secret love affair with her best friend, Sue Gilbert (Ella Hunt), who is also her brother Austin’s (Adrian Enscoe) fiancée. The romantic liaison between the real-life Dickinson and Gilbert has been supported by recent scholarship and provides one of the few instances of historical verisimilitude in the series, as well as a steadying influence on an otherwise haphazard narrative.

That haphazardness is due in large part to the fact that the sensibilities of many of the characters (our heroine in particular) are very much from the present-day. So in a nutshell, the universe of “Dickinson” is located somewhere within the intersection of period costume piece and teen sitcom—indeed, one episode uses the familiar sitcom trope of the parents (in this case Ma and Pa Dickinson) going out of town, wherein the kids throw a blow-out party, complete with opium taking, hallucinations of gigantic talking bees and standard teen hygiene issues.

“Dickinson” is located somewhere within the intersection of period costume piece and teen sitcom.

“Dickinson” raises the most eyebrows and the most questions in its absurd and uneven genre-crossing, specifically as they relate to the sacred and the profane. Sacred is that which is “set apart” or “special” and the profane is that which “pollutes” the sacred. In looking at a cultural image as concretized and, in a way, “sacred” as that of Emily Dickinson, what is one to make of the Belle of Amherst taking a carriage ride with Death as played by rapper Wiz Khalifa?

The show has received mostly positive reviews thus far, but there have been some notable exceptions. For those critics, the primary target seems to come in this profaning of the image of Emily Dickinson, be that as manifested through her body of work or in historical representations of her in books, stage and television (most recently seen in Cynthia Nixon’s decidedly more orthodox turn in 2016 in “A Quiet Passion”). We like our icons to stay in their own lane, as it were. We like Abraham Lincoln as portrayed by Henry Fonda or Daniel Day-Lewis to be noble, quiet and taciturn. We have issues when our icons go beyond their typical portrayals and reveal a more complex humanity—especially when that humanity manifests in taking opium and having sex with their brother’s fiancée.

We like our icons to stay in their own lane, as it were.

There is an obvious dissonance between the traditional Dickinson iconography of the staid, spinster recluse and Steinfeld’s boisterous, sensuous and transgressive portrayal. In its best moments, Steinfeld gives us the performed fulfillment of what we know to be the robust, lustful and provocative interior life of the historical poet. But when it goes wrong, the problem of cavalierly intersecting genres comes to the fore: In this instance, one of the most significant figures in literary history is reduced to a vacuous, eye-rolling millennial who stomps her foot and demands her parents get a maid so she won’t have to do chores.

The way this Emily is “profaned” makes us doubt her capacity to create what we know to be Dickinson’s astonishing body of work. If we no longer believe that this character is capable of being the Emily Dickinson, then she becomes just another character in another teen sitcom, albeit one with a gimmickier milieu than usual.

Steinfeld gives us the performed fulfillment of what we know to be the provocative interior life of the historical poet.

Profaning the sacred shouldn’t just be done for the sake of profaning the sacred. Far too often, that is what it feels like Smith and co. are doing with Dickinson, character and show, respectively. The intersecting of genres in some sense allows for a narrative cheat, so to speak, as Emily is the only character on the show completely tethered to modern mores—which specifically manifest in her embodying contemporary feminist ideology. And so it winds up being that her “specialness,” her “set-apartness,” i.e., that which defines her “genius” (according to the show), is a product of the show’s contrivance and not from any notable literary or imaginative gift, which the real Dickinson clearly possessed.

What I am trying to say is that this Emily’s “genius” in “Dickinson” is entirely rooted in the fact that she is the only character in a show about mid-18th-century America who is operating entirely from a 21st-century mindset. She is brilliant and unique solely because she benefits from having a contemporary feminist sensibility.

Emily is the only character in a show about mid-18th-century America who is operating entirely from a 21st-century mindset.

That being said, there is a lot of fun to be had with “Dickinson.” The soundtrack features notable names like Billie Eilish, while comedian John Mulaney guest-stars as Henry David Thoreau, and Zosia Mamet’s turn as Louisa May Alcott includes some choice words about Nathaniel Hawthorne. The question just becomes how long can you stand it? The show is way too much, tries too hard and frequently misses the mark. Nevertheless, like sushi, skiing or writing a novel, it is something everyone should try at least once.