‘Succession’ and why we’re fascinated with horrible men

‘Succession’ and why we’re fascinated with horrible men 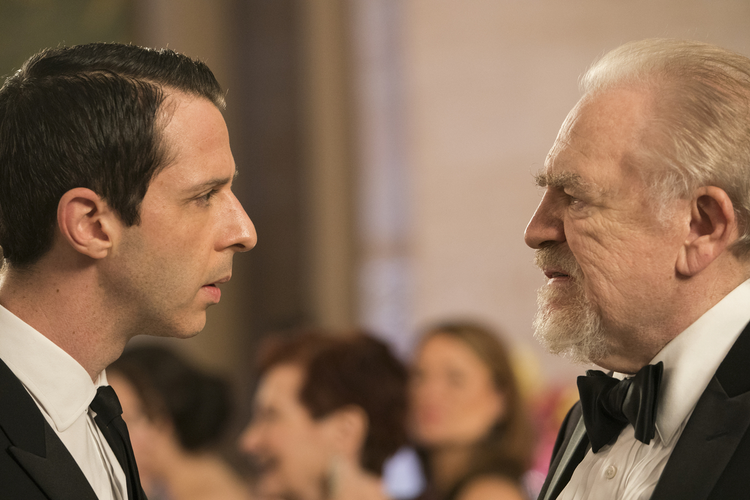 As the second season of HBO’s buzzy “Succession” comes to its conclusion this weekend, I keep coming back to the same question: Why are so many of us (or least so many of us online) so obsessed with this series?

Credit where credit is due. On “Succession,” which follows a messy, Murdoch-esque family, the settings are amazing; the show’s travel budget alone would constitute a great inheritance. Also, the dialogue sparkles—with knife edges and words that can’t be printed in a Catholic magazine, but still. It is like getting to watch Tyrion and Cersei Lannister lacerate each other over and over again for a full hour and in great suits.

You could also argue that much like “Game of Thrones,” “Succession” is really the story of a group of people—in this case the children and colleagues of the aging media tycoon Logan Roy (Brian Cox)—trying to find a way out from under the brutality of the world he has created. Logan is like some demonic version of President Bartlet in “The West Wing”; everyone revolves around him, yet he is the villain who will throw any of them under the bus at any moment without warning.

But unlike “Game of Thrones,” the characters on “Succession” never seem to win any victories and never stop taking the punishment. They might go kicking and swearing occasionally but they will all “boar on the floor”—a sick “game” in which Logan humiliates employees he suspects of betraying him by ordering them to crawl.

Whether the children’s motives are power, future paydays or just a desire for daddy to hug them, that abiding acceptance of their father’s cruelty is interesting, in a Shakespearean tragedy kind of way. Maybe the show is ultimately headed toward a stage filled with bodies and/or prison jumpsuits.

But so far “Succession”is just a story about a horrible patriarch who keeps humiliating his children (and everyone else). And this is why I can’t quite understand our obsession. We’re currently living out that story in our world today, and it is not entertaining.

Occasionally, “Succession” seems to be attempting to humanize or perhaps even valorize Logan. The character is a complete enigma; in two seasons we have yet to get a glimpse of what is going on inside his head. What few hints the show has offered, as in this season’s visit to the Scotland town where Logan grew up, suggest a traumatic childhood and deep loss. It’s the kind of spin every abusive figure tries to offer, as though that justifies their behavior.

Logan’s children are so desperate, it is as though the show wants us to enjoy them being brought low. Logan’s daughter Shiv (Sarah Snook) had been presented as the one truly free of Logan's grip, a strong, independent woman. Then, when he offers her the chance to become his successor this season, she suddenly blunders.

The women on “Succession” are brilliant and they are not allowed to succeed—not just by Logan, but by the writers of the show. The same trajectory that Shiv follows is given to the canny media consultant Rhea (Holly Hunter, channeling a version of her “Broadcast News” character who gave in to William Hurt’s way of thinking), who is manipulated by the Roy children. And Logan’s PBS-like competitor Nan Pierce (Cherry Jones), who, while she manages to extricate herself from his clutches, almost falls for Logan’s sales pitch. It’s a surprise, I know: A show infatuated with a horrible man has a problem respecting strong women.

Logan’s sons Kendall (Jeremy Strong) and Roman (Kieran Culkin) are repeatedly presented as disasters, only to rise to the occasion when needed. Cousin Greg is the funniest and most extreme embodiment of this bumbling fool archetype, but even he shows surprising and occasional glimmers of cunning.

“Succession” isn’t the only series or film of late focused on toxic men like Logan. Last winter’s biopic of Dick Cheney, “Vice,” ended up presenting him mostly as an affable family man whose internal life is once again left an enigma until the very last scene, where he delivers a fiery encomium to the choices he has made that plays far more thrilling than damning. (Adam McKay, who directed “Vice,” is also a producer on “Succession.”)

Showtime also recently aired a seven-part series on Roger Ailes, “The Loudest Voice.” To its credit, the series is upfront from the start about Ailes’s persistent horrifying treatment of women. But in the early episodes he is still mostly presented as a media visionary. It’s as though the creators are saying, “Roger Ailes was a monster, but more than that, he was a genius.” I want to make them sit down and watch “Nanette” on repeat.

Maybe we’re creating and watching these stories because we identify in some way with these men’s victims. We, too, are desperate to find some means of escape from the contexts of abuse and humiliation toxic men have created in our society.

And yet on “Succession,” Logan’s opponents (a.k.a. his family) are so laughably outmatched. Some might dress or talk better than others, but they’re all Cousin Gregs, really, obvious in their desires and absurd, unworthy of our respect, while Logan himself holds our attention.

Perhaps that’s the point, really: We say we are appalled by guys like this, yet on screen as in life, we actually can’t take our eyes off them. Maybe we have more in common with Cousin Greg than we would like to admit.