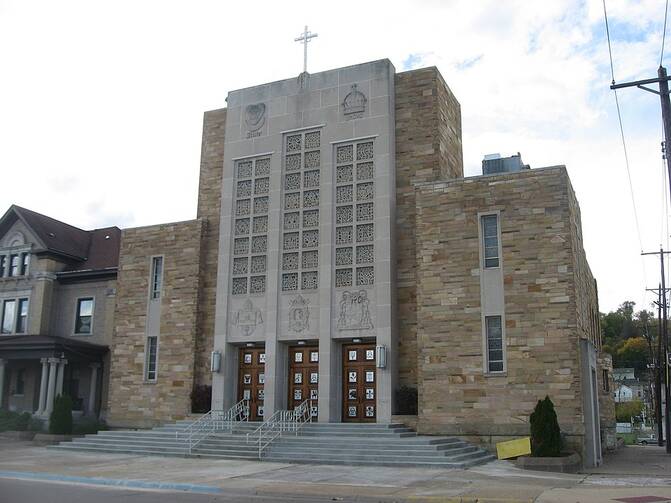 Anyone who has spent time in a Catholic church of any architectural style has probably heard someone complain about that architecture and its inadequacy. In recent years, amid the rise of self-styled traditionalist Catholicism, modernist churches of the mid-20th century have disproportionately been the target of these complaints.

American Catholics and the Church of Tomorrowby Catherine R. Osborne

The deeply modern parish of my youth, St. Ann of Normandy in St. Louis, is coincidentally pictured in Catherine R. Osborne’s American Catholics and the Church of Tomorrow: Building Churches for the Future, 1925-1975, and the range of historical examples on offer means that many readers may find aesthetic debates about their own spiritual homes here as well. In this regard, Osborne’s book accomplishes something notable by illuminating the reader’s own experience through the presentation of her scholarly research.

This study of changing tastes in the construction of American Catholic churches between 1925 and 1975 works between the hyper-specific and the broadly significant by helping readers locate the patterns of thought beneath aesthetic disputes about Catholic places of worship. The book’s earlier chapters focus on the ways in which a rapidly professionalizing and modernist class of architects worked to wrest creative authority away from a hopelessly Tridentine, even medieval-minded clerical establishment. Osborne succinctly and compellingly shares the fruits of her research into many subjects, including architectural modeling and the history of concrete, undeniably important developments that probably do not always register with most readers.

"A rapidly professionalizing and modernist class of architects worked to wrest creative authority away from a hopelessly Tridentine, even medieval-minded clerical establishment."

The second half of the book concerns itself with headier matters, and Osborne offers a window into the book’s major premise when she states that “in the debates over the design and location of liturgical space in the 1960s, the wide-ranging eschatology of Teilhard, Cox, and Vatican II came home,” noting that these deeply theological questions became “the framework within which Catholics debated the minutiae of folding walls, new carpets, portable furniture, and laypeople’s distance from the altar.” Veterans of parish life will be all too familiar with such debates.

Osborne’s examination of how future-oriented Catholics adopted “the biological paradigm,” replacing the idea of a timeless and unchanging church with an evolutionary ideal that prioritized change, growth and adaptation in all things, including architecture, offers a window into the questions that continue to motivate Catholic debate in the 21st century. Readers may feel somewhat disoriented at times, as Osborne draws from a seemingly bottomless archival well. But anyone who stays current with the ongoing Catholic public discourse should find enough recognizable material here to feel for themselves how past futures live on in the present.

This article also appeared in print, under the headline “Tomorrowland,” in the July 22, 2019, issue. 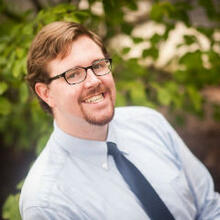 Tim Dulle is a doctoral candidate in theology at Fordham University in New York. His dissertation focuses on Corita Kent and the cultural history of American Catholicism since World War II.