The unfortunate similarities between ‘Russian Doll’ and today’s Catholic Church 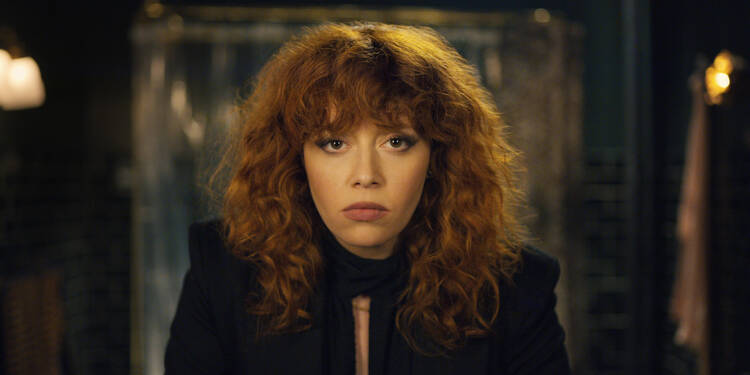 In the fall I found myself in a courtroom far from home, watching evidence being presented in the case of a Catholic prelate accused of abuse. I was not there reporting a story. I was actually supposed to be on vacation. But I heard about the trial, and for some reason, I went every day.

There was a strange sameness to each day’s proceedings. The prosecution and defense asked the same basic questions to each witness and seemed to get the same series of answers. I even had to keep wearing the same set of clothes; they were the only ones I had packed that were suitable for a courtroom. Each night I would walk home with the same uncomfortable question: What kind of a person sits in that room, listens to those stories, casting looks at the bowed figure of the accused without a good reason?

Like a new Netflix series, the church today seems caught in an endless loop of accusations and revelations.

The church today seems similarly caught in an endless loop of accusations and revelations, responses and maneuvers. And most of us sit just as witnesses to it all, wondering what we are doing here, how it came to this and whether there is any way out. The pope’s meeting this weekend with the leaders of bishops’ conferences from around the world has the potential to offer something new; but given our history, it is hard to be hopeful. The déjà vu looms too large. We have been here before.

One of the things I love about pop culture is the way it can take the intransigent or confusing realities of our human experience and give us a way through story and character of considering those realities from the outside. And as though custom made for the situation of our church, Netflix launched the new show “Russian Doll” two weeks ago with a familiar conceit: On the night of her 36th birthday, New Yorker Nadia Vulvokov (Natasha Lyonne) gets hit by a cab. But instead of dying she finds herself back at her birthday party, none the worse for the wear. And no matter what she does, the same things keep happening: She makes some error, she dies, she returns to the party.

Of course, film and television love a good recursive loop. Bill Murray repeating the same day over and over in “Groundhog Day.” Guy Pearce having to relearn everything about himself each day in “Memento.” The humans in the afterlife on NBC’s “The Good Place” having their existence together rebooted again and again. It is life understood in the terms of a video game, really: You play, you die, you respawn.

One of the things I love about pop culture is the way it can take the intransigent or confusing realities and give us a way of considering those realities from the outside.

But there is a fairy tale element to most of those stories, as well. Each new day gives Bill Murray new information about himself and others and new skills; his life may be repeating, but it is also moving forward. The situation in NBC’s “The Good Place” is harsher; each reboot of the four dead humans is a hard reset, with no information or wisdom retained. And yet no matter what new twist is thrown at our heroes, friendship and generosity always find a way to bloom from within their (initially selfish) hearts. Truly it is a far more radical hopefulness that “Place” espouses, a hope where there is no obvious hope. But over the course of several seasons, that optimism also has become dogmatic. Yes, there are still resets; but the characters always end up back together, happy.

What makes “Russian Doll” both special and especially relevant is the extent to which Nadia’s time-travel-obstacle-course quest for freedom in the present is married to the much more difficult and realistic pursuit of psychological freedom from her past. It is no coincidence that Nadia keeps returning to her 36th birthday party, as that is the moment she surpassed the age at which her mentally ill mother died. The crucible of her childhood years formed Nadia’s way of thinking about the world, gave her the sense that life is random and meaningless and eventually we will be abandoned by everything, even our pets, and die violently and alone.

‘Russian Doll’ confronts the general impossibility of overcoming the beliefs and coping strategies woven into the fabric of our being.

Where “Groundhog Day” insists Bill Murray needs to just get over himself, “Russian Doll” confronts the general impossibility of overcoming these beliefs and coping strategies woven into the fabric of our being. You cannot simply “change.” Instead, the show suggests, the best you can do is to befriend that scared and angry child still within you, be the gentle, understanding parent that they never had. That act of self-understanding and compassion enables you to look up from yourself and see the world around you as it is, filled with others trapped just like you. The pilot title puts it perfectly: “Nothing in This World is Easy.” And we get through it only by helping each other.

I think I spent a week’s vacation in a courtroom looking for my own way out of the endless nightmare we seem to be trapped in. If I could see this awful reality of our church up close, not just read about it but stare into the eyes of the accused, hear the words of the witnesses for myself, somehow maybe I could be released from the cycle.

It doesn’t make sense, of course. It didn’t work either; the longer I was there, the deeper the fog seemed to roll in.

Still, I wonder if the insights of “Russian Doll” do not apply to our church. Self-preservation and clericalism, our institution’s millennia-old coping mechanisms, seem almost impossible to thwart directly. Many have tried. Perhaps the path to meaningful, lasting conversion is our leaders sitting with the truth of not just their mistakes but the deeper, desperate, human fears that lie beneath and eventually looking up to see in the people of God not subjects, obstacles or scapegoats but friendship and help.