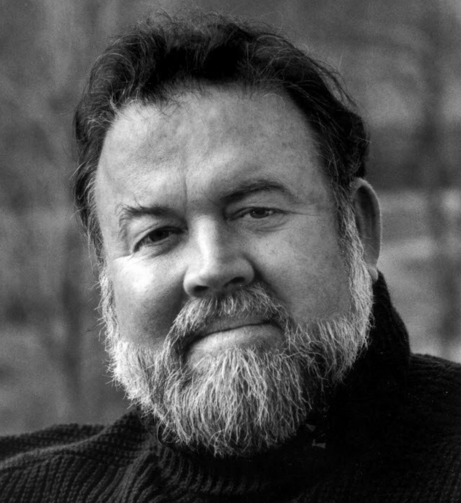 Cain murdered Abel, and blood cried out from the earth; the house fell on Job’s children, and a voice was induced or provoked into speaking from a whirlwind; and Rachel mourned for her children; and King David for Absalom. The force behind the movement of time is a mourning that will not be comforted. That is why the first event is known to have been an expulsion and the last is hoped to be a reconciliation and return.

Marilynne Robinson wrote those words toward the end of her novel, Housekeeping (1980). Biblical though they are, Robinson’s words serve to summarize the themes electrifying the stories in Andre Dubus’s The Winter Father. I kept thinking of Housekeeping in connection with Dubus’s stories because of Robinson’s depiction of loneliness. Here again is Robinson: “Having a sister or a friend is like sitting at night in a lighted house. Those outside can watch you if they want, but you need not see them.... Anyone with one solid human bond is that smug, and it is the smugness as much as the comfort and safety that lonely people covet and admire.”

The energy packed into Dubus’s stories throbs with Old Testament clarity: expulsion, loneliness, the ferocity of parental love, adultery, retribution and sex that is a stay against loneliness. Energy radiates from the sadness of expulsion—typified by the biblical expulsions of Adam, Eve and Cain—and the driving desire to staunch this sadness in “one solid human bond”—that is, one human relationship that can be the source of meaning grounding a human life. Expulsion from a family, from a home, from a marriage spurs sadness, anger, resentment and hate in the heart of the expelled. Loneliness inspires haphazard relationships. And expulsion coupled with the pain of loneliness combusts into violence. The stories of The Winter Father are human stories—filled with ugliness and moments of grace.

The stories of The Winter Father are human stories—filled with ugliness and moments of grace.

In the first story of the collection, “Killings,” the reader meets Matt, an anguished father who has lost an adult son. Dubus writes of this paternal dread: “So he [Matt] and his children had survived their childhood, and he only worried about them when he knew they were driving a long distance, and then he lost Frank in a way no father expected to lose his son, and he felt that all the fears he had borne while they were growing up, and all the grief he had been afraid of, had backed up like a huge wave and struck him on the beach and swept him out to sea.”

Frank had taken on a relationship that stoked the rage of a volatile ex-husband who had felt the pain of expulsion from his marriage. In turn, Matt, Frank’s father, absorbs the brute violence against his son and acts out of his own pain and desire for retribution. But for the bursts of violence, everything in the story is so ordinary: a family cookout in the summer, a town on the north shore of Massachusetts, an empty lot around a popular bar after all the patrons have gone home. The remarkable violence erupts out of loss. Dubus’s talent consists, in part, of reminding his readers that, were they faced with such loss, they might be capable of such violence. “Killings” does not depict war or some mafia shootout or a series of executions. It is the completely plausible tale of loss among ordinary, working-class and middle-class Americans.

“Townies” is equally recognizable. At the center of this story is a girls’ college that is a garden of Eden, complete with a tree at its center where the students go to smoke pot. Excluded from this Eden are two men, two townies. One is harmless, and the other, though shrewd and emotionally complex, turns savage when he feels he is beginning to lose what little access he has to Eden: “He was awash in the loss of control which he fought so often and overcame so little, though he knew most people couldn’t tell by looking at him or even talking to him.” Alone, exiled, poor, Mike preys on the students at the college. His voice and perspective are haunting because they are so real. It is a difficult voice to hear and experience, but, perhaps, one we should meet to begin to reflect on the rage manifested by those excluded from the Edens of class and privilege.

“The Winter Father,” the title story, depicts a different type of expulsion but one that underlies so many of the stories in the volume and that cuts close to Andre Dubus’s own life. The story is, perhaps, the most realistic and sensitive depiction of the life of a divorced father that I have ever read. Throughout “The Winter Father,” Peter Jackman improvises activities from sledding to attending Sunday jazz concerts in order to “entertain” his children. Throughout it all, Peter feels something is distorted or contrived. He recalls the nature of his children’s conversations when he lived with them under the same roof— they were spontaneous and natural, “sounds made between creatures sharing the same blood.” Whereas, in divorce, Peter feels transient and alone even with his children. All the car rides, all the activities and movies and the interactions initiated in these outings, all the places he takes them, continuously remind him and his children that they are, in fact, there because of the divorce. Peter’s loneliness finally finds some relief in the summer, when he and his two children can be in one place for a long time—where they can eat and talk and be quiet with each other—on the beach. Peter’s expulsion and loneliness, brought on by his own infidelity, do not lead to violence but humility and honesty.

The final story of the collection is the most extraordinary. “A Father’s Story” is thick with insight into prayer and parental love. Like Housekeeping, like Moby Dick for that matter, it begins with a narrator telling the reader his name and describing the surface of his life and the rituals that mark its time. However, when one of his adult children faces a crisis, the narrator reveals more of himself, particularly what he will sacrifice or countenance in order to maintain the bond and manifest the love he has for his daughter. In the midst of this crisis, he meets God in a whirlwind: “Then I said, ‘Oh God,’ and felt Him in the wind and the sky moving past the stars and the moon and the fields around me, but only watching me as He might have watched Cain or Job, I did not know which, and I said it again, and wanted to sink to the earth and weep till I slept there in the weeds.”

The final story of the collection is the most extraordinary. “A Father’s Story” is thick with insight into prayer and parental love.

Yet, upending the dynamics of the Job encounter, the father of “A Father’s Story” tells God something that God does not know—an aspect of love that is seemingly absent in God. The whirlwind experience deepens the father’s interactions with God and helps him to become more aware of his own motives:

When I received the Eucharist while Jennifer’s car sat twice-damaged, so redeemed, in the rain, I felt neither loneliness nor shame, but as though He were watching me, even from my tongue, intestines, blood, as I have watched my sons at times in their young lives when I was able to judge but without anger, and so keep silent while they, in the agony of their youth, decided how they must act; or found reasons, after their actions, for what they had done. Their reasons were never as good or as bad as their actions, but they needed to find them, instead of the awful solitude of the heart.

I hope these words from “A Father’s Story” serve to pique your interest in this remarkable collection. My introduction is already lengthy as it is, and I have only hit upon four stories. “The Pretty Girl” is an exceptional novella that draws its energy from the same dark currents of expulsion, the pain of loneliness and notions of retribution. It is graphic and violent, and its two perspectives clash over fundamentally different experiences of reality and relationship. “Bless Me, Father” deals with adultery and notions of innocence as well. Perhaps, as our conversation unfolds, we can discuss the four stories I detail above in the introduction and the ones I do not discuss here. And so, as I offer questions to begin our discussion, I invite you to comment on any of the stories from the collection that have moved you.

Some questions to start: