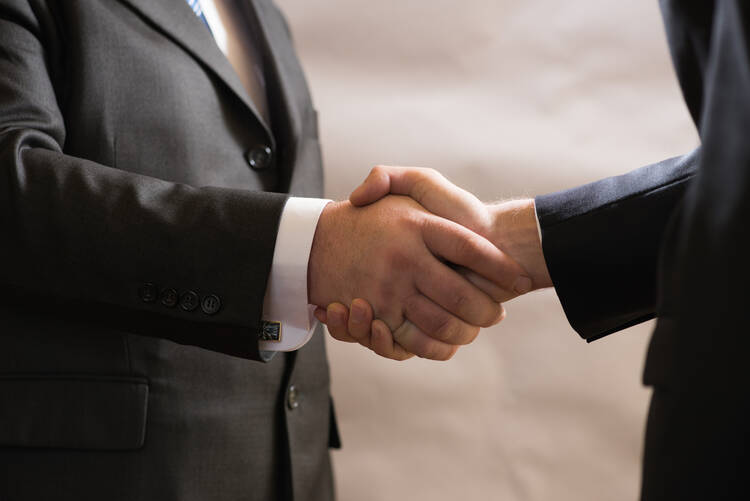 “The State Department is dead. Long live the Pentagon” would serve as an equally fitting subtitle for Ronan Farrow’s War on Peace: The End of Diplomacy and the Decline of American Influence.

Farrow applies his journalistic skill in this masterful treatment of U.S. foreign policy with interviews from leading military personnel and every living secretary of state, as well as personal narratives from his own time working in the office of the Special Representative for Afghanistan-Pakistan under Richard Holbrooke. He also examines the professional careers of scores of diplomats to present the continued decline and future challenges facing the U.S. foreign service.

In seeing the sacrifices of foreign service officers and the little attention that many of the “best and brightest” receive upon completing their missions, it is hard not to feel compassion for those who continue to strive for the goals of U.S. foreign policy. As Farrow points out in his introduction, diplomats—who frequently suffer under strife and hardship—do not generally receive a parade when they return home from war.

War on Peace is not an indictment of any particular president’s administration but rather an analysis of a general trend in U.S. foreign policy. Few diplomats are involved in the early stages of foreign policy discussions anymore; generals are tasked with the rebuilding of civic institutions; and the incentives and programs designed to bring expertise and fresh recruits to the foreign service have been drastically reduced. The Trump administration does garner a significant amount of attention from Farrow for its record budget cuts and failure to fill a number of key diplomatic posts. The key offices of the State Department have seen such dramatic decreases in staff that its treatment under President Trump has become colloquially known as the “Mahogany Row Massacre.” The book opens with the first scenes of firings in January of 2017, setting the grim tone for the work as a whole and foregrounding a key question: What is the future of U.S. diplomacy?

War on Peace opens with scenes of State Department firings in January of 2017, setting the grim tone for the work as a whole and foregrounding a key question: What is the future of U.S. diplomacy?

Farrow is not blind to the challenges of 21st-century diplomacy, including a cumbersome bureaucracy in Washington and (depending on the administration) a fair degree of micromanagement from the White House. He stresses that U.S. diplomacy needs to adapt and meet the demands of the new century while retaining the tactics and practices that can turn diplomatic possibilities into realities. Without its corps of diplomats—the men and women who stride across the world stage and capture the public imagination, who don hazmat suits and brave nuclear facilities in unstable countries, who travel into war zones to save U.S. citizens and broker peace—the only option left for the United States, Farrow notes, might be to drop bombs and hope our enemies are incapable of rebuilding.

Farrow’s analysis is not, however, an indictment of the U.S. military. He emphasizes the importance of the military as a diplomatic instrument rather than as a tool of first resort. He does not shy away from the more unseemly endeavors of the U.S. military and intelligence communities. His concern clearly stems from a desire to preserve life, especially those of U.S. service men and women, to build peace and to create opportunities for further global cooperation. He notes that it is more costly, both in terms of money and human life, to meet every challenge with a gun or bomb when diplomatic missions produce longer-lasting security.

Career diplomats and foreign policy experts, Farrow notes, are often the least and last informed about decisions being made regarding U.S. foreign actions, and the over-militarization of foreign policy dictates that those sitting at the negotiating table are less likely to be foreign ministers and more likely to be generals. When the only tools available are armies and drone strikes, every situation begins to look like a field of battle as opposed to an opportunity for peace, cooperation and future democracy.

Without expert voices, without relationships between diplomats built over decades of professional cooperation and without the institutions or political wherewithal to pursue peace, what does our future hold but war?

The reasons why U.S. presidents have moved away from diplomacy, Farrow suggests, have much more to do with what the U.S. public demands than any prolonged plan for stability. Farrow’s narrative rightly focuses on the decline of a necessary institution—and this decline is the weathervane that points to where the country’s priorities lay. Our polity has historically been wary of foreign entities and international bodies and, thus, of those who cooperate and negotiate with them. Even though this wariness has proven detrimental in the past for the global community, it is a point still often raised in presidential campaigns.

In the acknowledgments, Farrow imagines his own work as the bookend to Dean Acheson’s seminal 1969 book Present at the Creation, claiming that we are, in light of extreme populism around the world, witnessing the dismantling of the post-war organizations that have attempted to render peace and stability possible. The trends of the last 50 years and particularly the last 25 since the end of the Cold War era suggest that he is right.

War on Peace is a call for a better tomorrow. But facing the reality of a defunded and sorely understaffed State Department and with the growing presence of active and retired military personnel in policy-making processes in an increasingly complicated global community, it also raises an important question: What hope is there for the future of peace? Without expert voices, without relationships between diplomats built over decades of professional cooperation and without the institutions or political wherewithal to pursue peace, what does our future hold but war?

This article also appeared in print, under the headline “Bombs over Bridges,” in the September 17, 2018, issue.

Nicholas D. Sawicki is special assistant to the president and editor in chief of America.