How to build a better university

How to build a better university 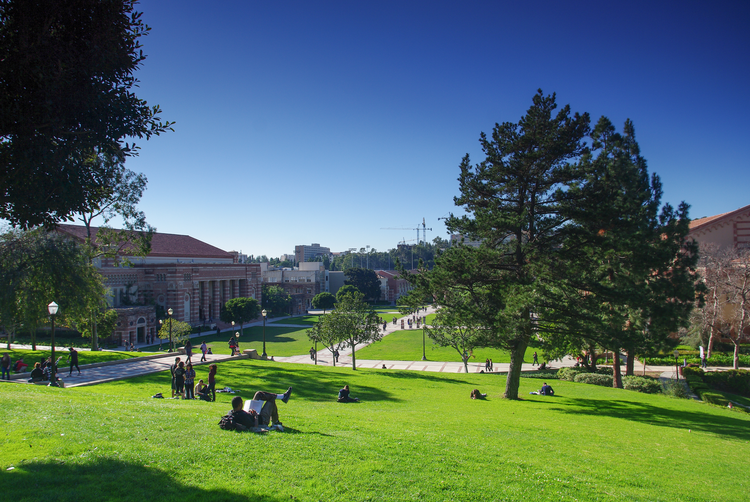 I had just stepped down after 12 years as president of Fairfield University when I read this book. Because it is so comprehensive in its presentation of best practices in academic leadership, it offered me the opportunity to do a bit of self-assessment: an examen, if you will, in Ignatian terminology. Although titled Realizing the Distinctive University, this book is really about how to be an effective administrator. Mark Roche is self-evidently a superb academic administrator and has held two jobs that I also had, as a department chair (at Ohio State) and as dean of arts and letters (at the University of Notre Dame). Yes, I found myself saying, I did that part of the job pretty well; or, boy, I wish I had been as effective as the author clearly has been in this other part.

Roche does not leave much out about what it takes to be a good administrator at his level. He has not been a president (although I’ll bet he has been asked to be!), so there are aspects of that job—mainly the nonstop fundraising and the external public relations piece—that he does not deal with. But there is enough here to make it clear what the path to effective university leadership is along the academic track—faculty appointment, tenure, department chair, dean, provost, president—and what that track has to recommend it (or not!). A chief advantage is immersion in university culture through the acquisition of line academic experience. But today the president’s job is thought to have so many nonacademic aspects to it that an increasing number of presidents are hired from outside that track, and even from outside the university.

This is not a book about the Catholic university per se. That was the topic of Roche's earlier book, The Idea of a Catholic University. But it is a book about the practical advantage—indeed, the necessity—of cultivating a distinctive identity for any university, public or private, religious or secular. That being said, Catholic universities in particular and denominational universities in general are in the best position to articulate and foster institutional distinctiveness, especially a place like Notre Dame. Roche offers examples of how Notre Dame’s distinctiveness enabled him to attract and retain faculty from more prestigious institutions, even those that were not Catholic, because they could relate to one or another aspect of the university’s mission or simply admired that it had such a strong mission.

Because mission is so central to institutional identity, Roche makes the point that vision is of primary importance for the university administrator. Vision is of course based in mission, which is something of a historical given, but vision is forward looking and planful, and Roche demonstrates how every decision of the good administrator, from hiring to resource allocation, must be based on vision. The greatest temptation and danger for a university administrator is to let the demands and satisfactions of day-to-day business take away from the time and effort needed to plan for, articulate, communicate and execute a vision for the institution.

A Space for Inquiry: Catholic universities and the search for meaning
Terrance Klein

Probably the section of Roche’s book that I read with greatest interest had to do with faculty accountability and effectiveness, because this is one of the greatest challenges facing any academic administrator and the subject of the most serious criticisms of the university today. How does one reward and incentivize effective faculty, and how does one hold low-performing faculty to account, when some faculty argue (as they did at Notre Dame and at my own institution) that this very effort is misconceived and inimical to the communal values of the institution? This issue usually centers on merit pay, and I have worked at institutions where the faculty fought to have everyone receive the same increase regardless of performance. Roche started out a strong advocate of accountability, but after resistance he moved to talking about “mentoring” faculty who needed improvement and to a two-step merit system that gave most people “standard merit” for acceptable performance and “additional merit” for superior performance. This is where we ended up at my last institution after many years of struggle.

One reason why I think Roche’s book was not as helpful or as relevant as it could have been to administrators at the great majority of universities is that he may not fully appreciate how fortunate he was to be an administrator at Notre Dame. If you are talking about institutional distinctiveness, is there another institution in the country that has this down better than Notre Dame already?

Secondly, although I am sure that Roche appreciates that Notre Dame is a wealthy institution, I am not sure he appreciates the qualitative difference between what an effective administrator can accomplish at a place with abundant resources versus what can be accomplished at institutions that are financially stable but have nothing like the endowment or the incredibly generous donor base that Notre Dame enjoys. As I read Roche’s book and marveled at all he was able to accomplish, I could not help recall Barry Switzer’s baseball analogy about being born on third base.

How about advocating free speech and lowering costs? And maybe diverse opinions in non-religious areas. I assume Fairfield attempts to promote a Catholic worldview but could be wrong. That would be one area where a Catholic university might be guilty of not having full diversity of thought.

Such a great article! My smile becomes wider as long as i read it. I think its almost utopia but very glad for us that ut all can become true! But i'm wondering about some thesis about internet and social networks. Nowadays children can use such sites like https://pro-papers.com/au and don't do any homework or coursework. And what about children in future? it will be easier for them to cheat!

This article also appeared in print, under the headline “Mission and Vision,” in the May 28, 2018, issue.

Jeffrey von Arx, S.J., is the superior of the LaFarge House in Cambridge, Mass. and president emeritus of Fairfield University in Connecticut.