Are we on the cusp of a French Catholic renaissance? 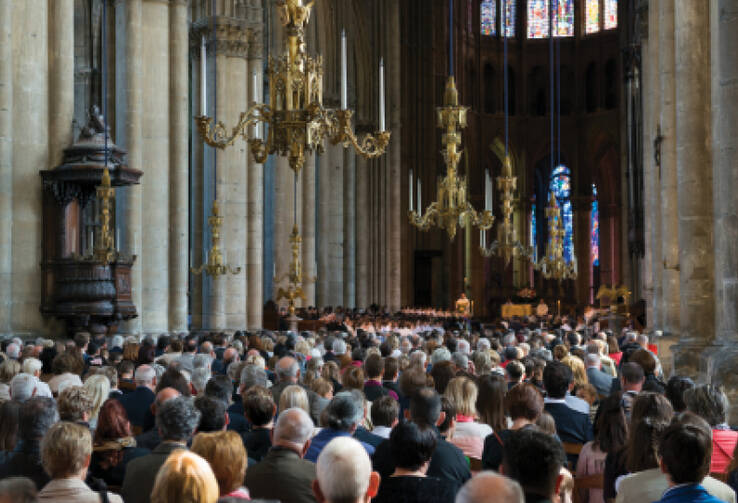 People gather for a Saturday morning service at the cathedral in Reims, France (photo: iStock/Joel Carillet)

How should faith and religion shape one’s political commitments? Is religious involvement in politics a threat to the modern liberal state, or might religion offer something that the state cannot itself provide? Such questions find particular urgency in contemporary France—a country simultaneously described as the “eldest daughter of the church” and yet famously marked by the ideal of laïcité, a strict legal separation of religion and the state.

In the wake of the French presidential elections in 2017, two recent works of Catholic political reflection tackle these questions from differing perspectives. Pierre-Louis Choquet, Jean-Victor Elie and Anne Guillard appeal to their fellow Christians, exhorting them to renewed political involvement in leftist causes with their Plaidoyer Pour un Nouvel Engagement Chrétien (“Advocating for a New Christian Commitment”). Elsewhere, the noted philosopher Jean-Luc Marion turns his attention outward to wider French society in his Brève Apologie Pour un Moment Catholique (“a short apologia for a Catholic moment”), asserting that there is no reason to fear an active Catholic presence in French society while nonetheless upholding the necessity of separation between religion and state.

Choquet, Elie and Guillard’s Plaidoyer makes an impassioned call for greater political engagement by leftist French Catholics. The authors’ theological reflections reveal a deeply incarnational spirituality, convinced of the need for political engagement in order to “search and express the ways in which God reveals Godself in our contemporary experiences,” and subsequently how one’s image of God may be refashioned by the world. They consequently argue for a reinvigoration of Christian involvement in traditionally leftist causes, and that cooperation with people of different beliefs in such endeavors opens the very space in which to encounter God.

Is religious involvement in politics a threat to the modern liberal state, or might religion offer something that the state cannot itself provide?

The authors proceed to articulate a Christianity of “incompletion”—one that resists modernity’s legacy of “mistrust and tension” between the political life and religious belief, which also rejects the drive for ideological purity through isolation. A Christianity of incompletion recognizes its need for collaboration with others, engages directly with the world and through political systems, and admits that global problems do not fall solely under the purview of Christianity to solve. The authors make repeated reference to Pope Francis in this regard, pointing to his writings and what they see as the as-of-yet unrealized promises of the Second Vatican Council. Concern for structural sin and collective problems, the centrality of ecological concerns to social justice issues and the need for wider collaboration “with all people of good will” characterize their plea for a new Christian engagement in politics.

Critics may observe that Plaidoyer is susceptible to critiques levied against other leftist political theologies, like liberation theology. Are God and faith merely subjugated to a pre-existing political agenda—an appropriation of religion at the service of left-wing causes? The authors work to defuse this potential criticism belatedly in the second section of the book, noting that one finds God enmeshed in the world precisely through one’s political commitments and not in lieu of them.

Jean-Luc Marion adopts a different assessment in his Brève Apologie. Rather than attempt to embolden Catholics toward a particular set of political causes, Marion argues in favor of separation between political power and religious authority, one which nonetheless recognizes the privileged role of Catholicism in the social sphere.

The crux of Marion’s text is an insightful and much-needed genealogical analysis of the concept of laïcité. Marion traces this concept through historical, theological and legal perspectives to demonstrate how this logic of separation originally derives from a religious heritage rather than an antireligious political concept. The separation of secular state power from religious authority serves as the very condition for a religious society existing within a free democratic state: protecting individual freedoms in the state while refusing to “imprison believers in a civic cult.”

A Christianity of incompletion recognizes its need for collaboration with others, engages directly with the world and through political systems, and admits that global problems do not fall solely under the purview of Christianity to solve.

In doing so, Marion offers a valuable corrective against “anticlerical partisans,” those who argue that the secularity of the state should extend to impose secularity upon all of society. He asserts that this conflation of official state neutrality with an antireligious or areligious society fails to understand the heritage of laïcité in France and also refuses to recognize the benefits of religion to French society. As Marion observes, the Law of 1905 establishing the secularity of the French Republic does not even employ the term laïcité and instead “prolongs the more ancient [theological] tradition of separation.” Thus the state becomes secular with respect to religion while society remains marked by religious beliefs. Such separation does not eradicate religion from society but preserves it by making the political state neutral.

Marion raises the intriguing point that this logic of separation provides a potential model for Islam in contemporary Europe. He leaves unanswered the question whether Islam can “accept and endure the test” of separation between religious authority and political power, though he underscores the importance of this question as European Muslim populations continue to grow and as theocratic and fundamentalist regimes continue to exist elsewhere.

Not just another papal visit to France
Austen Ivereigh

Marion also perceives in Catholicism potential resources to benefit the wider society that the state itself cannot provide. He examines the founding ideals of the French Republic—liberty, equality and brotherhood—and claims that while the state can potentially enforce liberty and equality (albeit with difficulty), true brotherhood cannot derive from the state. Marion claims that the ideal of brotherhood, marked by communion with others and a universal recognition of humanity, can find a helpful model in Catholicism and its highly developed practice of communion.

Marion is not entirely convincing in this line of argumentation, and the notion of religion as a resource or model for the secular state requires further elaboration. He also implies that Catholicism possesses a quasi-gnostic ability to provide a panacea for the ailments of contemporary French society. Furthermore, it seems that Marion’s emphasis on separation between religion and state creates a hierarchy, setting Catholicism above both state and society.

Despite differing points of emphasis—directly enmeshed in political causes versus a defense of the logic of separation—these two works carve out a space for Catholic engagement in either the political or the social sphere. Neither work advocates the retreat of Catholicism from the secular public in the name of ideological purity, and both resist the notion that religion ought to disappear from the public space entirely.

In either case, Catholicism has something valuable to say and a place to stake amid an avowedly secular state. The church cannot afford to cut herself off from French society—such would be to the detriment of France and an abdication of the Catholic faithful.

This article also appeared in print, under the headline “A French Catholic Renaissance?,” in the Spring Literary Review 2018, issue. 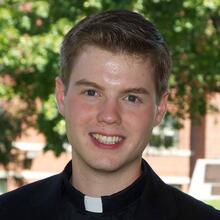 William Woody, S.J., teaches in the philosophy department at the College of the Holy Cross in Worcester, Mass.