An intriguing and puzzling new book by Stanley Hauerwas 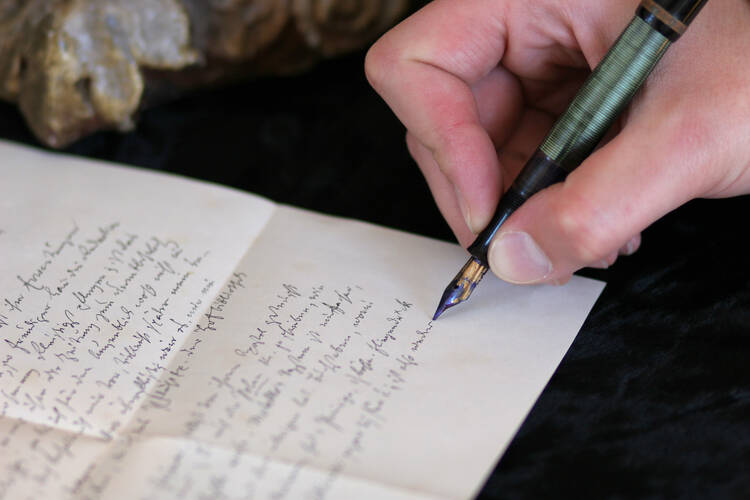 When Time magazine named Stanley Hauerwas “America’s best theologian,” I was struck by the timing and content. Two weeks after Sept. 11, 2001, it seemed an odd choice to put a white male theologian on the cover, perhaps an attempt to grasp at “American” identity in a recently traumatized, seemingly secular age.

The Character of Virtueby Stanley Hauerwas

Where prophets of the so-called secular world spar with figures of faith in public discourse, Stanley Hauerwas cuts a complicated figure. At 77, he is an emeritus professor at Duke Divinity School and now a professor at the University of Aberdeen. He is avowedly Christian and Texan, the son of a bricklayer father. To be a theologian at an elite university requires, for this self-described ineffectual bricklayer, describing foundations of a different sort.

Where prophets of the so-called secular world spar with figures of faith in public discourse, Stanley Hauerwas cuts a complicated figure.

Nor does Hauerwas always fit easily into the categories of academic theology. A Protestant theologian, his intellectual work tends to be cross-disciplinary, engaging not just Augustine or virtue theory but also political science, philosophy, history and the social sciences. Some would consider him a member of the “evangelical left” for his outspoken disdain for American militarism and consumerism, but he is also a fierce critic of mainstream liberal Christianity and democracy. His most famous book, Resident Aliens: Life in the Christian Colony (1989, co-authored with William H. Willimon), advocated for Christian distinctiveness and communitarianism against mainstream cultural dilutions: “[W]hile the American church was busy thinking it was transforming the world,” write Hauerwas and Willimon, “the world declared victory in its effort to extinguish or to ignore the church.” In this statement, Hauerwas’s work resonates with the so-called Benedict Option, which sees a need for Christian enclaves apart from secular society (though Hauerwas would never agree with any such option that fully eschewed continued engagement with broader culture).

Hauerwas’s newest book, The Character of Virtue, is by turns intriguing and puzzling, illuminating and evasive. Its origin lies in the invitation, late in Hauerwas’s career and life, to be godfather to the son of an Episcopal priest, Samuel Wells (now vicar of St. Martin-in-the-Fields in London). Wells’s invitation—as he himself describes it in the preface to the volume—derived from a meeting of their theological minds (“C. S. Lewis speaks of the moment two raindrops on a windowpane coalesce and become one, and hasten downward all the faster”) and the fact that it “seemed obvious” that Hauerwas should be the godfather to his first child. Given the distance between Durham, N.C., and London, Wells had a suggestion for Hauerwas. He could write Laurie (the godson) “a letter to mark his baptism, and by writing each subsequent year on the anniversary, each time focusing on a particular virtue that seemed suitable for his stage in life, until Laurie was old enough to read them for himself.”

After a preface by Samuel Wells and a baptismal letter from Hauerwas, the next 15 chapters of this volume are annual letters to godson Laurie, each focused on a different virtue. Readers will find here many classic Hauerwas tropes, such as sectarianism and the uncomfortable détente he believes Christians must have with the nation-state; nonviolence; and the “sad fact that America remains a country in denial” about the fundamental racisms and genocides on which it was founded.

Hauerwas is especially skilled as an accessible teacher of virtue theory in conversation with Gospel values, drawing heavily on Aristotle, the Bible and sometimes his own experience. (He mentions Aquinas but once, and Augustine somewhat more frequently.) He is frank that “I’ve spent a lifetime trying to convince those who think about ethics that character and the virtues are crucial for any adequate account of what it means to live well.” His reflections on friendship are poignant: “Friendship,” he writes to Laurie, “is but another name for hope.” Many of his reflections suggest a man who has lived a long life as a professional theologian and is facing questions (which he names, if only obliquely) of mortality and legacy.

There are points in the book that surprised and heartened me, and reminded me of why Hauerwas is difficult to categorize. Two examples are his fervent avowal of Texan heritage adjacent to his radical critique of the nation’s founding injustices of racism and genocide, and his embrace of embodiment as an important mode of human being and becoming (“our bodies beg to be formed by habits,” he writes). The many virtues he explores are relevant and necessary topics of reflection in the present day. Among them, I was especially struck by chapters on justice, courage, temperance and friendship.

The many virtues Stanley Hauerwas explores in The Character of Virtue are relevant and necessary topics of reflection in the present day.

But I was also haunted by a persistent, deflating sense that the task at hand was somehow more performative than pastoral or god-parental. We learn some modest information about godson Laurie: for example, he has a dog and, later, a sister; we learn that the Wells family moved to North Carolina for a time, where Hauerwas occasionally enjoyed watching Laurie’s sports matches. But there is not a dimensional sense of relationship between godparent and godchild; we learn nothing about how Laurie encounters the content of these letters, or whether they are ever discussed between the younger man and the older.

Granted, Hauerwas does try from time to time to surmise what sorts of questions and topics Laurie may be facing in his everyday life and acknowledges in the end that he may not have been very successful in these connections and conjectures (“I’m sure I don’t know the challenges you face on a daily basis, and I’m clueless about what people call popular culture”). But were there not opportunities to delve into textures of his own history of persistent ambiguities faced, or errors made, or clarities achieved and insights gleaned? It is not just the godson who feels distant; it is also the author.

I puzzled over this until the latter third of the book, when Hauerwas acknowledges and admits to Laurie in a letter—in response to a query from his wife—that he is in fact orienting these letters for publication. The 15th—and apparently last—letter explicitly says to Laurie: “I’m writing with the knowledge that these letters will be published and I hope widely read. Still, I hope that you’ll find these last reflections on the nature of the moral life useful.” Why is this the last letter? Does the god-parental charge end at the age of 15, or more perniciously, the publication of the book? For whom are these letters intended, after all?

Mulling this question, I thought about comparable but radically different texts—E. O. Wilson’s Letters to a Young Scientist, for example, or Chimamanda Ngozi Adichie’s Dear Ijeawele, or A Feminist Manifesto in Fifteen Suggestions. Both are attempts to articulate the accrued wisdom of a life lived to a younger person (in the former case, imagined; in the latter case, very real). The Character of Virtue would pair extremely well with those as a tripartite conversation of books in a similar genre about what it is to endeavor to live well amid many social and personal challenges and to reflect with one’s knowledge on the challenges a future generation may face.

On the one hand, The Character of Virtue is a useful and accessible distillation of much of the thought of a complicated, yet consistent, theologian. I also love the concept of a baptismal anniversary letter to a godchild: what a lovely gift and legacy, both to author and recipient, as a moment to note the shape of one’s own life past as the cusp of another’s adulthood expands.

On the other hand, I could not shake the impression that in the tutorial tone of the book and in its conscious composition as something eventually to be published, Hauerwas avoids the hard mettle of intergenerational vulnerability-in-relationship that a godparent at his or her best could offer. And that, perhaps, is where the most productive lesson of this book resides: It is not in the decisive statements of theory that life’s lessons take root but rather in the tumbles of discernment, embodiment and practice that they accrue.

This article also appeared in print, under the headline “Theory and Practice,” in the Spring Literary Review 2018, issue.