The casualties of war 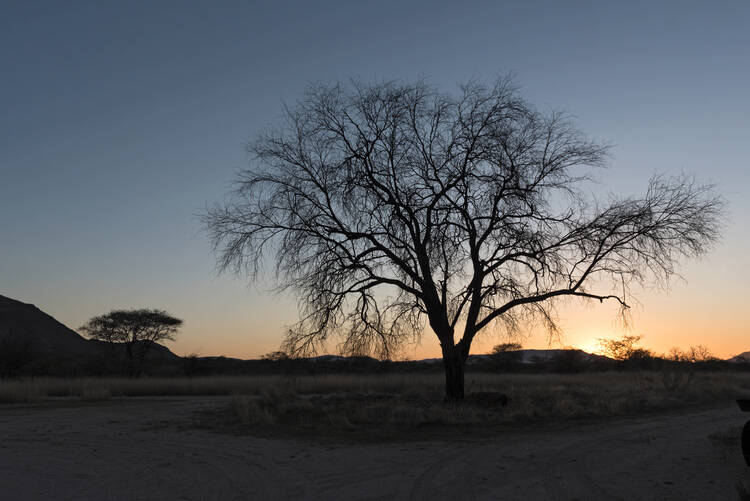 The scene was in Mogadishu, a city on the coast of Somalia, which juts out into the Indian Ocean on the easternmost tip of Africa. It was just a few years ago, when Somalia and a number of other African countries were still dealing with insurgencies inspired by religious controversies. The behavior and dress of young women in Mogadishu was severely controlled, including when they played sports like basketball. But the girls loved to play, building and enjoying their friendships, even though playing put them in danger. Faiza was a very popular young woman who inspired her many friends to pick up a basketball for the first time and develop a love the game.

One evening, as she sat alone at home after entertaining guests, a group of Al Shabaab militants arrived at her house. “They took her to an empty lot far from her home and, hours later, left her body there,” Alexis Okeowo, author of A Moonless, Starless Sky, writes. “The men didn’t just kill her. They tortured her, cutting her body and face with shards of glass, shaving her head, leaving marks all over her. She was bruised, torn to bits, thrown away as if there weren’t people who loved her.” She was killed for loving basketball, and to make other girls fear for their lives.

Okeowo is the daughter of Nigerian immigrants to the United States; her father was a journalist and her mother was a nurse. She grew up in Alabama and attended Princeton University. Now a staff writer for The New Yorker, she has pulled together the recent histories of four African nations from widely separated corners of the continent: Uganda, Nigeria, Mauritania and Somalia. Conscious of the alliances among many terrorist groups like Al Shabaab, Al Qaeda and Boko Haram, she has traveled widely on the continent, concentrating on the wars’ effects upon women captured, tortured, raped and turned into the slaves of rebel men. From an evangelical Christian family, she was particularly interested in the impact of Christian morality on men and women ordered to do things they would normally never tolerate, like killing and engaging in sexual relationships with one’s captors.

Alexis Okeowo has traveled widely in Africa, concentrating on war's effects upon women captured, tortured, raped and turned into slaves.

The first story in Okeowo’s nonfiction collection begins, “The moonless, starless sky was bright the evening Eunice met Mosco in the forests of southern Sudan.” The Lord’s Resistance Army had been raiding villages and abducting children. Eunice had been visiting her sister in a girls’ boarding school when the rebels attacked. For weeks, tied to one another, Eunice and the other abducted girls had to trek through the forest toward Sudan, where more rebels emerged and began to pluck the captives who caught their eyes.

A uniformed teenager appeared before Eunice; another soldier stepped up and said, “This will be your wife.” His name was Bosco; he was 17 years old; she was 15. Three years before, Bosco had been kidnapped along with his brother, Patrick, and then trained as a soldier. He had to watch as the L.R.A. man cut a cross into Patrick’s head and chest, then chopped off his hand and put it inside the boy’s stomach. The other captive boys were ordered to extract and replace the hand in the stomach. Four refused and were executed, but Bosco complied. Now he was hardened to the killings and kidnappings he was ordered to carry out.

On their first night, Bosco asked Eunice to sleep with him. She refused. He raped her.

Another chapter, set in Nigeria, tells the tale of Abba Aji Kalli, who was 11 years old when he stole his grandfather’s tractor and drove it around town. When the grandfather found out, he beat the boy severely. The boy’s self-confidence remained intact, and he later studied to become an accountant. Along the way he married at least four times and fathered many children. He loved being an instrument of justice, a check on the moral corruption in Nigeria. People respected him and came to him for advice, so he changed his name to Elder.

At his second wedding, a guest homilist blamed the government’s failures on Western civilization and education. He was tied to Boko Haram, which was gaining a following in Nigeria. The group had started a war by promising redemption through insurrection. Boko Haram members destroyed water sources and power stations and even threw children into fires. The citizens, including Elder, feared that if the crimes were reported, the informants would be killed. He later learned that his own nephew had joined Boko Haram.

Progress and Challenges as Africa Prepares for Synod
The Editors

Hope for Uganda: In the wake of violence, a campaign for forgiveness
Paul Jeffrey

There was no logic behind Boko Haram’s killing. Just living your life and caring for your family made you a suspect. Elder himself was taken out of his house and hit on the head with a gun butt. He could not blame the military; out of fear, the public gave them no information. Elder “had become used to death.” Finally he organized groups of citizens —vigilantes—to enforce the law. They called themselves the Civilian Joint Task Force and gathered lists of names of local Boko Haram members.

Elder caught his 18-year-old nephew with an AK-47 and brought him to the authorities. The nephew not only admitted membership, he confessed to killing more than 20 people and that he was thinking of killing Elder. There seemed no chance of rehabilitation. So Elder, with satisfaction, stood by and watched as his nephew was shot.

Okeowo concludes her book by returning to the girls who formed basketball teams in Somalia. The players are flying out of Mogadishu to Bosaso, where they will drive 300 miles to the regional capital of Garowe. Just before Christmas a committee of clerics had declared basketball “un-Islamic.” The girls had seen ads on Facebook urging the people of Garowe to slit their throats. But they were going to play no matter what. They would meet the religious leaders halfway. They would not be “naked.” They would play wearing the hijab along with long pants and shirts.

Each night after the games they danced and sang more love songs.

This article also appeared in print, under the headline “Profiles in courage ,” in the March 19, 2018, issue.