The high cost of free speech on campus 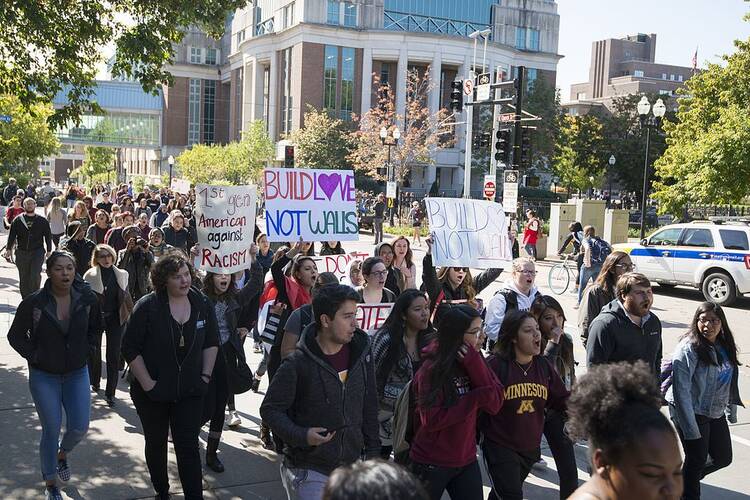 University administrators these days often find themselves trying to navigate between two dangerous extremes: the Scylla of policing obsessively the expression of ideas so as to avoid triggering any university students who may feel unsafe, and the Charybdis of giving license to student groups to invite monsters like Richard Spencer or Milo Yiannopoulos to campus. The former can lead to the censorship of legitimate speech; the latter can turn campuses into unwitting forums for openly fascist rhetoric designed to torment the disadvantaged. Is there a way to steer between the two?

Not really, argue Erwin Chemerinsky and Howard Gillman in Free Speech on Campus. Steer as close to Charybdis as you can and hope for the best. Freedom of expression is close to an all-or-nothing proposition by their lights: Even the best-intentioned attempts to keep students safe from harm inevitably lead to censorship and coddled minds. Throughout history, from Reformation-era attempts to monitor printing presses all the way to the creation of “safe spaces” on our college campuses, they argue, censorship inevitably hurts those it is designed to help.

Freedom of expression is close to an all-or-nothing proposition by their lights.

The authors, legal scholars and academics both, fear that “students’ support for basic free speech principles is dramatically eroding” and that “university leaders are well versed in providing full-throated defenses of civility and tolerance, but their arguments for protecting the expression of all ideas, even those considered offensive and hateful, are often less clear or convincing.” While Chemerinsky and Gillman draw the line at physical threats and harassment based on sex, race, creed or sexual orientation, they otherwise recommend that universities defend freedom of speech at almost any cost.

Their most valuable contribution to this national conversation is a clear and coherent summary of the issues involved in free-speech debates. Accounts of controversies past and present are fair and nuanced, and consistently give the salient points in layperson’s terms. Accepting the authors’ arguments and their capacious willingness to tolerate offense, however, will be a hard sell for educators increasingly accustomed to a world of safe spaces and speech codes.

This article also appeared in print, under the headline “The high cost of free speech,” in the February 5, 2018, issue.